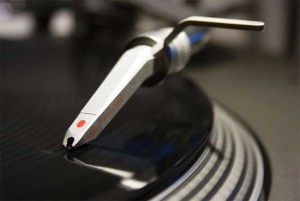 This is a post I made on weightless.net last week with an updated status of my album. I figured I would repost it here for those interested:

Truthfully, my record not dropping yet is more a decision of mine than theirs. I had a release date that i decided i was a little too rushed to do everything I wanted to do, so i let it go. After that, I took a step back and we decided to just make the album as good as possible and not stress release dates.

but there have been some issues along the way:

1. the dude who did my artwork (and tons of artwork for me over the years) retired. this may not seem to have much impact since the art was done, but it could pose a real problem when you want to get adjustments made or when you want to adapt that design to fit other mediums like web, print, advertisements. so i had to get my artwork totally redone.

2. hard drive crash – everybody around me knows i had a major hd crash around march that had the lab closed for a couple months. i just got everything back up and running, and actually i think my setup is better now because everything is mobile, so i can do beats anywhere now, which is what i’ve always wanted to do but never quite could.

3. sample clearance issues – there’s a couple things on my album that rse is concerned about, and would like to pull off the album because of samples. obviously i want to keep the songs, but to do so i need to find a creative way to get rid of the samples in question w/o ruining the essence of the song. this is something i havent really had to deal with before because i was “under the radar” so to speak. on 1988 i was able to do whatever i wanted to do and i didn’t think twice about samples. however, there is a feeling that this record will get more exposure and because of that it will also become more of a target for lawsuits for uncleared samples. i kind of knew this going in so i kept the blatant samples to a minimum, but there are still some things that i need to be cautious about and fix. so between having certain things replayed and reevaluating the tracklisting i’m trying to resolve these issues.

4. the edit – i’m trying to cut the album down time wise and song wise. it is a very dense listen and i dont want to make it any more challenging of a listen than it needs to be. plus i’m a fan of short albums with little filler.

at any rate, its really in my court at this point, and my goal is to have all this stuff wrapped up soon…like within 2 weeks, especially since my lab is back up. i came back from soundset very motivated. i was honestly very shocked that so many people were asking me about new music and still responded to 1988 and Things Go Better, and it encouraged me to get back n the lab and fix all this shit asap. sometimes its good to me reminded that people enjoy what you do and want you to continue doing it.