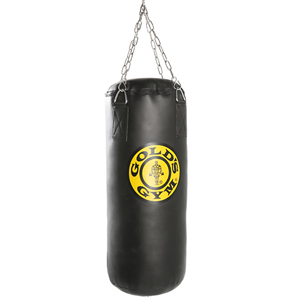 when i was younger i used to get into fights. not all the time, but from the the time i got into 4th grade up until 9th grade i definitely remember getting into at least one fight per school year, and getting suspended because of it.  the wildest part was that i rarely ever fought anybody my size; it was always a kid who was bigger, and way more brolic than me.  Not that i’m big now, but i was definitely a skinny kid.  being the youngest of four didn’t help matters any either, because i cant remember EVER winning a fight against my older siblings.

i remember my mother used to tell all the time me that my mouth was gonna get me in trouble, and she was right, because almost every single fight i got in was because of some smart shit i said.  whether that was unapolgetically laughing at a joke somebody else told about a kid twice my size, or just mouthing off to a kid that i knew i shouldn’t be mouthing off to, my mouth constantly wrote checks that my fists weren’t prepared to cash. there were plenty of times when the kid who was bigger than me just looked at me as a easy victory because i was smaller too but even then i’m sure i could’ve probably avoided the entire thing by keeping my mouth shut.

at any rate, now that i’ve grown up what i noticed about fighting is that it always involves a great deal of anger and rage; moments where somebody basically loses control and does something to somebody that they probably end up regretting the next day.  so i’ve always felt really uncomfortable with my anger.  and truthfully i’ve overcompensated by appearing more relaxed and composed than i really am sometimes. but all that leads to is not having an outlet to vent that anger in, and anger without an outlet is a very bad idea.

so this december i had the wildest idea to just buy a heavy bag and some boxing gloves.  i set it up in my basement and now whenever i get frustrated with how a day is going or somebody is an asshole to me I just throw on the gloves and hit the bag.  I know you’re probably thinking “al, what’s the difference, your still upset and punching something? and that’s not good”

the other night me and my dude were in this club, drinking beers, waiting around to pass out some flyers. i see two really drunk dudes over his shoulder, doing dumb shit like jumping into the isle in front of chicks, running up behind chicks, and bumping into people on some sloppy drunk shit–not apologizing for any of that shit.  i think i remember telling my dude “look at these assholes over here” earlier in the night.  now, about 20-30 minutes later one of the dudes is standing a couple feet away from us, and starts bumping into everybody, including my dude.  i already know this isnt gonna turn out well.  my dude is getting bothered by it, then eventually turns around and tells dude to chill out.  at this same second another girl who was also getting bumped by this dude repeatedly comes up and is like “yeah you need to stop”.  dude is beligerant and obnoxious at this point, and cant be told shit. gets up in my dudes face and says a lot of things that basically took it from a misunderstanding to war.

i take the drink out of my dudes hand and step from in between them, not because i’m really all about the fair fight because this dude was WAY bigger than both of us (Like 6 foot 2 and about 225 maybe) but because i remembered he had a dude with him and i didnt want that dude to get the drop on us if we had to stomp out his dude.

so big dude pushes my dude, i gently reach out and grab dude by his shoulder and hip (because i was right behind him), and my dude hits him with a barstool then punches him in the face. dude is unable to move because i had him hemmed up, so i just put dude on his back, and look at him like “dude you’re helpless”.  at this same moment security from the club rolls up and is like “are you about to stomp him out bro? whats going on?” and i was like “i could but i’m not going to”.  i let dude up, they throw dude out, we go home.

now, here’s the point i’m trying to make by writing all this–at no point during this entire conflict did i get upset or offended or out of control.  i never even raised my voice or said anything. everything was really matter of fact to me. not because i’m some cold, calculated dude. but i think theres a couple reasons why.

first, its because i dont have rage associated with physical confrontation anymore since i bought the punching bag.  back in the days every conflict i got in involved anger and rage, and all that shit that makes people do shit they regret, and hurt other people but this time around i didnt feel any of that.  my dude was really angry, and i knew there would be no turning back for him, but i just accepted what it was and moved accordingly.

second, i respect the power of a punch more than ever.  when you sit there and punch a bag, and study the science of how to throw a jab and a hook for real (not that i’m any good at either), you really respect it more.  Also, you respect how fragile people are and how one punch can change or ruin somebody’s life forever.  Its a weapon that you have to really be careful about using, only when you absolutely need to, and its almost no different than a gun, although we believe it is for some reason.

I’m not saying this to sound like a peace-loving, hippie ass, pacifist, because I’m definitely not that either, but I do think that we all need to reevaluate our stance on violence and conflict and how we teach our kids these things.  I know that most parents would consider sending their kid to boxing, or karate, or self-defense class a cosign that its ok to be violent towards others, but i’m starting to believe the opposite is true.  when we don’t arm our children with the power of these things they never understand it, and never respect it until its too late.  the same argument could be made about parents teaching their kids about safe sex.  you can ignore talking to your kids about sex altogether and hope they dont do it, or you can arm them so that if they do actually do it they respect the power of it and have an understanding of it.

the choice is yours.