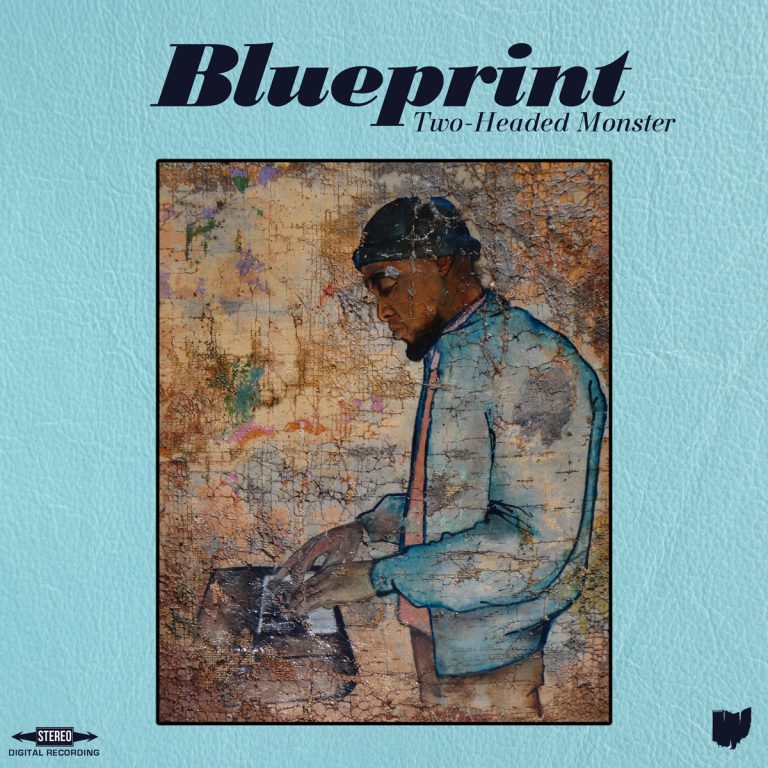 Although Blueprint is known primarily as an MC by most casual fans, those who are truly in the know understand how prolific and effective he has been as a producer throughout his career.  In fact, during the early part of his career, he was known primarily as a producer, crafting the soundscape for multiple albums by Illogic and his crew Greenhouse Effect, as well as releasing two instrumental albums.  That all changed when his Soul Position collaboration with RJD2 thrust him into the spotlight as an MC and his self-produced debut solo album 1988 showed he could rhyme and produce with the best of them.

Throughout the history of hip-hop, there have been many great producers and many great MCs, but very few who excelled at both.  With Two-Headed Monster, Blueprint shows once again that he a monster at both beats and rhymes.

Produced entirely by Blueprint, the album also features guest appearances from legends of the underground scene in Slug of Atmosphere, Aceyalone, Mr. Lif,  Has-Lo, Wordsworth, and Supastition. The result is a soulful boom-bap album that adds onto the legacy of the great MC/Producers who paved the way before him.