While it is true that I have a great number of fans who know me primarily as a vocalist, I’ve also realized that there are also many fans that don’t really know how serious I am on the beats.  In addition to producing both of my solo albums, 1988 and Adventures in Counter-Culture, I’ve also produced three albums for my homie Illogic, as well as albums for my fellow Columbus artists Envelope and Zero Star. So, I’ve decided to run a special sale to bring people up to speed with some of my production where you can get my Chamber Music, Sign Language, and the Weightless Radio CDs for just $10. Plus, you get 11×17 posters for the Chamber Music & Sign Language albums. 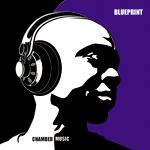 Thanks for the support yall.

NOTE: ALL PACKAGES HAVE SOLD OUT. THANKS FOR YOUR SUPPORT!