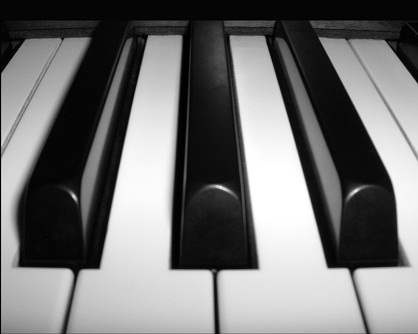 If you’re a fan of music, you hear it every couple of months: the story of an unlikely band that blows up from an unlikely song. Usually, the song “came out of nowhere” and was “all the sudden” a hit everywhere, knocking down the barriers of entry and unseating the previously all-powerful gatekeepers of the music industry.  At that point, the song itself becomes more than just a song.  It begins to take on the collective identity of all the fans who, through sheer will and enthusiasm, propelled it to its unlikely position at the top of the charts.  Proof of what happens when the people speak loud and clear, this unlikely (or “lucky”) song embodies their generation in a way no other song has before…at least until the next one comes along.  If the song had a theme song, it would be Rocky’s theme song.

Sure it does.  I’m just not so sure it’s accurate.

In an era where the mechanisms for creating and distributing music have created an environment where music spreads farther and faster than ever, the myth of the lucky hit song seems to get more and more mythical every year.  Especially since the speed that things blow up has completely changed; going from months (and sometimes years), to now just a few weeks.  And along the way, the events that actually happened along the way are often forgotten in all the commotion.  It’s kind of like watching a car speed off from zero to sixty miles per hour in six seconds; cool to watch, but all the smoke in our faces makes it difficult to catch all the details. Artists appear to blow up so fast now that we forget to even ask how it happened.

What made them so lucky?

How did their song get on the radio?

How did they get lucky enough to get major-label distribution?

How did they get lucky enough to have cosigns from the hottest artists and producers on their debut album?

The answers are obvious, but the questions aren’t really asked as often as they used to.  Not because we don’t think about them, but because…well…to be completely honest here, Americans just love a good rags-to-riches story. The thought of somebody writing songs in their bedroom one day, then being on the television and radio in another is exciting stuff.  We believe it, and not just because it sounds cool, but also because we need to believe it.  A large part of what makes the “American Dream” the “American Dream” is the belief that literally anybody can be successful at any given time.  All it takes is a great idea and you’re off to the races. You can be writing songs for yourself this weekend and a huge star in a couple weeks.  All you need is some songs and a little bit of luck, right?

The truth is that there’s no such thing as a lucky hit song.  Every artist I’ve researched who had a hit song only achieved it after years and years of practicing their craft. What the world labels “overnight success”, the artist labels “it’s about damn time.” Truthfully, the term overnight success should actually be changed to “overnight acceptance” because that’s a much more realistic description of what actually happens. In most instances, the artist was performing at that level for years before their art was accepted on a wider scale.

This has been on my mind quite a bit lately because I’ve kind of withdrawn for the past few weeks to get back to writing songs.  I can confirm first hand that there is nothing lucky or accidental about the song-writing process.  In fact, everything about it is very deliberate. While there are times when I write for the fun of it, my goal is to write songs that are remembered. I want to write songs that are great and I don’t think there’s anything wrong with that.  And I believe every song-writer wants the same thing. When I think about how much time and effort goes into writing even the cheesiest of pop songs, it’s a bit overwhelming. Whether we like their music or not, those artists practice their craft for decades, and most of what they create never sees the light of day. But they continue pushing and pushing, until one day something they’ve done sticks.  Unfortunately, once it sticks, most observers will be unable to see all the time and energy that led to that moment of greatness. The countless hours of practice that went into building the foundation that their “overnight success” stands on goes largely unnoticed. The incredible sacrifices that went into ascending to that level of song-writing are hardly lucky – they’re about as  deliberate and as focused of an effort as you’ll ever see.

In fact, the idea of a song-writer writing a “lucky” hit song makes about as much sense as a professional fighter landing a lucky punch. Just like there is nothing lucky about throwing a punch (they meant to throw it didn’t they?), there is equally nothing lucky about writing a hit song.  It is a deliberate attempt at greatness.

The myth of the lucky hit song and the overnight success sound cool because they make us feel like we can do it too, which is very important in rallying people around an artist. But these myths also obscure the amount of time that goes into perfecting a craft.  Any writer who has achieved that kind of success knows exactly what went into it.  It’s just unfortunate that, for the sake of a good story, their real story usually goes untold.