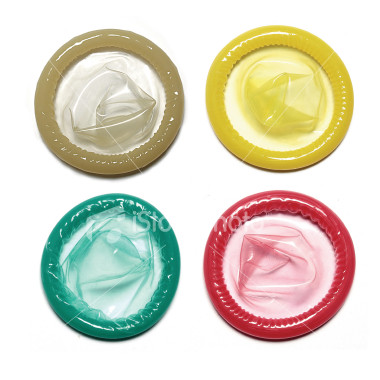 In high school, I had a friend that referred to Lifestyle condoms as “L styles”. So I did too. Ever since then when I walk into a store and see Lifestyle condoms I have fond memories of high school and usually buy them, even though I think trojan condoms are far superior. I even refer to them as “L Styles” sometimes but nobody else understands what I’m talking about.

Every now and then, when I’m single I’ll put one in my wallet before i go out. Not because i actually think I’m gonna get laid, but because I think having one in my wallet gives me a positive mental attitude about things…a weird optimism about all things in life takes over and I walk around with a “can do” attitude the rest of the night no matter what happens.

I find it sexy when a woman isn’t afraid to admit she has condoms. Whether that be at her house or in her purse. I think it implies confidence.

I think its funny that most women who actually do have condoms have brands that men would never choose; weird ass colors or patterns, circular packaging, glow in the dark neon joints, etc. Most dudes stay loyal to one or two brands pretty much. Women get way more funky with it.

I once dated a girl who absolutely refused to keep condoms in her house. We dated a year and still no condoms. So we would have to leave her house in the middle of the night and go to some corner store to buy them whenever I spent the night. That shit completely ruined the moment if I had to go get them by myself, but if she went with me it felt like we were on an espionage mission. I never completely understood it, but im guessing that she didn’t want me to assume she was gonna put out.

The worst sex I ever had in my adult life was when a friend lent me a Magnum condom. Between the anxiety of having sex with this chick for the first time, and being worried that the condom was entirely too big for me–I’m pretty sure that she remembers me as the worst lover ever. I’ve tried to forget that experience.

This is some strange shit to blog about but i swear these thoughts were on my mind when i woke up this morning. Safe sex yall.