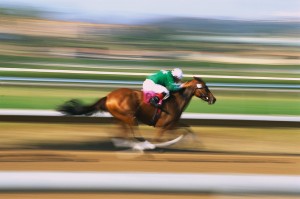 One of the most overlooked and underutilized qualities in making albums today is pacing.

Therefore, it should come as no surprise that almost every album that is considered a classic today uses pacing effectively.

Whether or not we are aware of it, we are all very familiar with pacing because it’s a fundamental part of the film industry.  Every single movie or tv show you have ever watched has utilized the concept of pacing to an almost formulaic degree.  Because the concept of making movies has been around much longer than the concept of making albums, the film industry has a deeper history and understanding of pacing than the music industry. And because it has been around longer, its qualities and nuances have been further entrenched into the habits of its practitioners. You would be hard-pressed to find a movie director who doesn’t understand the concept of pacing as it relates to movies, but you will rarely find a music producers who understand pacing as it applies to albums.  The reason for this is quite simple.  To a director, a scene does not exist in and of itself.  It is always viewed as a part of the entire movie, a sequence that sets up an event that will occur later.  But what you find in the music industry is often the complete opposite; songs are created with no foresight or connection to an album or an overarching theme. Artists and producers are often times not forced to think in these terms because they can achieve a certain level of success just making individual songs.

A historical look at the music industry will show you various periods where it rotated between being focused on delivering albums and just as many periods where it focused on delivering singles.  Sadly, this shift is not driven by what is more artistic. It is driven by what is most profitable.  Singles did not fall out of favor because people demanded a more expansive artistic expression from the music industry–the music industry shifted because they realized they could make more money from albums than singles.  The emergence of cell phones and ring tones allowed another shift back to singles to occur. Not only did the industry have to not physically create anything, but they could charge more for a ringtone than a digital single in ITunes. This proved very profitable for the music industry (and phone companies), thus creating another shift back to singles.

When the singles industry is at its peak, the album as an artform (and thus the concept of pacing) suffers.  The inherent rotation between being a singles market and an album market will always result in times where the art of making an album suffers.  While it’s not ideal, it is natural.

Yet, all the albums that are considered the best albums of the past year have a masterful understanding of pacing (i.e. Good Kid Maad City by Kendrick Lamar and Channel Orange by Frank Ocean).  They are entirely cohesive works of art that take the listener into a unique world where every song and transition is masterfully orchestrated.  They are not albums where radio-friendly singles are haphazardly thrown together.

To understand pacing as it applies to creating albums an artist must understand these traits:

Examining these qualities you can see how they can be used to create variation on an album.  For example, starting an album with a really slow song, but gradually speeding up each songs’ tempo would create a certain emotional effect on the listener.  Having a three-song sequence where each song gets progressively brighter (i.e. happier) has a more cohesive effect than placing a bright song immediately after three dark ones.  Adding an outro to a song can slow down the pace of an album and give the listener a chance to “catch their breath” so to speak.  These are just examples, but the possibilities are limitless if you understand the above traits.

You can also see how the albums that miss their mark rarely have any variation in these qualities.  Very often all the songs are the same tempo, or every song starts or ends in the same repetitive way.

The idea is to use these qualities to control the listening experience and control the pacing of an album the same way a director controls the pacing of a movie.  Once you begin viewing your songs as scenes from a larger story being told – as opposed to individual pieces of music – you can use pacing to create an additional level of movement in your albums that the individual songs cannot.

Then your album will have the emotional resonance that the best movies do.

p.s. Let me know if you guys would like to see more writing like this. This kind of stuff is in my head all the time, but I never know if people actually can get into it.