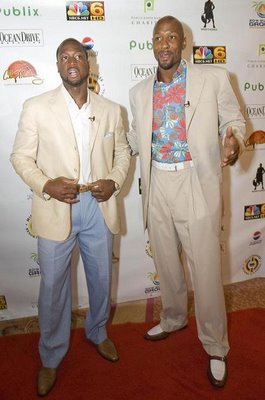 It’s not because they’re bad people who think fashion is for sissies.

It’s not because they’re too lazy to really know what’s hot, or what people like.

It’s not because they try too hard to impress everybody and end up impressing nobody.

Dudes dress bad because they simply don’t understand the hierarchy of dressing. See, there’s an order to this shit that you need to understand before you go out there all willy nilly with your flea market fitted and 100 dollar pair of jeans. Or you rush out there with those 100 dollar shades and that ridiculous 5x, multicolor tshirt, looking all ridiculous. Particularly my fellas. Feel me on this shit my dudes.

It ain’t about dressing good. It’s about not dressing bad.

Let’s be honest here; women know way more about fashion that us. It started way earlier for them. Their use of color alone is way beyond ours. Back in elementary school when we were given the box of crayons with 12 colors in it, all primary, they were given the joint with like 50 colors in it. Three different blue’s, 4 different variations of red, etc. Weird ass colors like “cyan” and “magenta” that to this day you will never hear a man say out loud. This is because we were deprived as kids. We don’t know shit about colors for real, and if we do then we learned it way later.

But anyways, men tend to think that they have to actually dress up to impress a woman, or that being extra fly is the only way to look good, but the reality is that really you just need to not dress bad. And to not dress bad you need to understand the hierarchy of shit…feel me on this.

I was buying some pants today and it dawned on me that while i do think that having some nice jeans on is important, that it’s not the most important. What is you ask? Shoes and shirt. Trust me on this. Keep your shoes right, keep your shirt unoffensive and you will be ok. Obviously your face matters, but I’m just talking about gear here. So as I’m coppin these jeans I realize that I wouldnt even be coppin these nice jeans if i didnt already have some nice shoes on, feel me? Like who in their right mind buys some jeans then tries to find some nice shoes, or wears them with shitty shoes? Nobody with any sense of style. And neither should you. However, it’s very important to understand how these things work together.

Case in point, the white t-shirt phenomena. The white t-shirt proves that the shirt isn’t nearly as important as a mans shoes or jeans. See, the white t-shirt is a team player. If the white tshirt was a basketball player it would be the guy taking all the charges, setting the picks, and diving after loose balls. It defers the eye to other more important parts of a mans wardrobe (because honestly its hard as fuck to figure out what shirt to buy), so when the white t-shirt started poppin i would bet that 75% of men felt relief. Happy they would never have to worry about picking out the most difficult, yet least important part of the wardrobe again.

Basically I’m saying this. If you aren’t a “great” dresser, then here is the ranking of what you should be making important to not be a bad dresser:

a. Men who wear white tshirts

1. Shirt – if your shoes aint hot then you might as well rock a nice shirt
2. Shoes – 2nd only because the eyes arent sent there by the white tee
3. Pants – if your shirt and shoes are nice who cares about your pants. you got the top and bottom joint on lock.

(sidenote: please understand that dudes who rock solid color polos or shit like that are basically like dudes who rock white tees. you win by keepin it simple)

So, what I’m basically saying is that you can avoid being a shitty dresser by simply knowing what’s most important and doing just enough to get you by. Don’t try to compete with these clowns who wanna color-coordinate from head to toe (sunglasses, shades, beltbuckles, suspenders, ect.)–fuck that. Do you, but respect the hierarchy, that’s what I’m sayin, you shitty dresser you.