Although I do have many fans that have been with me since I first started releasing music in the early 2000s, I’ve noticed that a large part of my fanbase is divided into two groups: those who know me primarily from my 1988 and Adventures in Counter-Culture albums, and those know me primarily from my Soul Position work with producer RJD2.  The last Soul Position album was released in 2006 and although RJ and I have worked together since then (most notably the track “the good life” that was released two weeks ago), we have yet to release a full-length album.  RJ and I remain good friends and are definitely trying to align our schedules to work on some new material, but I can’t make any promises how or when that will manifest itself. But rest assured, we’re both working towards making it happen. 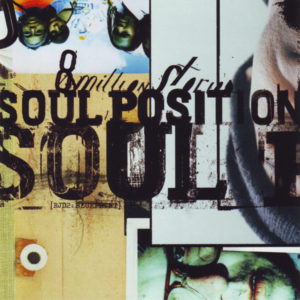 At any rate, I have decided that I would like to perform some Soul Position songs on this upcoming Deleted Scenes tour. I always try to sneak in a couple when I headline and this will be a good opportunity to play some older stuff. The only issue is that it’s been a while since I’ve performed many of them, so I’m not quite sure which ones people would like to hear. I figure the best way to solve that problem is to ask the people. While I still perform songs from the last Soul Position album, Things Go Better with RJ and Al, I rarely perform stuff from 8-Million Stories (2003) or the Unlimited EP (2002) unless people request it at shows. The poll I’m posting below is for feedback from those two albums. You will get to cast 5 total votes: three for songs from the 8-Million Stories album and two for songs from the Unlimited EP.