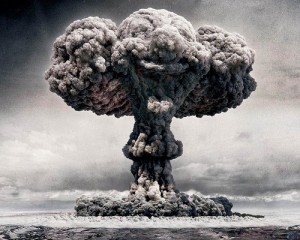 For the first six years of my career as an independent artist, I was fortunate enough to work in a team environment. I owned and operated a small independent label, Weightless Recordings, and along with my business partner and best friend, always had a couple people to help in certain areas. Tasks like promoting events, writing press releases, booking shows, selling merch, and managing websites were all team activities.  And because of this, we thrived.

Things took a turn for the worse in in 2008 when I discovered my business partner was stealing money – a situation I talk about at length in my book, The Making of Adventures in Counter-Culture.  Needless to say, that situation had a big impact on the future of our label and artists.

In addition to the organizational and financial problems set in motion by that situation, it also proved to be a personal turning point. It marked the beginning of an era where I began to work almost completely by myself. My attempt to understand and navigate the intense feeling of betrayal led me to withdraw, isolate myself, and look inward.  The upside of that approach was that it helped me focus more intensely on my art and finishing Adventures in Counter-Culture.  The downside was that I began taking on too much responsibility, particularly in areas where it may not have been necessary.  From my perspective, I just didn’t want to be disappointed anymore; a requirement fulfilled much easier when you don’t expect anything from anybody.  If people helped, cool. But my plan was to handle as much as I could by myself, and never ask for assistance unless it was absolutely necessary.

The end-result was an artist who was knowledgeable enough to create a great team around him, but was too independent to do so.  I remained this way for several years.

I had fallen into the trap of constantly needing to prove that I could do it by myself, all the while moving further and further away from situations of community and partnership that would have allowed an easier path to my goals.  People would often say, “Just let me know if you need help with anything.  I’d love to help out.”  I would always tell them that I would hit them up, but I would rarely, if ever, follow through.

Last year, I realized that things had finally gone too far.

My resentment about the negative experiences of the past weren’t enough to justify all the things I was taking on anymore.  I finally understood that fighting against something can be a great motivator, but also that the continual need to fight against something robs us of our own inner-initiative and joy.  Without this inner-initiative at play, the joy we get from doing what we love is decreased.  In other words: doing it because you love it is much more emotionally rewarding than doing it to prove someone wrong.

The fierce independence that I was displaying, while genuine to a certain degree, was also a side effect of the lack of trust I had developed since my former business-partner betrayed me.  Therefore, before I could really trust people again, I needed to come to terms with that situation and be able to have peace with it.  I didn’t think I needed to necessarily take on an attitude that things were all good, but it was essential for me to no longer have resentment and anger in my heart.  I had to put it behind me and be able to look back at it without so much emotion.   Writing about the situation in The Making of Adventures in Counter-Culture was a huge step in that direction.  Just being able to write about it freely, without worry about how vulnerable I may have looked, helped me tremendously.  Through that process, I was eventually able understand what really happened, and that none of it was my fault.  For years, I had beat myself up for not being able to stop somebody else from betraying me, and that was dead wrong.  I now understand that people who lack character and treat others badly do so because they have deep issues of insecurity.  It has nothing to do with the targets of their actions. In fact, most of their victims are just the people closest to them, not people they had a deliberate intention of hurting.  Seeing this allowed me to change my perspective on the whole situation.

There are always innocent people hurt when a bomb goes off.

By that I mean that just because somebody does something destructive that affects you, doesn’t necessarily mean that you were the intended target of their destructive behavior.  A destructive person has a flaw that doesn’t allow them to hold value in their own well-being, and therefore cannot find value in the well-being of others. When we love ourselves, it is natural that we have the capacity to love others.  Consequently, when we hate ourselves, the presence of others only reminds us of that which we hate in ourselves.

Over the past year, I have finally began to trust again, which has led to an increased ability to delegate.  I now have somebody who helps me full-time with my webstore and mailorder, and have just started working with somebody who will help me with the arduous task of updating and maintaining my websites and social networks.  This has been a big step for me, but one that brings me relief every day.  The additional help has allowed me to shift my energy back to doing what I love – creating art.

I wanted to share this story because sometimes it is very easy for us to take things personally when a bomb goes off.  We get hurt by the bomb and struggle to understand what we did to deserve the hurt that was dealt to us.  It is of the highest importance we understand that, in most instances, we are just innocent bystanders in these violent attacks of self-hate.  We have done nothing wrong and should not shoulder the blame.