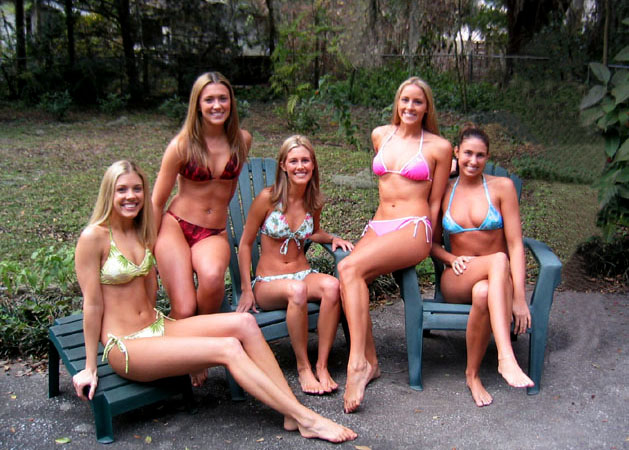 At first glance this may seem ridiculous, or even arrogant, but trust me on this; if you’re trying to get at a woman in this age bracket the worst thing to deal with is going to her house and deal with her dumb ass roommates. No grown ass man in his right mind wants to deal with this shit. I’m grown, I’m not on that shit no more. I wanna be able to walk around butt ass naked to the bathroom, or even have sex without somebody walking in the room on some random shit, but that ain’t gonna work.

Young girls always be on that coy shit. beat it. these chicks are notoriously flakey. They’re always on some “we might” go there…or on some “well if my bff calls me we’re probably gonna do this..” Fuck all that. Just pick something so i can know whether I should go there and get at you or to avoid it completely because I know you’re there and i don’t wanna see you.

3. They blame shit on their friends.

cant even walk to the bathroom without your girlfriend in tow. grow the fuck up. i dont care what your friends are up to or are about to go.

4. They look down on all guys for hitting on them

When chicks get 25-30, being hit on aint shit, yet for a chick in this age range they seem to almost look forward to dudes hollerin at them–knowing all along they’re not gonna holler back. Hell, I think they even look forward to bragging about who hit on them the night before and who they rejected. Shit is ridiculous and annoying. Shut up.

5. They think every man is trying to fuck them.

the only thing worse than looking down on dudes who wanna fuck them is assuming every dude wants to fuck them in the first place. shame on you young girl.

I’m gonna keep it all the way funky here; i have NEVER met a 21-23 year old chick that was actually down to bust out her credit card first. ever. I’m not talking about when there’s 6 people there splitting a dinner bill, I’m talking about that moment when you order a drink together and she can either say “I got this” or play dumb. These chicks always play dumb.

7. They aren’t particularly good in bed.

Yeah i said it–yall suck in the sack. But i do wanna say that the reason you suck isn’t your fault, it’s because you’re fucking a bunch of dudes in your age bracket who don’t know what the fuck is going on. However, at least show some initiative and some commitment to becoming a better lover at some point, and stop blaming it on dudes. step your shit up ladies.

8. They can’t handle their liquor

How do i begin? I dont even think i have to. But yeah, 90% of 21-23 year olds fail to boss up when it comes to alcohol, even though they’ve been drinking since they were 15. Probably because they’re always drinking fruity ass shit like washington apples and fuzzy navels, but still, champ the fuck up.

9. They have no direction in life

zero. none. lost in the sauce.

look girl, lets keep it honest here, you haven’t been through shit. a bad week to you is when your best friend actually goes through something and you’ve gotta listen to their bellyaching all week–not when you actually go through some real shit. while this shit is a generalization you have to admit that most 22 year old chicks life is on autopilot. you and “the struggle” have never crossed paths. shit, you probably dont even really know anybody who’s struggling. beat it.

ok..i’m out. dont front like you dont feel me on this shit.