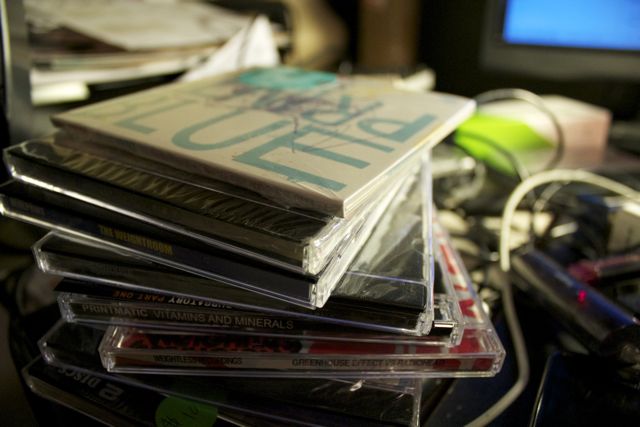 I remember when I was considering resigning from my job back in 2001, I went around getting advice from other self-employed people, in hopes of getting encouragement or advice before I made the leap.  One of the people I spoke to was named Todd Buck and he ran an in-home studio on the west side of Cincinnati that I would routinely use for mastering the first few albums I ever released.  He had just made the decision to move his studio and business out of his basement and to a larger one on the opposite side of town.  He had only been self-employed for a year at the time so I asked him for some advice.

The first thing he told me was that the biggest difference is the freedom you will get and learning how to manage it.  Then he told me something that I will never forget.  He said “the biggest difference between being self-employed and unemployed is what you decided to do with each day.”  He went on to say “if you sit on your ass and don’t do anything then you’re not self-employed, you’re unemployed.”

Out of all the advice that people have given me over the years, this is the one piece that has always stuck with me.  So much so that when other artists ask me about making the leap, I tell them this quote.  I took it to mean a couple different things.  The first is that a lot of people claim to be self-employed or full-time artists, but if they’re not making any money then they’re not, they’re just unemployed.  The second thing I took it to mean was that once you’re self-employed each day that you do nothing is a day that you move towards being unemployed, regardless of what you tell yourself you are.

About a year later I resigned and became a full-time artist and was able to experience exactly what he was talking about.  A lot of people think that being a full time artist means that you just sit at home high all day and write rhymes, and while it is that to some artists, it’s also a lot more than that.  Being an artist has taught me more about people and the human experience than any other thing in my life, enriching me in a way that is sometimes hard to describe.  Throughout the years I’ve managed to stay as productive as possible, but it is truly a daily struggle to stay motivated when you work alone and the job isn’t exactly a team sport.  I did have a stretch from 2006 to 2011 where it seemed like I wasn’t releasing any music because I hadn’t put out any solo albums or Soul Position albums, but even then I managed to release smaller projects like Blueprint vs Funkadelic, Sign Language, two Greenhouse EPs, and even produce an entire album for Columbus artist Envelope.  I’ve had my good days and bad days as far as being inspired goes, but i think that’s just part of the job, and the process of making music is always challenging and exciting.

But now I feel like I have reached a different point in my career, where instead of having years with very little output, I think I’m on the verge of having almost too much music on my hands. In the past this was never really a problem, but I’ve found that since I stopped drinking I get music finished a lot faster, and without so much second guessing.  Time that I used to spend wondering whether a beat was good enough to rap on is now spent actually rapping on beats that I know are good enough.  Time that was spent out at the bar is now spent trying to make a body of work that can stand next to any great artist, and as a result I’m on the verge of having a lot more music than I’ve ever had before.  I’m not there yet, but in a couple months I will be, and I’ve been finding myself a little unsure about having a plan for releasing it.

I’m sure that many would consider this a problem of convenience; the musical equivalent of a man with five attractive women who want to date him and claims to be stressed about the decision he must make, and I get that.

So I guess this ultimately leads to the question of what to do with all that music?

Well, I’m going to start releasing it, little by little.

And I’m going to release most of it myself, here on printmatic.net, and directly to you.

Some of it may make it’s way to digital retailers like itunes, but don’t count on it.  I would rather start right here with the people who have been reading this blog for the past two years faithfully, all the people who allowed me to take five years off between albums and still have a music career, and all the new fans that I have picked up along the way. I would like to interact with you all directly.  There’s so many projects that I put on the backburner while I was working on Adventures in Counter-Culture and I think it would be an injustice for these projects to never see the light of day.

So consider this a heads up about what’s about to happen here at printmatic.net.  I hope you will support me in this effort by picking up one of the projects or subscribing to my e-mail list.