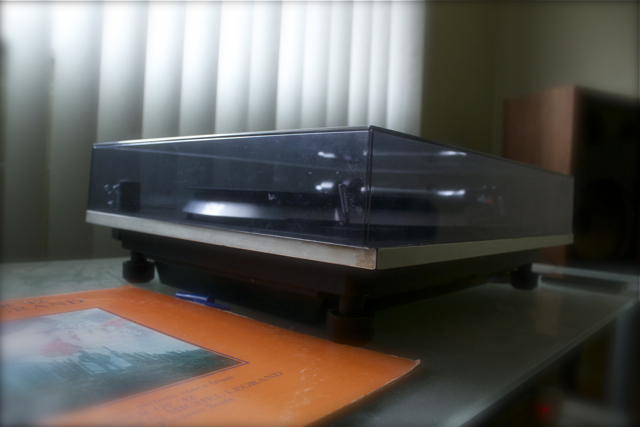 For the past month or so I’ve been stuck; unable to write a rhyme or make a beat – even though I had plenty of time on my hands.  Even my blogging has been sparse.  In the past, being stuck creatively was usually caused by something very heavy going on in my life that I needed to work my way through. In that sense, it was very easy to understand and remedy – resolve the personal issue and become unstuck. Unfortunately, there were no personal issues hanging over my head this time around. Although last year was pretty rough family-wise, the past six or seven months have been great.

The other day I noticed that the only times I was able to squeak out a rhyme or a beat was when I wasn’t home.  I had no problems writing on tour or while I was visiting my family, but as soon as i got home things were at a standstill.

So, I looked around my house.  And that’s when I found the culprit.

I quickly saw that almost every room in my house was in transition. It was in the middle of being turned into something else, but wasn’t complete.  One room would be completely finished but, because other things weren’t organized elsewhere, it would quickly become a storage space for things I was using to fix the other room up.  Three out of the four upstairs rooms in my house had books or music in them; a shelf here or shelf there and several random stacks of books all over the place.  Vinyl LPs and CDs were randomly all over the place as well.  My bike was in my studio, my studio equipment was in my bedroom, and my video equipment was everywhere. Even though I live by myself in a three bedroom house with a full basement, I felt like I never had enough room.  It didn’t make any sense to feel that way.

I realized that I was stuck because my house was not working for me.  I couldn’t create because I was uncomfortable.  My house was actually working against my creativity because I had never made a decision to really own the space and make it mine.  I actually grew up in this house and bought it off my mother when she relocated to the south several years ago.  I’ve got so much history in this house and neighborhood.  I had to admit that it has been very hard for me to change certain things because of all my childhood associations and memories that are in this space. It was if I thought I would be damaging the memories of my family if I rearranged and took aggressive steps towards making the house work for me.

Further complicating the issue was the fact that I also own a rental property.  Sometimes when you spend a significant amount of time working on another property, you don’t have the energy to work on your own.  I wish somebody would’ve told me that before I got it.  Fortunately, last month I was able to find a property management company to help with that so, at least for the time being, I’m not a landlord anymore.

Well, this past weekend I decided that I had enough.  I was tired of being stuck and unproductive, so I started the process of rearranging my entire house.  I knew it would take me around a week to do it but I hoped it would be worth it.

The boldest move I made was that I decided to take the television out of my living room and put it in my guest room.  I only watch it a couple hours a week anyway, but the move allowed me to see what the focal point of my house really should have been all along–music and books.  I kept the same table that previously held my television and put a nice turntable in it’s place.  Now, the center piece of my living room is my record player. 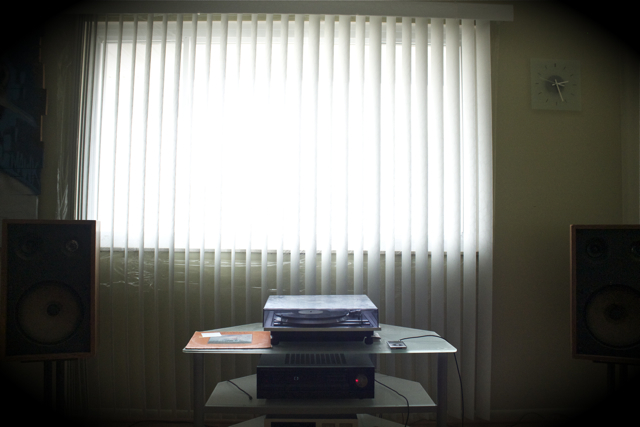 I now have a large shelf that holds all my vinyl and books.  I deliberately bought one that was too big so that I would have space to expand. 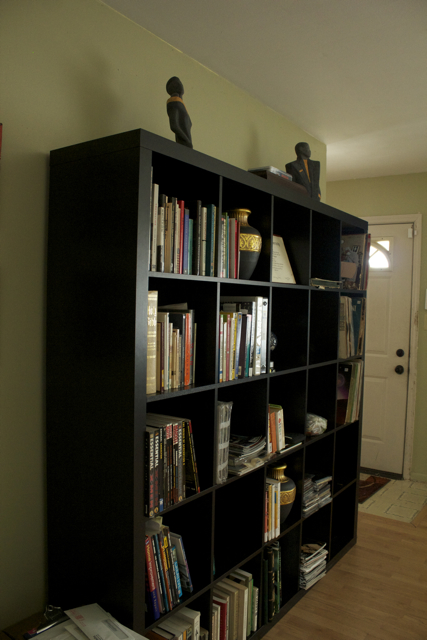 This immediately created more space in my other rooms and allowed me to finally have a house that focuses on what makes me happy.  My upstairs guest room is now a completely finished guest room again because of the domino effect of finally making my other spaces work for me.  My bedroom looks like a bedroom again, because all the things that weren’t supposed to be in it have been relocated.  I feel like I can breathe again.

Last night was the first night that I finished my new setup and I love it.  I sat in my living room for hours listening to records, relaxed in a way that I haven’t been in a long time.  I woke up this morning and felt a clear enough mind to start blogging again, which is an important step for me.  It means I’m back on track.  It’s amazing how much more space I have throughout my house just because I made the decision to build my space around the things I love and do the most.  In the same way that a person who cooks a lot needs a house with a great kitchen, I needed a house with a great music and reading space.

For all my creative people out there who are feeling stuck, don’t underestimate the importance of your surroundings.  Look at the space you create in, because it may very well be the answer to your problems.  Also, understand that space isn’t about the actual size of the space as much as it is the function of the space.  Having one bedroom that works for you is better than having an entire house that doesn’t. Take control of your space, and you take control of your creativity.

I’m behind on a lot of writing, but I feel like I’m finally back on that path again.  I just wanted to share this for anyone who might be going through a simliar thing.