People ask me all the time what I’m currently listening to.  Sometimes it’s easy to remember and share, but other times it’s hard to remember because i listen to a lot of different music sometimes.  Then there’s also the dont-speak-about-other-rappers policy that I try to subscribe to.  This policy keeps me from getting into arguments with people who judge me for what I might be listening to, as well as preventing me from accidentally saying I don’t listen to somebody’s favorite rapper.    But I decided that instead of trying to summarize everything I’m listening to, it would be better to just list the last 5 albums I’ve purchased, because that says a lot more than anything else.

So here’s a list of the last 5 albums I’ve bought and my thoughts on each: 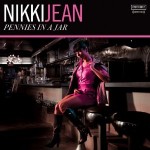 Before I share my thoughts on this I have to admit that I am a bit biased.  Nikki Jean is a friend of mine.  I met her about 3-4 years ago while I was working on Adventures in Counter-Culture and we became friends instantly.  She’s a pretty awesome person and artist so I don’t feel bad about that bias at all.

That being said, this album is a one of a kind.  I had been keeping track of her progress off and on for the past couple years, so when she had told me that instead of trying to follow trends, she was working with some of the best American song writers (Burt Burt Bacharach, Bob Dylan, Carole King, etc) and was making an album that fit into that tradition I was super-excited.  Well, Nikki Jean delivered.  Her voice is very distinctive and the songwriting is great.  It’s not on some hip-hop shit (although Lupe Fiasco and Black Thought do lend verses), it’s not on some r&b shit (although some people will put her in that category), and its not on some hipster shit–it’s an album made by a true student of great songwriters that honors that tradition.  Random fact: I played this album in the van on tour and everybody in the van dug it, which probably means you would too.

2. The Kickdrums – Meet your ghost 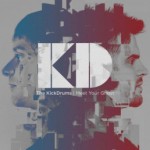 First of all, these are my Ohio people right here, from Cleveland, so I gotta ride for them.  Second, if hip-hop existed when the Beatles were around, and they were influenced by it, it would sound kinda like The Kickdrums music–although the lead singer’s voice actually reminds me of the cat from Coldplay, which is a big ass compliment because I like that cats voice a lot.  The thing I love about The Kickdrums is that because they started out as hip-hop artists/producers, their music has all the same sensibilities as a hip-hop record.  I love that.  But the biggest difference is this is not a hip-hop record, this one feels a lot more rock than their previous release All A Game–but I love to see cats doing something different so I’m not even slightly made at it.  I’m with it. 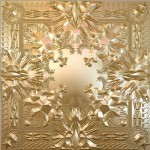 This one is hard to really write about because I’m still not sure what I think. When I bought it I imagined myself on my bike and listening to this for the first time in Dr Dre headphones but it didn’t happen.  So now I’ve listened to it a couple times in my van and at home and I’m still not sure.  One one hand Kanye really shines on the rhymes.  In terms of content–his humble, self-aware style provides a perfect contrast to Jay Z’s I’m-filthy-rich-and-you-know-it style.  Jay doesn’t slay it like Kanye but even at his worst he’s still hard to knock on the mic.

The production is the thing that confuses me, because on one hand it is progressive; there’s a couple tracks where they’re rhyming over dubbstep beats, but then it’s grimy on the big single “otis”, and then it’s really boring and under-produced on a lot of other parts of it.  To me, this album sounds like what kanye would come up with on his first draft of an album, but without the time to fully take his ideas to the max.  You can typically hear the depth and craftsmanship put into any solo song kanye releases, but nothing on this album had that level of polish.  So can I really rate what to me sounds unfinished?  It’s hard to say.  Some people love it.  Some people hate it.  To me, it has it’s moments, but its not going to be near the top of either mans catalog when it’s all said and done.  Now, if they try it again and take a year or so to actually do the album, instead of a week or two–then we might have a classic on our hands.   There are moments of this that really moved me.  I love the Rza produced track, and the opening track on the album with Frank Ocean is my joint.  But overall, I can’t call it. 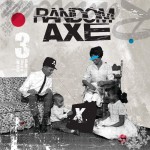 This one kind of snuck up on me.  I knew they were working on it, then they disappeared, then I forgot, then they came back out like “Blaow here’s the album!!” and I wasn’t quite ready.  Off top, I have a special place in my heart for Sean P and Guilty Simpson. They manage to make gangster shit funny in a way that none of their peers can.  You can tell they really fuck with street shit but they have such a sense of humor that lets you know they understand that it’s entertainment. And in real life both of those dudes are big as fuck and I would never fight either of them.  As far as rhyming goes–Guilty and Sean P murder it.  As an album, I’m not 100% with it.  Mostly because I think the production isn’t as bangin as I would like it to be.  I have friends who think Black Milk is a genius who can do no wrong, and then I find myself not revisiting a lot of his beats.  Maybe I’m unfairly looking for that intangible “thing” that Dilla had in Black Milk, and because it’s not there I judge him more harshly.  Either way, he’s a sick producer and I actually loved his first two albums–I’m just not in love with the rest of his stuff.  Now, do i still check his shit out? Yes.  And did I buy this album? Yes.  So that in itself should say enough about it.  It’s not gonna save any lives, but this shit is entertaining and the rhymes are great.  Tough guy talk at its best. 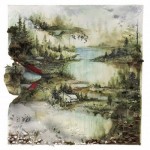 The anticipation around this one was really high.  Like most “hip-hop” people I found out about Bon Iver after Kanye sampled his song “in the woods”, and later became a fan.  Now I play his music all the time. It’s real chill, folky music, but you don’t feel like it’s made for people who grew up in the backwoods like most folk music does.   And it’s not all campy and country sounding, also a big plus.  For the most part, this album is a huge step up from his last album; particularly in terms of production–each song on this album has much more depth and layered instrumentation, whereas his first album was very stripped down and almost minimal.  There’s points on this album where he’s doing some amazingly beautiful stuff like “holocene” and “wash.”, where I find myself rewinding it over and over again, but then there’s some moments where the songs (although far more developed) just don’t hit me like the last one.  Now, does that mean I’m disappointed in the album, not really.  Mostly because going into the album I was worried that he would make the same album again since his first album blew up so large and that’s what everybody wanted to hear.  But clearly he understood what people wanted him to do and decided he didn’t give a fuck and was going to do things his own way.  That, to me at least, makes it worth the purchase and it makes me respect the fuck outta him.  He could’ve been safe but he decided not to, and because of that I respect him a lot more, even though I still like his previous album more…go figure.  I’m really curious about where his next album will take him, and I’m still a fan.

p.s. feel free to list the last five albums you bought in the comments section. I’d love to hear about what everybody else is listening to.