This album completely snuck up on me.  It wasn’t like the Large Professor hasn’t been putting out music over the past several years and put this out unexpectedly.  Actually, it was the opposite. Large Pro has been pretty consistent with his releases, but nothing moved me like the legendary work he released in the early 90s with his group Main Source.  I had pretty much assumed that he would never put it together again. Boy was I wrong.  His new album, “Professor @ Large,” is the album that I’ve been wanting him to make for the past decade.  The production is nothing but great loops and chops, and the rhyming is super-solid throughout. 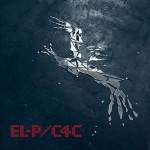 I’m a huge fan of El-P and have been since the late 90’s when he was a part of the group Company Flow and own pretty much every album he’s ever released.  However, this album didn’t hit me at first.  I spent about a week listening to it again, not sure I liked it, until I put it on at night.  Then it hit me.  I realized I was initially a bit turned off by the album because I didn’t feel like it had any singles on the level of his previous albums, but the beauty of Cancer for Cure is that it is more cohesive than anything he has ever released.  The album flows from beginning to end and is constructed in a way that doesn’t necessarily lend itself to having a single that sticks out.  It took me a second to completely get it, but I’m with it now. 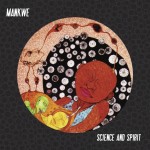 I became familiar with Mankwe Ndosi’s bluesy voice during the period where she was touring and singing background vocals for Atmosphere.  Her debut solo album Science and Spirit was just released last month and it’s really dope.  It’s not something you get wild too, or put on when you’re working out – it’s something you put on when you want to think or clear your head after a long day.  The album was produced by Medium Zach of Big Quarters, which adds a bit of a hip-hop feel to some of the tracks, but there’s also a great deal of live instrumentation that allows the record to go somewhere completely different and more dynamic.  I can honestly say that this album has a sound that I haven’t heard anywhere before, largely due to her unique voice and the way she layers her vocals like an instrument, which adds a depth to even the sparsest tracks.  Technically, I didn’t buy this album – since  I bumped into her in Minneapolis a couple weeks before the album came out – but don’t let that stop you from supporting the debut album from a talented and emerging artist.

Bumpy Knuckles (aka Freddie Foxx) is a guilty pleasure.  While I know he’s not trying to be funny when he says some of the over-the-top tough guy things that he says in his rhymes, I can’t help but be entertained.  Lines that other people find hardcore, I find hilarious.  I can’t tell if Bumpy Knuckles is a comedic genius who chooses to use rap as a forum for his ideas, or if he’s just a hardcore dude who has no idea who funny he can be.  Either way, I’m always down to hear some classic DJ Premier production, so copping this album made perfect sense.  I’ve listened to it a couple times and there are definitely some joints on it.  Unfortunately, the album is entirely too long, which tends to water down the impact of Bumpy’s rhymes.  Plus, there are a few god awful (and by god awful i mean hilarious) choruses on this record.  There’s just something about the way my guy delivers some of his lines that entertains me, even when it’s bad.  This record is far from a classic, and pales in comparison to the redeeming albums that veterans like O.C. and the Large Professor have dropped, but if you’re just in the mood to hear some funny tough-guy talk and some classic DJ Premier production it might be worth checking out. 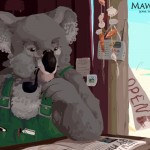 To those that were members of the Weightless forum as well as the forum here, the name Maw is familiar.  He popped up several years ago as a 17-year old Finnish beatmaker.  A couple years ago he started releasing instrumental projects, and I’ve been a fan ever since.  Maw just released his latest album Leave the Flow for free on his bandcamp page and I dig it a lot.  This young cat has a bright future as a beatmaker and instrumentalist, so I would advise those that haven’t checked him out to please use this as your introduction and do so now.  Leave the Flow is dope and the kind of record that sounds great when you’re getting stuff done around the house, in your car driving, or walking with your headphones on.

If you’ve checked out five albums that you dig, please feel free to list them in the comments section.  I’m always looking for music recommendations.