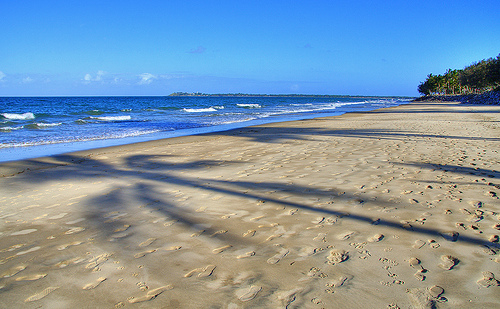 July 11th was a special day on a couple different fronts for me.  First of all, it was my birthday.  I’ve never been one for doing huge birthday celebrations – even when I was drinking I didn’t go too hard at it – but I do recognize the blessing and spirituality involved in being given another year of life.  In light of that recognition, I’ve always had a more reflective relationship with my own birthday than celebratory.  It’s not that I don’t enjoy the process, I just feel awkward about trying to make things too much about me, and I’m definitely not they type of person who does the “birthday week” thing.

The second reason the day felt special was because ten years ago this month I handed in my letter of resignation from my job as a Computer Programmer and took a chance at becoming a full time musician.  I vividly remember my heart pounding really hard and coming very close to having an anxiety attack as I handed my letter of resignation to my boss but, looking back now, I’d do it again in a heartbeat.

I’m very appreciative of the fact that I’ve been doing this as a full-time job for ten years now.  Shit, I’ve now held this job twice as long as any other job I’ve ever had.  The irony is that unlike most jobs where people grow more jaded and bored as the years go by, I’ve found that my attitude has followed the opposite path where I become more appreciative and excited as the years pass.  I don’t know if it’s a result of the extended amount of time I took to make Adventures in Counter-Culture, or a side effect of becoming more mature and realistic about what having a career as an artists really means, but either way I probably wouldn’t be writing this if my perspective were any less positive.  For that I’m thankful.

I was having a talk with DJ Rare Groove the other night in the hotel after our show in Wichita.  We were speaking about how often hip-hop guys say they retire from hip-hop and how it weird it sounds to us.   To me, retirement is something you achieve, not something you decide when things get bad and you can’t take it anymore.  Every professional strives to earn the opportunity to gracefully retire.  It is a reward.  I don’t know about everybody else but the word retire has a very positive and honorable connotation.  Unfortunately, many artists use this word out of context.  They use the word retire when what they’re really doing is quitting.  Quitting is sometimes necessary, but I think we should be very careful that we don’t try to portray quitting as retiring.

At any rate, the conclusion of our conversation was me basically saying that while I eventually hope to retire from whatever career I pursue in art, I would never quit music, because I do music regardless of what kind of outlets I may or may not have to make money from it.  I do music because it is who I am and because the challenge and reward of pursuing it is so endless that I can always find a challenge in it.  I expressed to Rare Groove that, to me, music is like a beach.  If you were to go to the beach and pick up as much sand as possible with your hands, that would be the most music knowledge and experience that any one person would ever have.  Just as you can never pick up all the sand, you can never learn all there is to know about music.  But instead of letting that fact discourage me, I use it as inspiration to go back to the beach every day and appreciate it for what it is and the breadth of knowledge it has to offer.  I can’t quit going to the beach that music represents because I love it, and because I will never master it.

That said, I feel extremely blessed that the people and the universe have blessed me with an opportunity to pursue music full-time for ten years now.  It seems like the most common gift to give is one that satisfies someone for a day, but the rarest gift is one that satisfies someone for a lifetime.  So I decided to ask the universe for the gift of artistic longevity and will try my best to spend every day cultivating that opportunity and gift.

For all of my people out there that are pursuing their passion, try to build something that brings you a lifetime of joy.  Understand that in a world full of people who may have not been given the opportunity to pursue the things they love – you are an exception, and should therefore cherish that opportunity for as long (or as short) as it may last.  Be inspired by all the things you don’t know about your craft, and celebrate the fact that get to try to learn them everyday.