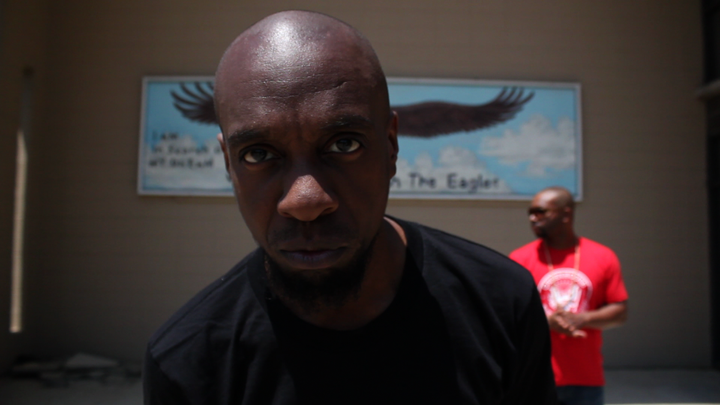 Although I’ve been pretty active with the camera in the last couple of years, it’s been a while since I entered the music video realm. Well, I’m officially back.

The first music video I shot was for “10 Stone” for my good friend and fellow artist, Latimore Platz back in the winter of 2010.  The fact that I volunteered for the job didn’t stop me from being any less nervous about it.  The confidence I did have stemmed from the fact that I had been reading so much about video production and also been a part of so many video shoots as an artist.  In that sense, I had a lot to draw from.  While most artists showed up to their video shoots just to perform, I showed up to perform and learn.  I was always fascinated by the process.  My buddy Greg eventually let me borrow one of his older cameras and I was off.  I had a two page shotlist and we knocked it out without any problems. Because the storyline of the video involved E.C. Vol, Latimore, Platz, and myself driving to Detroit, it felt more like a road trip that I just happened to bring my camera on than a video shoot.  For my first music video, I was pretty happy with the results.

My second music video, shot about a year later, was a bit more ambitious. It was for my own song “Go Hard or Go Home” from my solo album Adventures in Counter-Culture. This one was a bit more complicated.  I had to recruit help since it’s almost impossible to shoot yourself in your own music video – or at least the music video I had planned with a lot of movement and action.  So I got my friends Nate and Bridget to help me.  Nate drove and bridget manned the camera. Every location in the video was in my neighborhood, which gave me such an understanding of each shot that I didn’t have to write a shot list.  I would describe each shot to Bridget, we would practice it together, then I would perform my part while she recorded it.  I was happy with the shoot and edit, but I knew that if the video wasn’t really good then Rhymesayers wasn’t going to release it, so I took a lot longer to polish up the final edit.  As a result, I’ve always been very happy with how this video turned out as well.

My most recent video shoot is for a song titled “Microwave America” from the upcoming Greenhouse album Bend But Don’t Break.  This video shoot was more complicated than the previous two because of a couple factors:

This meant that for the most part I would have to find a way to shoot the video alone.  At first, the thought kind of paralyzed me.  Who would I get to double-check my shots?  Would would let me know if my light wasn’t right, or my shot composition wasn’t great?  I sat for a while, unsure if I could shoot something quality under these circumstances, before a very simple solution hit me.

The problem lay in the fact that music videos are usually seen and described in terms of their action, when their true root is not in action–it’s in photography.  Meaning that although there are people moving and doing things in music videos, the foundation of video is and has always been in still photography.  In essence, every shot in a video should start with the same approach a photographer would take to shoot a still photograph.  It’s very easy to get distracted by the action in music videos, but in truth it should be an extension of photography.

I realized that the best music videos are those that are shot in a way where every shot could stand on it’s own as a still photograph, while the worst music videos are those where none of the shots would stand alone as still photographs.  This is the essence of shot composition.  The best videographers are actually photographers who have a great sense of shot composition.  The worst videographers just pick up the camera and start shooting, focusing on the action within the shot, but ignoring shot composition. Legendary hip-hop videographer Hype Williams is a pefect example of this.  All of his work is shot from a photographers perspective and puts shot composition first.  While his movie Belly, starring DMX and Nas, doesn’t have the most creative script–every single shot in it is beautifully composed.  You could literally pause that movie on any frame and you would be left with a shot that is so beautifully composed that you could make a print of it and hang it on your wall.

Now, I do realize that nothing I’m saying is revolutionary for any experienced photographers reading this.  But this revelation was very enlightening for somebody like me who has only been messing with video for three years and only owned a camera for two.  It  gave me the confidence that I could shoot our Greenhouse videos by myself as long as I approached each shot from a composition standpoint and not an action standpoint.  Especially since there was no way that I could chase the action and be in the action at the same time.

So a couple weeks before we started shooting, I began driving around Columbus again, taking pictures.  I was looking for places that weren’t popular, but had a great look to them.  Eventually I ended up with about three sets of photographs, and decided that I could shoot music videos based around each set of photographs.  I went to some of the locations twice to practice shooting there and getting a better understanding of the locations, so that when Illogic and I showed up there to shoot the process would go a lot faster. 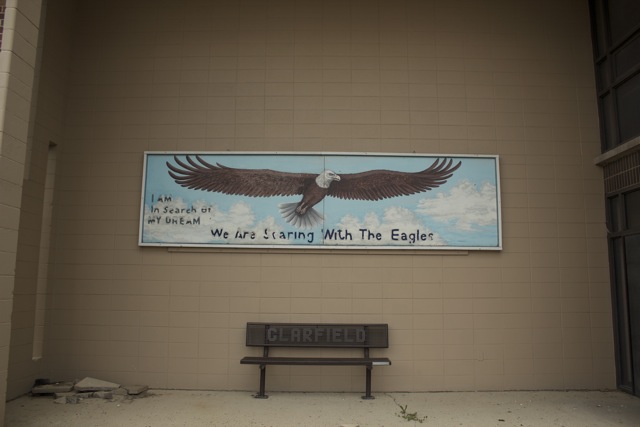 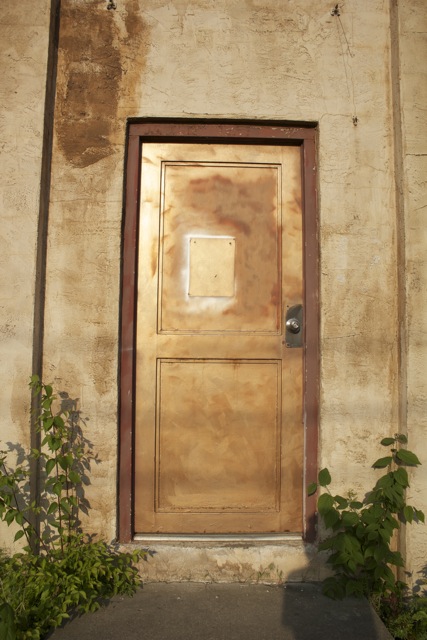 Changing my approach to follow photography first, as opposed to action, has definitely opened my mind to the larger possibilites and ways to streamline the music video process.   As a result, we were able to knock the first video out in a very short amount of time.  The time that I normally spend trying to figure out the location and come up with a cool shot is already done when we get there to shoot, which speeds up the process enormously. I’m done with my preliminary edit and I’m working on the color and look of it now.  I’m excited to share it with you all and hope you’re near a computer next week because we plan on releasing the music video for “Microwave America” first thing next week!