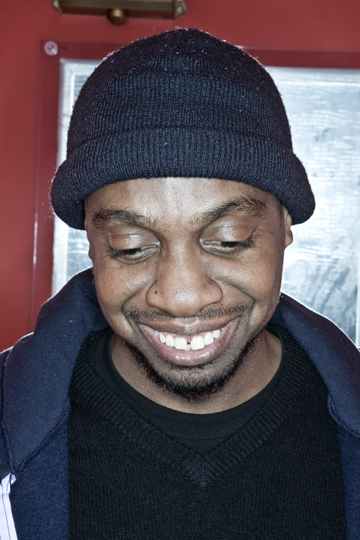 Today is my three year sober date.  To be completely honest, the idea that I would be able to go three years without drinking wasn’t something that I believed was possible when I first decided to quit.  So I’m equal parts proud and surprised today.

My life has definitely changed for the better since I made the decision to quit drinking.  I used to feel bored, as if every day was a struggle to find meaningful activities to keep me busy.  It would take me so long to get my work started that I would be up until four or five in the morning every night, which then caused me to wake up late the next day.  I spent so much time looking for inspiration that the search for inspiration became a distraction from actually creating anything.  It’s easy to get your priorities mixed up when you’ve got too much time on your hands.

Now I feel the complete opposite. The renewed sense of purpose I have makes me feel as though there is never enough time in the day to do everything I would like to do. Twenty-four hours just isn’t enough; a thirty-hour day would probably be ideal, but I’d probably still complain about it and and wish it were forty-hours.  I don’t feel like I have to search for inspiration as much anymore.  It’s everywhere. All I have to do is make sure I stand still long enough to see it. Something I was never quite able to do when I was drinking heavily.

My sobriety has taught me that my biggest problem was that I had set goals that weren’t high enough.  The same conservative mentality that prevented me from trying things on stage that I couldn’t do drunk, like playing piano, also prevented me from setting super-ambitious goals. Now I set my goals higher than ever.  I’ve realized that much of my drinking was caused by not confronting my fear of failure.  That fear caused me constant anxiety.  Three years later, I fear not trying much more than failing.

My understanding and appreciation of time has completely changed, but not just as it applies to my career.  I find myself wondering how I can use what I have learned and been through to help others. This appears to be the next step, as I feel more comfort and stability.

I wake up without an alarm clock most of the time because I’m not hungover–I’m excited about what I get to do every day.

Not being able to use alcohol as a scapegoat forces you to take responsibility for your actions. I used to look externally when things went wrong, but now I look internally.  The years I spent drinking heavily left me with quite a few things that I wasn’t proud of, so I have made my rounds apologizing to those that I have hurt.  I thank those who accept my apologies, but have no ill will towards those that don’t. Forgiveness must be earned. Nobody has to accept your apology, or forgive you for what you’ve done.  Sometimes the most they can give you is a forum to express it, and even that isn’t easy.

Sobriety has also allowed me to make changes in my diet.  At the most, I eat meat only once every couple of weeks, and consume a plant-based diet.  I feel ten times better and now I have way more energy to put into the things I love doing.  I try to help my family and friends as well in this regard.

I lost a close family member about eight months ago and it changed me. Although the pain was hard to deal with, one of my first thoughts was that there was no way I could have been the man I needed to be for my family had I been an alcoholic.  I would’ve been drinking a lot and very destructive at that time.  I never thought about it in those terms before; how I need to be 100% there for my family or I can actually become a liability in times like those.  I now seek to be an asset to those around me.   A person they can count on to actually pick up the phone when they call and not be passed out or at the bar all the time trying to escape.

I don’t want this to get to dark because really my situation is not dark.  I feel great about everything and very appreciative.  Numbness has been replaced with feeling, distance has been replaced with intimacy, and escapism has been replaced with a newfound appreciation for the moment that I am living right now.  I read a lot now and found a great deal of inspiration in revisiting African and African-American history last year. Opening up my historical perspective has given me a greater appreciation of my people’s history, who I am, and what I am here to do with this limited time on earth I have been given.

Now I just want to be the best person possible. Somebody that inspires others and can be counted on. I am proud of my journey and sobriety and think that hip-hop needs more people who are unafraid to say it’s ok. It’s ok to not want to drink.  You can be yourself without it.  Sobriety doesn’t make you weak or uncool.  Whether you choose to drink or not is a decision that’s up to each individual – lord knows I’ve put enough time into the bottle that I can’t judge anyone – but it’s important that people know that they can live a happier and more functional life without alcohol.

p.s. If any of you have any questions about it, feel free to hit me in the comments section.  I’d be happy to discuss any part of what i have been through.