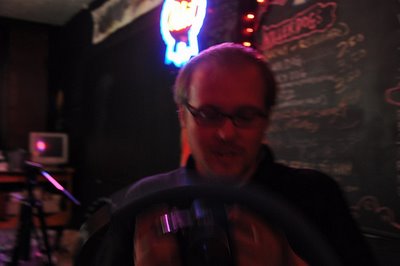 I shot a music video for a song off my upcoming album called “keep bouncing” a couple months ago. Since the song is pretty much about the dumb shit that goes through your mind when you’re drunk and bouncing around from bar to bar, I figured it was only right that I shot it at some local Columbus bars. We shot it in one night at three seperate bars: Skullys, Cafe Bourbon Street, and Carabar. Although about 90% of it was shot at Carabar. My homie Bridget had her camera and took some pictures. As you may or may not know, shooting music videos involves a great deal of standing around waiting for your part to come up, so it should come as no surprise that these pictures are of us doing just that–standing around and waiting.

I figure I would post this because the videographer just told me that he’s really close to being done and should have a draft to me soon. I’m excited.

All photos by Bridget Brown