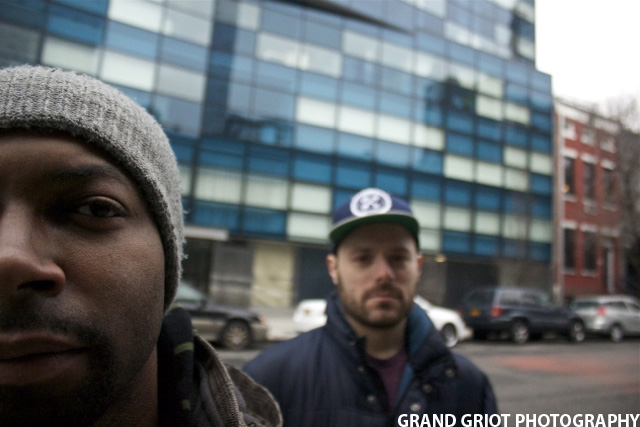 This past weekend I drove to New York to do my first photoshoot as a photographer.  I’m used to photoshoots as an artist, but this time around I was on the other side of the camera; doing press photos for my friends and fellow artists Illogic & Blockhead. They have a new album coming out later this year and I’ve been hired to do some photos and video work for the project. It’s a huge compliment and a great opportunity for me to apply what I’ve learned the past couple of years.

After we finished the photos, something was telling me to try one more.  I had an idea in my head and I knew it would’ve bugged me if we didn’t try it.  So I asked the guys if I could try one more shot and they were with it.

After a few tries, I nailed the shot I was looking for. In fact, it’s probably the freshest picture of the whole bunch.

That was when I understood that there are no accidents in photography.

Every time you see an amazing photograph, it is the result of years of experience and preparation coming to fruition.

The people who take the best pictures are able to do so because they put in more work and have a clearer vision of what they want (before they pick up the camera) than everybody else.  While they may have a day where the sun peeks its’ head out of the clouds at the exact moment they need it, or the person they’re shooting cracks the perfect smile at the perfect moment – there is nothing accidental or lucky about their results.

I’m still very much a novice at the technical aspects of photography, but this understanding inspires me to be more prepared than ever.  Next time around, I won’t wait until the end of the shoot to try more elaborate ideas and shots that take longer to setup because now I understand the reward that comes along with that level of commitment to detail.  If I want the best results, I have to put the work in.

Great results are no accident.

p.s. Here is the second video that I did for my guy Zero Star in his series “A Star Is Born.” Been getting a little more heavily into video lately, so I’ll be sharing these from time to time.