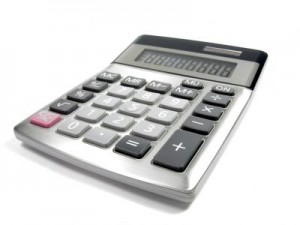 A couple months back, I read a story about a man who says he gained happiness when he gave up doing what he loved and took a regular job. The man studied math in college and his first job was as a high school math teacher.

His first year as a teacher was amazing, but his second year is when the trouble started. He started noticing that dealing with the children’s personal situations and problems robbed him of the joy that teaching math brought. He became depressed and began to resent his job.  The man resigned a year later.  Eventually, he went back to school to take some additional classes in accounting, then took a job as  an accountant. The man said he found happiness by giving up a career he “loved” to take a “regular” job. He said he wrote the story because he often hears too many bloggers suggest that true happiness comes from an endless pursuit of doing what you love, a suggestion that causes them to overlook the fact that many people can find happiness by taking a regular job with less stress.  These people choose to put emphasis on areas of their lives they deem more important like children or family and look at work as just a paycheck they need to maintain a stable life.

The story was on a blog I frequent and find very inspirational, so I was immediately taken aback by a blog that basically suggested that doing what you love is overhyped and sometimes not practical.  Surprisingly, his post was met by a large amount of agreement from people who said they also felt alienated by the constant suggestion of following their dreams and doing what they’re passionate about because they weren’t in the position to do so. It just wasn’t practical for them and they resented the suggestion.  I sat with this for a while really thinking about this man’s story and the responses it got. I wasn’t necessarily surprised by the number of people who agreed with him, but I was definitely surprised by the number of people who admitted they had serious doubts and resentment towards people who often spoke about doing what you love as the key to happiness.  Eventually I noticed something in it that I don’t think anybody else caught at the time it was posted.

Before I get into that I have to fully admit that I’m a bit biased. I am one of those people who believes that doing what you love will make you happy, especially in your career.  I understand that some people don’t get this, particularly those that have “regular” jobs and are not in the position to financially take on the risk that comes with chasing their dreams.  I also understand that everything in America is built around conformity and not taking chances.  We live in a culture that wants nothing more than for its’ citizens to fall in line and not stick with the program.  The history of counter-culture, civil resistance, and civil rights in this country shows this loud in clear. This knowledge makes me automatically skeptical of people saying that people working jobs they hate is the key to happiness or somehow good for our society. I start to question their agenda and even whether they are simply appealing to the “stay in line” sentiment that exists in most of our society.

However, while I am an advocate for it, I don’t suggest doing what you love as some sort of sales pitch, I suggest  it because I did the opposite for many years.  I went to college and studied something I was “interested” in (not passionate about) and then I took a job doing something I was interested in. I made really good money doing it for several years.  However, once I was given the opportunity to pursue music full-time (something I loved), I saw what it was really like to have a career where you get to do what you love every day, and how different that was from everything I knew and had been told most of my life.  I consider myself very lucky, so I’m very focused on being successful. I understand that it’s not just sitting around making beats or smoking weed every day like many people think it is.  It takes a lot of commitment and dedication.  The time I spent working a “regular” job gives me a unique perspective on doing what you’re passionate about. I’m not a guy whose never had a real job that gets paid by telling people to quit their jobs while I backpack the world.  I did something I hated and I understand what it’s like to have to keep a job because you have bills to pay and responsibilities to your family.  That’s real, and I respect the fuck out of that.  Everybody can’t just quit their job and do what they love and I would never suggest that.

Now that that’s out of the way, I would like to point out something I noticed in that story.  While I realize that the man resigning from teaching and taking a career as an accountant was for the best, I think the fact that he took on an accounting job is very telling.  What it says to me is that he never really had a passion for teaching, he had a passion for mathematics, because math is prevalent in both careers.  Accounting is a career that involves a lot of math and a limited amount of interaction with people. Teaching math, on the other hand, is a career that involves a maximum amount of interaction with children (i.e. little people) and a minimum amount of math.  I won’t claim to understand everything about the guy who wrote the story, but I believe his entire problem was caused by the fact that he never really zeroed in on what he really loved doing.

Being passionate about math doesn’t necessarily mean you have to be a math teacher. Above all things, teaching is about children. It’s about guiding children through the learning process and preparing them for the future. It comes with a lot of social responsibilities and baggage as well. Unfortunately, it’s not necessarily about creating a future generation of math lovers, although I’m sure it’s easy to get that misconception.  Once the man in the story started working as a teacher, he found out that the personal problems of the students overshadowed the time he spent on teaching math and his love for it.  The important lesson isn’t that he gave up his dream job, as he claims, the important lesson is that by taking a job in accounting he is still doing math.  In fact, he is probably more happy now because he still gets to do math everyday, which was obviously his real passion, not teaching.  I’m clearly not a teacher (if there are any teachers reading this please feel free to give me your input below), but I think it’s safe to say that teaching isn’t necessarily about having a forum to perpetuate the awesomeness of your field of interest – it’s about helping kids, not only academically but socially.  That’s not to say you shouldn’t be trying to perpetuate the awesomeness of your field of interest, I’m just commenting on what the reality of teaching kids in the American educational system actually is – not what it should be.  If you’re truly into helping kids first and foremost, then you expect the social problems that come along with it.  If you’re there for the wrong reasons, then you’ll have a hard time and probably quit.  That goes for all fields of interest.

I studied Computer Science in college because I was interested in it, but mostly because I knew it was a field that had a bright future and job security. Unfortunately, I was unhappy as a computer programmer.  I still work with computers every day, just in a different capacity. Nowadays I get to celebrate my inner computer-nerd through wordpress and music production software.

Although I disagree with the way the man implied that he gave up a “career he loved” for a “regular job” and suggested that doing what you love is overrated, I think it’s important that we recognize that all he did was shift his love over into another area underneath the same umbrella of interest. Furthermore, it’s commendable that he began the process of focusing in on exactly what he needed to do to be happy.  It’s a process we all go through in attempts to narrow down our interests and surround ourselves with what we love doing.  It is extremely rare for most of us to know exactly what we need to be doing in our careers right after graduating college.  In fact, most people don’t really figure it out until their 30s.

This situation applies to many conversations I’ve had with people about music as well. I meet quite a few people who say they’re interested in careers in music, but most seem to think they have to be involved as a performer or in front of a crowd to do that.  There are so many cool jobs in the music industry that need talented and passionate people in them but don’t involve performing: tour managers, merchandise selling, graphic design, tour booking, artists management, strategic and project planning, web design, video content production.  I ran a small independent label for 11 years and saw this first hand.  It’s easy to find people who want to be performers, but most people don’t explore (or don’t know about) the other opportunities within their area of interest, many of which may make them happier than the specific area of interest they think their happiness lies within.

Consider this when evaluating whatever your passion in life may be.  My advice is to take a step back and identify what you enjoy in a broad sense.  Then try to open up your scope and see all the opportunities in your area of interest, not just the ones that are the most accessible or easiest to achieve.  For those that are unhappy in their careers or are involved in fields that don’t seem to have a bright future, don’t take that as an indication that your passion was misdirected.  It may just mean that you need to take some time to zero in on what you really love doing.  Explore.