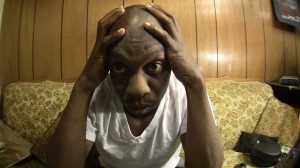 Agonize is a cool word.  But you gotta use it sparingly.

“I was really agonizing about whether I wanted peanut butter & jelly or a turkey sandwich for lunch. It was a tough choice, ’cause I really like turkey…but I already had it on Monday..ugggh, so agonizing!”

People might start to resent you for unjustly breaking out agonize like that.  It’s almost like the kids who used to pull the fire alarm in middle school all the time; it got your attention, but once you realized it was fake you were kinda pissed.

Nobody throws painstaking around unless they mean it.  Best believe if they use painstaking, there was at least emotional pain involved, possibly even some physical discomfort.

“sir, we went through painstaking lengths to get your credit card back. rest assured you’re in good hands”

Painstaking by itself is pretty heavy, but throwing lengths on the end of it is gonna raise some eyebrows for sure.

Painstaking is one of those words that can open up a secret level of vocabulary, like some sort of video game cheat code.  Because once you let painstaking fly, you can say shit like “rest assured” and “we wont rest until blah blah blah happens”.

I guess people take their rest pretty damn seriously, because the mere mention of somebody sacrificing their rest to solve your problem feels like a grand gesture.  Even if it isn’t true and they’re just talking shit, it just makes you feel a little better.

Telling a customer that you wont rest until their problem is resolved is like telling them God is personally handling it.

No matter how fucked up the situation is they grant you at least one more day to fix it.

When I was a computer programmer, we would tell people their problem had been “escalated to the highest level of support” and that would usually shut them up.  Looking back I’m not even sure if they understood what it meant, it just sounded good to them.  Escalating something to the highest level of support conjures up images of a giant silver tower, where all the people with the answers are at the top floors, and the person you’re on the phone with is on the ground floor with the rest of the dumb asses who don’t know shit.

“oh word? it’s getting escalated to the highest level? awesome!!! you’re the best!!”

Unfortunately, most of the time the people who your call got escalated to sit a couple cubicles away from the person you’re on the phone with. I guess saying something is moving vertically as opposed to horizontally makes people feel better.

“Sir, I’m gonna pass your problem off horizontally to Dave who sits a couple cubes down from me, and he’ll hit you up whenever he gets to it” just doesn’t sound too comforting, but it’s what usually happens.

Another good one is “Come hell or highwater”.  That one’s so powerful I think I’ve only heard it once or twice in my life, and I knew beyond a shadow of a doubt that the person who said it meant business.

“Come hell or highwater you’re little ass is cleaning up your room up tonight or you’re not going anywhere!!!”

How do you even respond to somebody who drops “come hell or highwater” on you?  That’s basically saying that not even an act of God can protect you from the consequences.  Oh the entire city’s been besieged by a massive flood?  You’re still cleaning up that bedroom.  Oh you died and went to hell?  So what, that room better be clean before you go to your funeral.

Hell or highwater is some deep shit.