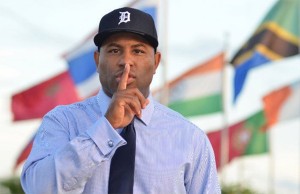 I haven’t been blogging as much the past couple weeks because I’ve been dealing with a very serious family situation.  It’s been one of the toughest things I’ve dealt with in a many years, and I’ve found a need to back away from social media in attempts to put things into perspective.

Finding inspiration has been tough.  Yet, today I was able to find some from a familiar place.  There’s a motivational speaker named Eric Thomas, whose career was propelled into the spotlight from a youtube video titled “Secrets of Success.”  I’m definitely a fan of his work.  Last week, Eric Thomas did something that is pretty revolutionary for a motivational speaker–he released a mixtape titled “The Blueprint to Success.” The Mixtape has some of his best moments in motivational speech.  I downloaded it today and I’ve gotta say it’s lifted my spirits tremendously.

That said, if you are down and need a lift, check it out HERE