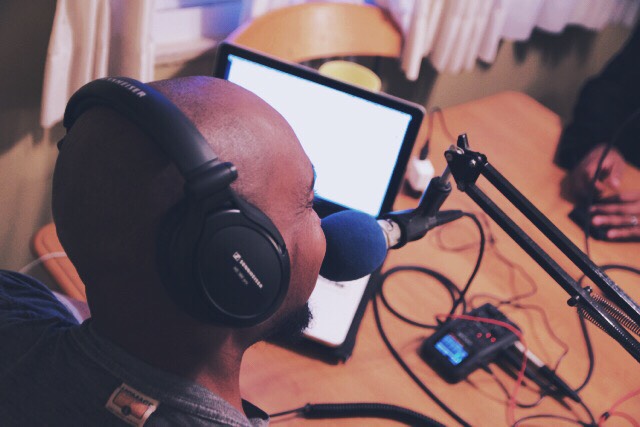 For the last year or so, there have been rumblings from the fans of my podcast Super Duty Tough Work, asking us about a video version of the podcast. At the beginning, I dismissed it because it seemed like something that would very difficult to pull off and because I wasn’t sure there was enough interest in it to justify the effort. But over the last couple of months, my thoughts have changed on it.

There are times when an artist has to admit that he doesn’t know it all and that sometimes the people who support you can see things that you cannot see. Since we originally created Super Duty Tough Work as an audio podcast, it was initially difficult to see it as a video show. Mostly because, to us, it’s just a couple of old friends having a weekly conversation about how to be the best versions of ourselves, which we didn’t think could look visually compelling. We weren’t drinking or smoking weed and we didn’t have any celebrity friends and their entourages in the studio with us. In fact, there was no studio. We record it in my kitchen! I now understand that our fans love us for us and everything we’re not makes us exactly who we are.

So the last few months I’ve been slowly stockpiling small pieces of gear and testing them out. What most people may not know is that shooting an hour-long show–where we could literally be talking for 30 minutes straight–poses some unique technical challenges. From the number of cameras needed, to the types of cameras, to the storage needed for the footage, to the processing power it takes to edit the multiple angles of footage–there are a lot of challenges. And I now see why most podcasts don’t do it. Very few podcasters have skills in video production, so they would be spending a ton of money just to produce content that they aren’t sure would get watched. Thankfully, this is where my experience in making music videos and films has come in handy; I’ve been able to work through all these challenges without spending a bunch of money, just time.

As it stands, we are trying to bring a pilot episode of it to you all very soon. There are so many little issues that have popped up–from cameras being accidentally turned off, to lights not being turned on, to footage not importing correctly–that I’ve had to try to develop a system for the video side that will ensure our chances of making a quality product. Creating that system is still in process, but it is coming along.

I say all that to say this, we’re getting close to have something for y’all to check out. For fans of the audio podcast, nothing will change. We will still drop every week as usual.

For fans of the audio podcast who are interested in visual, we will have something visual for y’all soon. Stay tuned here for more updates. In the meantime, please do us a HUGE favor and subscribe to the Super Duty Tough Work youtube channel that we be using soon (and make sure to hit the bell symbol to receive notifications). The more people that subscribe, the more we will be able to gauge interest in it