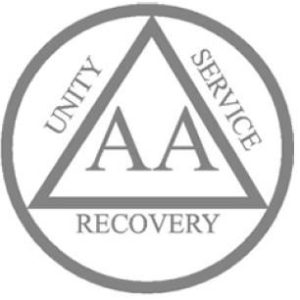 During the first month I stopped drinking, the most overwhelming feeling I had was the need to talk.  I’ve got plenty of friends that drink a lot, but I didn’t really feel like any of them were at the same place I was at with it, so I felt cut off; almost as if I had drawn a line in the sand that I couldn’t cross out of respect for them.  The last thing I wanted to do was to come off preachy or like I was better than anybody else just because I had managed to stop drinking for a few weeks.  Hell, everybody that drinks has taken time away from it, so what made my time away any more significant than theirs?  I couldn’t decide either, so I kept quiet, and just wrote about it here, still not talking to the people around me much about it.

After a while I realized that not talking about it might not be healthy and I decided that maybe I need to go to a meeting.  It was the only option I could think of that pretty much guaranteed that everybody in the room would understand what I was going thru. So I made the call.  I described what I was feeling to the lady on the phone and she told me since I was going on my own and had stopped on my own that it would best if I just went to a meeting where I could sit and observe first, just to see if it’s for me or not.  She asked what side of town I lived on, and when I told her, she told me there was actually a meeting going on about 2 miles from my house in about 45 minutes.  I wrote down the address, and thought about it for a few minutes.  Then I decided to go.

The meeting was in a small hall that I’ve driven past tons of time and never paid any attention to, but now that I’ve been there I will never forget it. There was about 30 people in the meeting, each called up one-by-one to talk about what they had been through since the last meeting and their journey.   Most, if not all of them were there because they had to be.  Things had gotten to the point to where it was a condition of their release, court ordered.  Others had just hit rock-bottom.  But everybody in the room was sincere.  Trust me when I tell you that there is nothing prestigeous or “cool” about going to a meeting like that–whether you choose to go on your own or are forced.  It’s extremely humbling.

I can honestly say that I haven’t been that emotionally moved in a long time.  Hearing the stories of people who have suffered real losses because of alcoholism–like time in jail, ruined family relationships, loss of jobs and property–really effected me.  There were about three different points in the meeting where tears were in my eyes, just from listening.  It made me really put my own situation into perspective. Yes, I had stopped on my own, but if I didn’t stop soon I would be headed down the same path that these people had already walked, and that made me really uncomfortable.  Just seeing how some people had very little opportunity in their lives, while I had all this great opportunity in front of me, yet wasn’t taking full advantage of it really fucked me up.

Prior to going to that meeting, my thoughts were “I need to chill out on the alcohol for a while”, but when it was said and done my thoughts were “I don’t need to ever go back to that again”.  For the first time, I just didn’t see anything harmless or fun about the lack of balance I had in my life–do music all day, then drink all night–I only saw a destructive path in front of me.   I left that meeting with a lot of determination, to try to make sobriety a permanent fixture in my life.  Not just do it temporarily because I had a bad taste in my mouth and needed a momentary escape from it.

This week will be my 5th month sober, and I hope to keep it going as long as I can.  A lot of people have asked me how long I want to go.  It’s hard to articulate that.  On the road there were plenty of people who even after I told them I wasn’t drinking were like “just one wont kill you, will it?” and to that my answer would be “it wont kill me, but I’ve got something I need to prove to myself. i need you to understand that if i drink that, i will be failing myself.”  Then they would understand. While it is just a drink for some people, it’s a lot more than that to me.

At any rate, I made it through my first tour without having any alcohol.  So I want to thank everybody that bought me orange juice, soda, or water instead of booze.  The gesture is just as significant to me because it shows support for what I’m trying to do, and it doesn’t make me feel like I can’t kick it just because I’m not drinking.

I also want to thank all the people I met on the road that read this blog and chopped it up with me about it, all the people who checked up on me to make sure I was still on my path, as well as the people who told me they were inspired by what I’m trying to do.

What exactly am I trying to do?

Also, thank you for reading this and for your comments, because me having a place to talk about this is very important, even if it is just words on a screen, it means something.