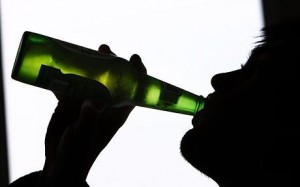 In a few days it will be almost 3 months since I decided to try to stop drinking.

A lot of people have asked me if I’m ever going to drink again.  I always have a hard time answering that. Mostly because sobriety is a day-to-day thing.  Drinking was a day-to-day thing as well.  The problem wasn’t that I actually put drinking on the agenda, it was that I never put anything else worthy of my time on the agenda, so it was an easy victory for drinking.  So I’m not going to sit here and say that I will never drink again.  That would be self-righteous and complete bullshit.  But what i will say is that the bad taste in my mouth is still very fresh, and that makes it very difficult for me to consider it right now.  So in my attempts to make sure I never forget why I stopped drinking in the first place I’ve found it helpful to write down all the things I regret.  I figure if I write them down, then they become real, and if they’re real then I have to account for them.

Some of my regrets are small things that I don’t think anybody ever got too bent out of shape about, and others are things that definitely didn’t go over too well. But regardless of the results I still have a certain level of guilt about all of them.  So here is my list of regrets:

Not Continuing to Learn – the biggest change I noticed since I’ve stopped drinking is how much I want to learn and read again.  It’s almost like my brain is saying “feed me! feed me!” I’ve always wanted to learn new things, but for a while there I had absolutely no interest. My only interest was in taking every day to the fullest and doing music.  I regret that I let something derail my natural inquisitiveness because as you get older there are enough obstacles in your path to continuing your education without alcohol, and all I did was make things harder for myself by spending so much time doing something that I didn’t really get much out of.

Forgetting Things That Happened – I’m sure everybody can relate to this one.  I don’t think there’s a worse feeling than having somebody else explain to you what you did the night before.  The only thing worse I could imagine is when you realize that there’s an hour or two from the previous night that you don’t remember at all–your memory goes up until about 1230, and after that it’s anybody’s guess.  Looking back now, it seems kind of silly to say that you want to drink so you can have more fun, but then drinking to the point where you forget the fun you actually had.

Forgetting Meeting People – There are certain people I’ve met 3-4 times and completely forgot about it because i was drunk every time I met them.  I admire and thank them for being cool about it, but I still feel like shit about it.  There are girls that I hollered at 3-4 times, and forgot I hollered at them because i was drunk every time.  I can laugh about hollering at the same chicks multiple times because it sounds like a skit on some sitcom, but I’m definitely not proud of it.  It’s actually kind of embarrassing, especially since its something I would never do sober.

Forgetting peoples names – This goes hand-in-hand with the above.  I was never good with names in the first place, so the last thing I needed was to further compound the problem by adding alcohol to it.

Blowing things out of proportion – I would bet that most people that allow alcohol to play a significant role in their lives do so because of how it allows them to cope with anxiety.  There’s a whole just-have-a-beer-and-it’ll-be-ok mentality out there that I definitely fell victim to.  In moderation it’s not that bad, but the problem is when you start to blow things out of proportion and overreact to things as an excuse to start drinking.  I noticed that I had definitely adopted that behavior, and i regret not having a better way to cope with it; call friends, call family, lift weights, shoot hoops, meditate, pray, etc. Anything would’ve been better than what I was doing.

Giving alcohol credit for the good things about me – There was a point a couple weeks before I tried to stop  drinking when i remembered saying to myself “i always say some amazing shit when I’m drunk“, but no sooner than the words had left my mouth I had to check myself.  The problem I noticed is that when you give alcohol credit for something that you do, you never take full responsibility for your actions–good or bad.  In my case, I was noticing that almost any clever or good thing I said or did ended up being credited to alcohol, and that really bothers me now.  It bothers me that I felt I needed to give something else credit for the unique individual I am, and who i was before I ever had a drink.  It even extended into me subconsciously saying things to myself like “I’m so much better on stage when I’m drunk, than I am sober“, when that isn’t the case at all. I may have been more relaxed and more in the moment when I was drunk but that doesn’t mean I was putting on a better show.

Giving alcohol credit for the bad things about me – This is very similar to the above, except its when you blame alcohol for all the bad things you did, instead of accepting responsibility for all of it.  I’ve always believed that alcohol doesn’t make people somebody they aren’t, but what it does do is bring out what was already inside them that they may or may not have had the courage (or an excuse) to show when they were sober.  All the rude shit people say when they’re drunk–they really mean it!  Would they have said it when they were sober? Probably not.  But does that mean that it’s alcohol’s fault they’re being an asshole now?  Nope.  It’s who they are.   I was definitely guilty of this one.

Not cherishing memories – This is one that hadn’t fully hit me until recently.  The beauty of alcohol is that I allows you to relax and live in the moment.  Living in the moment is great sometimes, but the downside is that the more you live in the moment, the less appreciation you have for the long-term significance of things.  It like an artist that’s painting a huge mural.  If he stands too close to the portion that he’s working on at the present, he has no idea or appreciation for how everything comes together as a whole.  He has to back up away from the painting to just get some perspective.  There are a lot of things that I may have been involved with that I’m proud as hell of, but because i was so living in the moment I don’t think I ever got to see them the same way everybody else around me may have.  Life is short.  Some people have pretty heavy things to deal with everyday.  Others are blessed to be in a situation where they can see and experience more.  Both of those groups seem pretty opposite, but the only thing that really separates them is perspective, and appreciation.  Realizing what you have is great, seeing the good in the work you do, and having perspective.  Cherish life, and cherish the memories that you’re making is what I tell myself now because I don’t wanna lose perspective on the blessing that I’ve been given to even be able to do music full-time, and what that means.  It means that people believe in me and my music.  And i need to honor that by treating it like it’s sacred, because it is.

Driving drunk – If you go out 4-5 nights a week then chances are you’re going to drive home over the limit at some point.  And it’s highly likely that even if you get over once or twice, you’re gonna eventually get caught.  I got pulled over a couple times, and although I’m still not sure how I was let go–I was let go.  I regret putting myself and others in that situation, and never want to be in that position again.

Neglecting my health – When you drink a lot, you don’t get home until pretty late, usually sometime between 3-5am. And when you don’t get home until that late, you sleep too long…And when you sleep too long you have a hard time getting up the next day…and if you can’t get up on time the next day then you can’t get things done…and when you struggle to finish the basic shit you need to do everyday, you definitely struggle to do extracurricular shit like working out.  Drinking excessively in itself is bad enough for your body, but all we do is compound it by not working out and living an unhealthy lifestyle.  Plus, if you drink a lot, you probably eat out a lot, which is usually bad for you as well.  I was deep in the hole with this one, usually moreso in the winter months than any other time of the year.

Ok…that’s about all I’ve got for now.  I hope that this isn’t too sad or somber of a topic for yall, but I’ve felt a really strong need to talk and write about this experience, and I hope that maybe somebody else out there who might be going through what I’m going through finds some comfort in reading this and in knowing you’re not alone going through it.