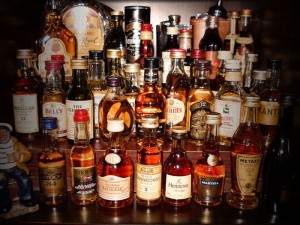 I haven’t been too vocal about this in public settings, mostly sharing it w/ my closest friends, but I stopped drinking about two months ago.  If i remember correctly it was May the 15th.  At the time I had no idea how long i would go without it, whether it was a short or long-term thing, but i knew i had to stop.  While it’s easy to say that I wasn’t as bad as a lot of people I was hanging out with, I can confidently say that things had gone too far for me, and for the lifestyle that i need to maintain to be productive and healthy.

At first, I just felt bored, which is ironic because it wasn’t like I was sitting at home doing nothing.  I was doing a ton of music and me and my dudes would go out all the time.  The problem was that we started to feel like we were seeing the same things over and over again, and that places that used to be our favorite spots just weren’t exciting anymore, unless we drank to the point to where we would have fun regardless.  This lead to a period of time where I was trying out new things, going to new places (mostly new bars), all in the name of erasing this bored with everything feeling that began to take over my outlook.

At home, I was feeling like my body was starting to talk to me, and tell me to slow down.  When i first started drinking I could drink until 3am, wake up at 9am, and still be productive.  But that’s not the case anymore.  Alcohol seems to have a cumulative affect on a person, whereas the more you drink the more it chips away at your productivity and clarity until you think that waking up at 2pm is ok, and as long as you’re not hungover for the two days then its ok to be hungover for one.   I began to notice that it became harder and harder to get started on my work before well into the day, and because i got started so late I would complete less, which would make me feel shitty about completing less work and want to drink more.  The cycle had officially began.

Looking back I now realize that I really only had two main activities in my life: music and going out.  I would do some music, then go out.  Recover from going out and do some music again.  Now that I write this I see how unhealthy it is at a very fundamental level to have so few outlets.  It wasn’t always like this.  I was always into sports and really technical nerdy stuff like computer programming, but i noticed that the more I would drink and go out, the less I would care about stuff like that.  I think i probably averaged only reading 1-2 books per year the past few years.

So over two months ago, I realized I was fed up and needed to take a few days off drinking.  The few days off turned into seven days off.  While a week off drinking doesn’t seem like much to most people, it was a lot for a dude that goes out 4-5 nights a week and had never done it by choice before.  The previous breaks i had taken were because of circumstance; hanging out with family, playing an all ages show where no alcohol was served, having a serious deadline to keep, or being too hungover to drink.

At the seven day mark i went out to meet up with friends and have a drink, but it just didnt feel the same.  It just didn’t feel as natural to put alcohol in my body as it used to.  I wasn’t completely sure, so i went to watch the NBA playoffs the following week and tried to just drink a beer, and could barely drink it.  That’s when I knew it wasn’t going to be a temporary thing this time around.

That was May, and it’s almost August now, and I think i’ve only had one glass of wine on for my birthday since.

This experience has been something that I’ve wanted to write about for a long time, but I haven’t had complete faith i would be able to word it correctly to not come off like I’m better than anybody because i was able to take a couple months off drinking, or that my struggle even compares to those out there who have lost so much because of alcohol.  There are people who have been through some truly terrible situations with alcohol, and I don’t want to trivialize that.  I know that I’m just a regular person, trying to be a better man, and I hope that me writing about this helps somebody else see that what they’re feeling is ok, that it’s ok to try to change, and it’s never too late to improve yourself and live a healthier lifestyle.

So if it’s ok with yall I’m going to write about this from time to time, because i think I have to.  All i’ve wanted to do since i’ve started this journey is talk about it with people who understand, but that has been very difficult because everybody is in a different space.

Ok, that’s all I’ve got for now because i don’t want this to get too long.  I’m going to break this up into other parts so as not to bore everybody.