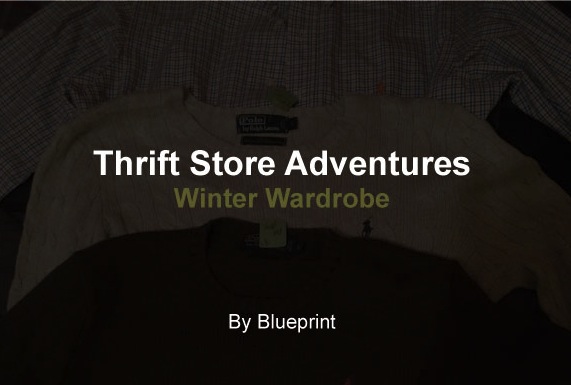 My only errand that day was to pick up a pair of cheap sweatpants that I could rock during my workouts. I was sure I could find a pair for the cheap at the thrift store near my credit union.  It would be a simple mission: grab the sweats and get out quick.

Well, it didn’t quite work out that way.

I grabbed my sweatpants in the first five minutes there.  Then I started thinking about the sweatshirt I work out in and realized that I don’t have one.  About two years ago, I had donated about 80% of my wardrobe to good will because it didn’t fit me anymore after I lost some weight. It was a part of a greater effort I’ve been making to de-cutter my house and life by getting rid of anything that I don’t actively use or wear.  So for the last two years, I’ve only owned about 6-8 shirts, 4-5 pair of pants, and 3-4 sweaters.  I know that sounds pretty extreme, but it’s true.  It was pretty liberating to get rid of all those clothes that I wasn’t wearing anymore, but I always had intentions of picking a few more items that fit me, so I wouldn’t have to wear out what I have now by wearing them so frequently.  This is what led me to working out in one of my good sweaters every day, which was a bad idea and why I needed some sweatpants and a sweatshirt.

So while I was looking thru the isles at this suburban thrift store, I started seeing things that I would never see on the racks at the ones in the city limits.  At first I thought it was just an isolated incident–one nice polo shirt located in the midst of a bunch of crap–but it wasn’t; this store had so many gems in it that I had to stop right then and there in my tracks.  I looked around at all the other men in there really suspiciously, wondering if they saw the same thing i was seeing. And if they did, why wasn’t their cart filled with all this fly shit?  The only feeling I can describe that’s similar is the feeling of record shopping when you find a record store in a small town that has an insane amount of dope records in their dollar bin.

I had no choice. Fuck the sweatpants, I had to go in.

I went down every isle of mens clothing in that place and came up on some gems.  I actually go to this particular Thrift Store every couple of months, but have never seen this level of quality in there. Even better was the fact that all of it was my size and they had a dressing room to try things on!  I had no intentions of spending the money I spent, but I went ham in there and I don’t feel bad about it at all because, like I mentioned earlier, I literally have been wearing the same 6-8 shirts for the past two years and own so little clothing that I will routinely wear the same one or two outfits all week.  I may have stopped caring about having a lot of clothes, but I still know a good deal when I see one!

Anyway, here’s what I came up on: 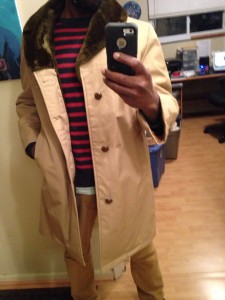 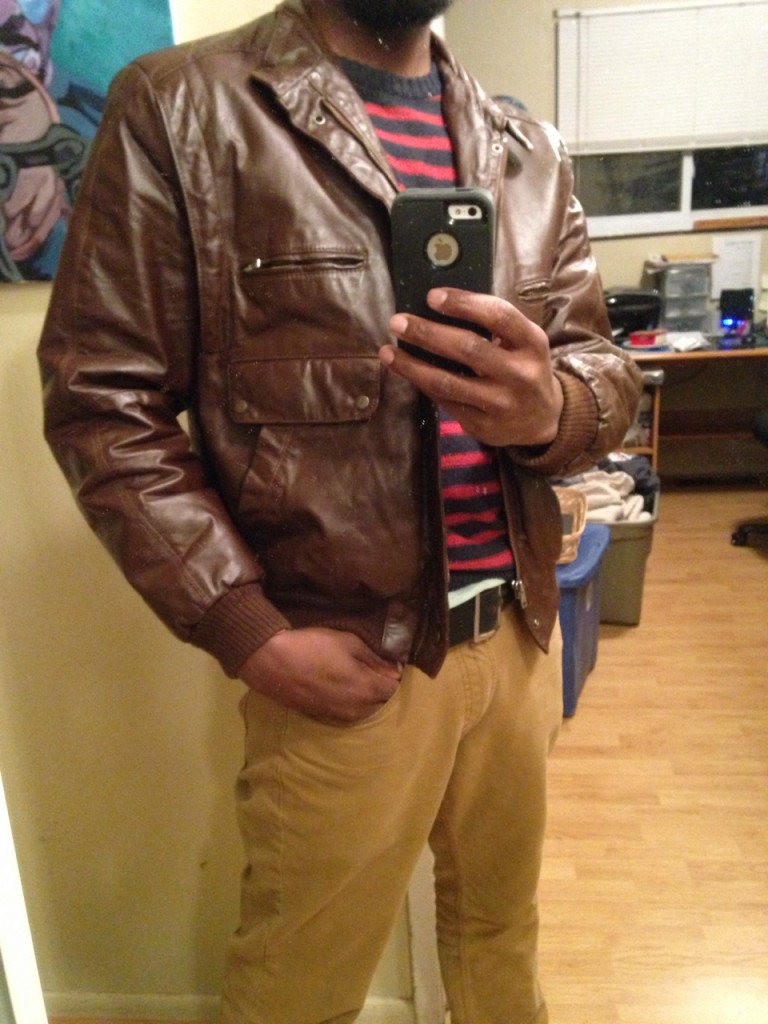 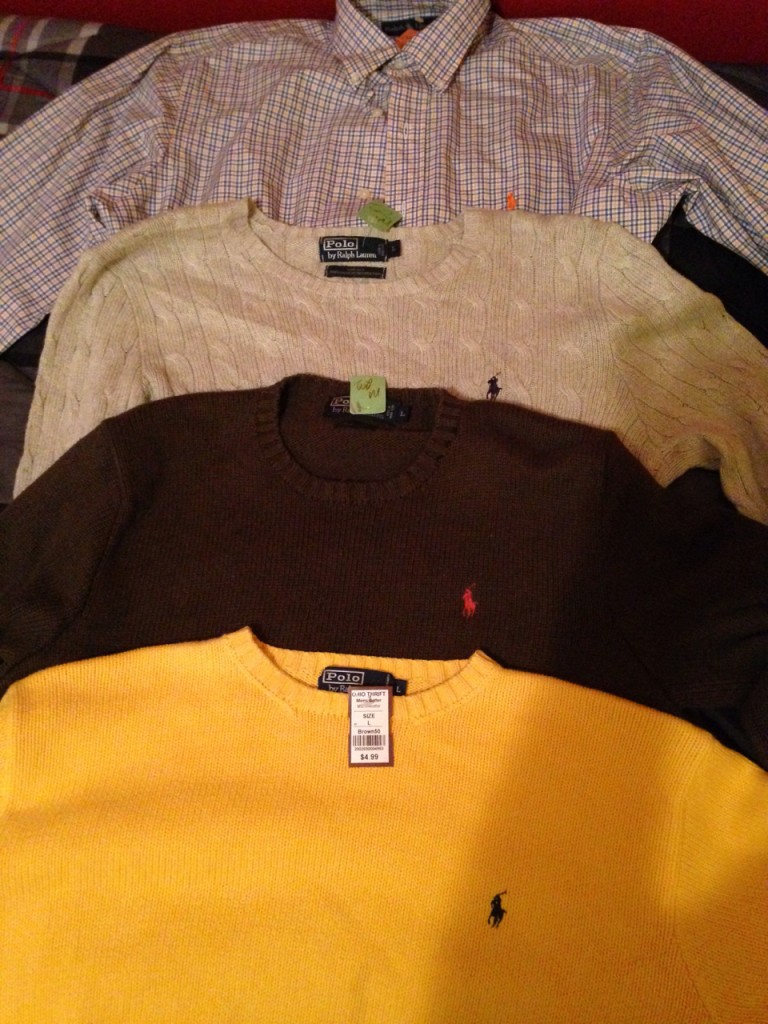 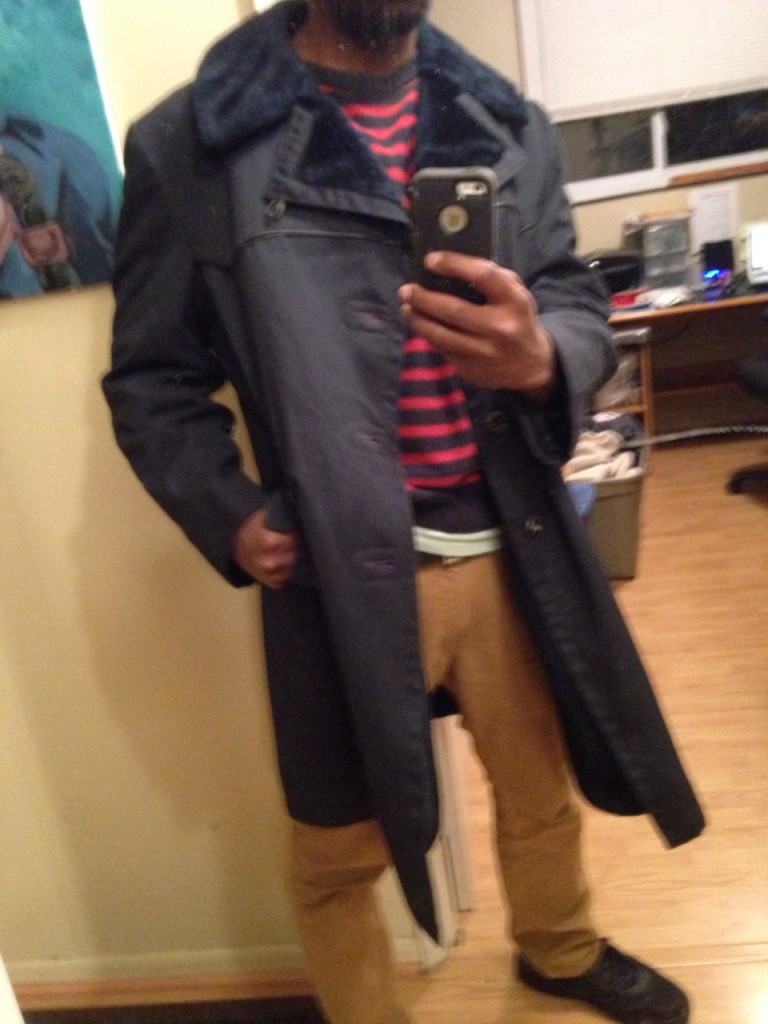 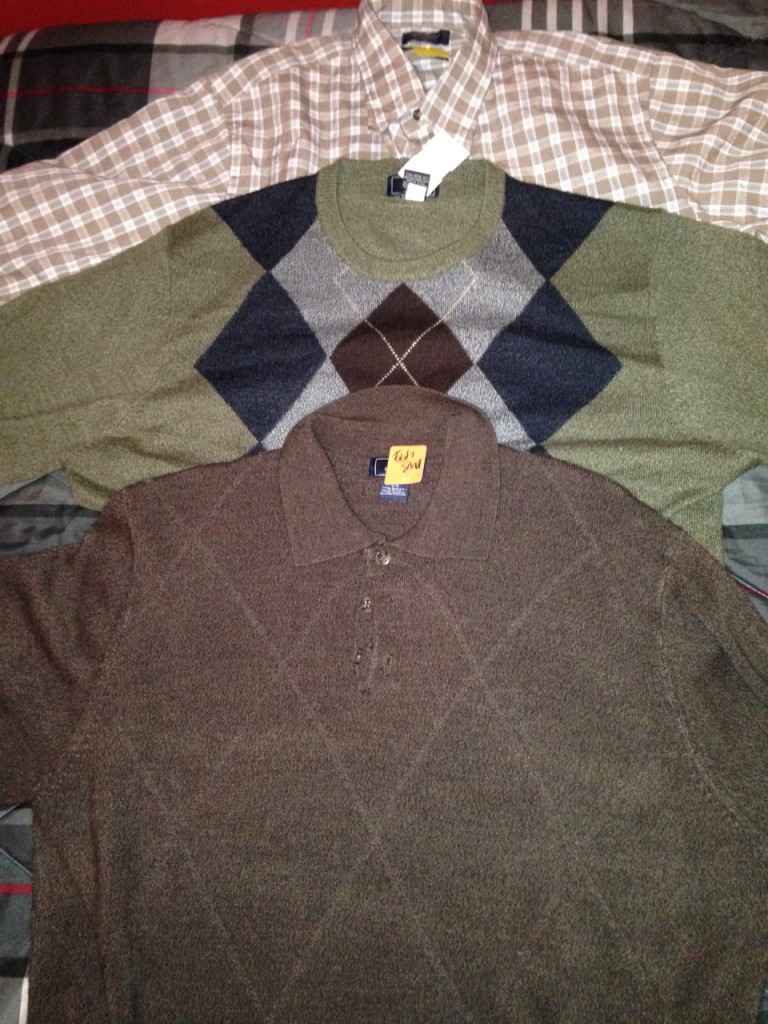 If I remember correctly, it all came up to around $200 or so.  Good day at the thrift store.