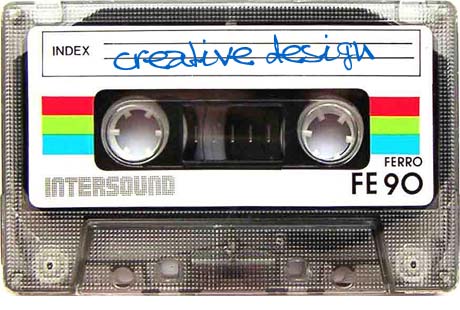 Now, this is a sensitive one. Maybe the most sensitive blog I’ve written yet. Not because the topic in itself is controversial, but because undoubtedly there are some cats out there that read my blog and are artists. There’s a chance that yall do beats, or rhyme, or sing. And maybe some of you I have met before, and maybe at some point one of you has given me a CD to check out.

So let me be completely honest here first–there are a LOT of artists out there that aren’t trying to hear your shit. I look at new rap music like i look at meeting new people at the bar–the more new interesting shit the better, even when it goes bad. In general, I’m a fan of interesting–which has nothing to do with good or bad. It might sound shallow but I’m just being honest here. So I actually try to check out cats CDs, even if it isn’t until the end of the tour…but I do try.

But i digress. Anyways, tonight as i was choppin’ it up with this cat i realized that there are a few things that you should absolutely, positively, never, ever, ever do when you’re giving your CD/demo to somebody. This shit may seem very trivial and obvious to some of y’all, but trust me–there are a LOT of artists out there that don’t know or don’t even think about this shit, so I’m gonna go in because maybe this particular blog will be helpful at some point. So please don’t get mad at Printnificence for this one because he has good intentions, and I probably wouldn’t even be writing this shit had i not heard ALL of these things tonight.

So here we go. Here are the absolute worst things you can do when you’re about to give somebody your demo (and trust me, I’ve heard each and every one of these dozens of times):

1. tell me that “you’re about to change the game”

On one hand I have to admire your confidence to be able to say “look the game is fucked up and i got the answer!”, but on the other hand it’s kind of comical to hear somebody that has never released a record for real, or done a real show, tell me that he’s going to shake up the world. To be honest, it kind of makes you look like an arrogant asshole. Not to say you shouldn’t believe in your shit but come on, a little humbleness never hurt anybody.

2. tell me that “heads ain’t ready for you” or “your too advanced”

This goes hand-in-hand with #1. You say you’re going to change the game, but then in the same breath you say the game is not ready for you and fans are probably not going to understand where you’re coming from because its too deep/advanced for them? Hmmmmm…as soon as you say this to me, I’m thinking “cop out” because usually it’s just a way to rationalize being terrible at what you do. What’s worse is that the entire thing is speculation! You have no idea whether you’re too advanced or not because these people you’re referring to have never even heard your shit! When people say this my brain starts to shut down.

3. Invite me to your car to listen to your shit right now.

Gross violation of protocol and personal space. Now, I’m not saying that I have never been in a car listening to some new music with a friend before i walked into the spot. I’m not above it. I’m even known to cipher with the gods occasionally, particularly if I’m bored. But this is some other shit. Number one, I just met you so the thought of me being in an isolated awkward situation with you isn’t appealing at all. Number two, I haven’t heard your music before. What if it sucks? Do i sit there for 30 minutes and pretend your shit is bangin? Bad scenario all around. Number three, the entire reason i came to the spot was for girls or music; you know, the reason ALL dudes go out. So me going to your car, when shit is poppin inside, while girls are around, when i haven’t heard your shit before, is out-of-the-fucking-question. It goes against all the reasons I went out in the first place. Plus i don’t know you dog. Slow down.

4. Ask me to collab w/ you before I’ve even heard you.

This might be the most ridiculous shit ever. You say “you should check out my shit”, I say “give me a cd to check out“, and you say “I’ll do that, but we should collaborate on some shit“. Then my face says WTF? I’m not even gonna go into how wild this one is cause y’all already know.

5. overly explain what you’re trying to do.

I’m oldschool. I come from the era where you picked up a CD or album, looked at the artwork, paid for it, then went home and listened to it. At no point in that process did I ever have the artist who created the art telling me what it is they’re doing down to the most minute detail. Music is to be heard and felt, and it shouldn’t come with an instruction manual. Either you feel it or you don’t, and no amount of words is gonna make that shit sound good. Just give me the CD and let me listen for myself.

6. Ask somebody to do a show together before they’ve heard you.

This goes with #4. Can’t fuck with you until I’ve heard you. Wow @ you for even asking.

Now, I have a love/hate relationship with this one. On one hand, when a cat just spontaneously busts out into rhyme on the spot, without being asked, there’s a part of me that flashes back to when i would go to battles and open mics and rhyme for the glory. I think its dope that cats are hungry and down to get theirs and I’ll always have a soft spot for that kind of shit. But i gotta keep it all the way real here, there’s another part of me that HATES that shit. Why you ask? Because if I’m chillin’ at the bar, or kickin’ it in a normal situation and you just bust into rhyme it totally fucks up the vibe. Maybe I’m hollerin at a chick, or maybe I’m just about to order a drink, or pass out a flyer, or go take a piss, whatever! Either way, you’re on some shit that is pretty selfish, on some ole hey-look-at-me type shit so i can’t feel you.

The worst part about this one is what happens after you spontaneously bust out into rhyme? Then next thing you know 10 more dudes think its okay to share their unfocused bars, when i didn’t even wanna hear the first one. Nothing good ever comes of this one.

Ahhhhhhhhh…..feels so much better getting that one off my chest.

I know somebody is gonna get mad about this shit, but on some really real shit, y’all know I’m right. Don’t front. Cut that shit out. Just tell a muthafucka you do this shit, give him a CD, and slide off. If you do that, you will be remembered as a class act and I guarantee you’ll be heard. Otherwise it might be a wrap for you.

So take these words home and think em through. Or the next blog i write might be about you!