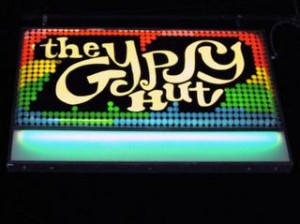 Last night we were supposed to play a show in Cincinnati at the Gypsy Hut. The lineup was myself, illogic, dj rare groove, and mr. dibbs. Needless to say the show didn’t happen, but it wasn’t for the lack of trying. I will rewind a few days and bring everybody up to speed.

Earlier this month i started hearing rumors about the female owner of this club doing shiesty shit with peoples money; changing the bar total numbers to that they wouldn’t have to pay people what they earned from the bar, lying about the total number of people that came thru the door and decreasing the numbers, as well as actually trying to run off with bands money from the door and not pay them.

Now, the obvious question becomes why would a bar like gypsy hut do this to people? Well its not the bartenders or soundmen or staff their, but their owner, who is apparently a coke-head. Cocaine is a powerful drug. It apparently causes you to steal money from your own bar to support your habit instead of paying people properly.

But despite this situation my friends and I had a plan, and felt like despite the bullshit that was going on we should still do our show there. We made sure we had our own people who were going to work the door, and we were going to make sure that none of that funny-business was going to happen.

We were partially right because none of that bullshit happened, but other bullshit happened. We showed up at the venue at 7pm, and as we waited to load-in we found out that the owner had lost their liquor license from not paying the renewal fees, and that she had fired ALL her employees last night.

Our people get in touch with one of the people who booked the last show they had there and he said that he got fired two nights ago because the owner tried to get him to give her the cash from the door instead of paying the bands guarantee and he refused. He paid the band, and she fired him.

So we are in front of the club at 730 with no venue and nowhere to do the show.

We try to find another venue, but nothing is going right. Two of our female friends went to a spot called Blue Moon and the owner told them he wanted to do it and he was down, but he had 3 punk bands that were playing until midnight. When i went back there with the girls again to get the details he said that he didn’t think it could work and got real shiesty all the sudden. He then said if we were willing to do it for no money he would be down because he didn’t wanna confuse things with the bands he already had. He also claimed that punk kids hated hip-hop, and that he had tried to do several cross-genre shows and they failed so ours would as well. He asked us how many people we expected and we said about 200 and he was like “see..I’m not even staffed to handle that”. I looked at him and said “hey man its only money, right?” We gave up and left.

Long story short, nothing came together, which is a shame because there were definitely a good 150 plus people who would’ve came to this show or came, saw the place was locked up and went back home.

Now, I had an interesting thought this morning about it and why it went down this way. I believe that this kind of stuff happens because our generation isn’t stepping the fuck up. I thought about what would happen if this happened in Columbus, and the biggest difference would be that the people we would have been speaking to about moving our event would have been a LOT younger and more in touch, but that wasn’t the case there. It was pretty frustrating and insulting to hear a bunch of old people tell you what your crowd looks like, or how they act, or what DJs are like, or what kind of rap you do, when you know full well their some out-of-touch old fart who’s really just trying to get some pussy and not make money. There’s something really fucked up about a business person who doesn’t even want to make money. They can’t be reasoned with.

But the key thing to notice about this entire thing is that all the decisions that led to this show being fucked up and later on not saved were put in the hands of 50-60 year old people and not us.

So i ask you all, what are we doing to ensure that our generation gets to make decisions that impact us? Why are we sitting on our asses, not owning shit, not running shit, not organizing shit?

Why don’t we have shit of our own?

That’s the question people. I’m sure every town would be a hell of a lot cooler if we had people running things that actually represented us, right?

Are yall seeing the parallels yet? This isn’t just about a music venue either.