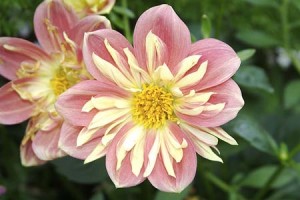 I remember a few years back when I was on tour with Eyedea & Abilities, DJ Abilities and I were having a talk about sampling and hip-hop.  And how the creators of many classic hip-hop songs were masters of sampling, and their knowledge of records was just crazy.

And then Abilities went on to say something to the effect of “hip-hop is the only genre that you can take things that aren’t supposed to fit together because they don’t make sense, and put them together and they make total sense“. And he is totally right about that.  The essence of hip-hop production is to take things out of their normal context and reintroduce them to the listener as hip-hop, all the while making it sound more like hip-hop than whatever genre the source material was from.  Hip-hip is the only genre of music that can successfully take a baseline from a jazz record, a guitar stab from a rock record, and a vocal sample from an opera record and make them all work together.  And that’s why hip-hop can be such a beautiful thing.

On the flip side there are many failed attempts at doing such a thing, and even more attempts at taking something from another genre just to exploit its novelty and not really make it hip-hop, if that makes any sense.  But I’m not writing this to talk about that; I’m writing this because i heard a perfect example of this a few weeks back, and every time i hear the song I have to put it on repeat because it totally nails what I’m talking about.

This song is called “I mean business” and its by a group called Diamond District, out of the DC/Maryland/Virginia area.  A cat named Oddissee produced it.  Take a listen:

LISTEN: Diamond District “I Mean Business” (from their album In The Ruff)

As a producer i think this is about as good as you can do it this style of beats.  My man takes things that are obviously from different sources, puts them together, and nails it; bongos/toms from one place, an ill organ chord progression from another, the loop from Gangstar’s mega hit “mass appeal”, and makes it work in a way that i NEVER in a million years would’ve thought of or predicted.  And to top it off they’ve got lyrics and a hook to match it perfectly.  This song is fresh.

This is the beauty of hip-hop.

p.s. do yourself a favor and download Diamond Districts debut “In The Ruff” asap.  They released it as a free download a few months ago.

edit: just saw this interview today after i posted this. interview with oddisee talking about his production on the diamond district record. enjoy!