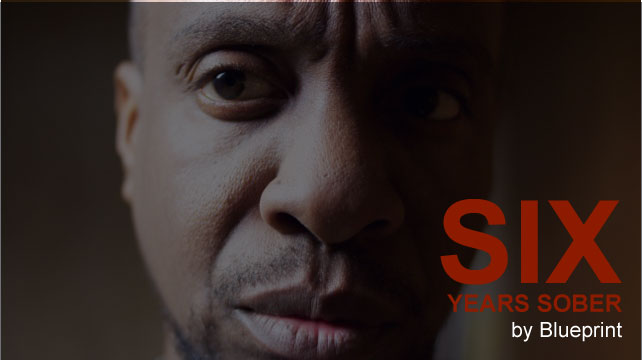 Last year, my fifth year sober, I didn’t get to write my yearly sobriety post on my sober date, May 15th. Oddly enough, it wasn’t deliberate at all–it was because I was extremely busy at the time.  My latest album, King No Crown, had just been released and I was getting ready to head out on the road for a ten-week tour across the United States with Supastition and DJ Rare Groove.  I remember telling myself to sit down and write it the week before, but it ended up being impossible to get enough time (and enough quiet) to sit down and write it.

But alas, May 15th year marks my sixth year sober.  I remember meeting somebody in 2010 who was six years sober and them giving me encouragement for what I was about to do.  At the time I was so in awe that they had made it six years.  Hell, I hadn’t even made it six months yet, so six years seemed almost unimaginable.  Yet, here I am six years later, still sober.

So, how does it feel? Overall, it feels great. In fact, the longer I’m sober, the more I believe that quitting was one of the best decisions I’ve made in my adult life.  While it may be true that sobriety has helped simply many aspects of my life, by no means do I have it all figured out. So this year I would like to dedicate this post to speaking about some themes that I have realized are much more complicated than I initially thought.  Here are a four that are on my mind currently:

Awareness of Time
One of the biggest differences in my life now that I have been sober for six years is my understanding of time.  When I first stopped drinking, I was really alarmed at how much more cognizant of time I was.  Alcohol made time fly by for me, but that came to a halt without it. I immediately became more aware and sensitive about time itself; more aware of just how valuable it is.  What I’ve noticed after six years is that my new understanding and sensitivity about time actually grows every year. So the awareness of time that I have now is even more intense than it was when I first quit drinking.

It translates in specific ways like decreased television watching and increased reading; decreased gossiping and increased self-development.  Decreased partying and increased working on my craft.  When you appreciate how much time you have here on this planet, and how little time that really is, you start to move completely differently.  You start to think long term about things that you never really thought about before because you know for a fact that the future will be here faster than you ever imagined and the last thing you want to do is be unprepared.  That realization makes you really evaluate everything that you do with your time.  Before I didn’t care about time.  I would spend 5-6 hours in a bar four or five nights a week.  Now it’s hard to imagine spending that much time doing anything that doesn’t have a long term benefit.  Now I think to myself, “What would happen if I spent that 30 hours a week I was spending at the bar working on my craft?”  Thus far, it’s made me more successful than I ever could have predicted.  I feel like I am starting to achieve all the things I set out to do five years ago.

I used to feel bored and uninspired a lot; always wondering what to do with my days. Now I find myself constantly wishing there was more time in the day because there’s just never enough of it.

Investment in the Future
One of the main things that used to cause me anxiety was uncertainty about the future. I don’t necessarily think that I was unique in that regard, but the way I handled it was uncommon.  Instead of acknowledging that uncertainty and making moves to fix it, I would deny it and go drinking to escape it.  The biggest difference between now and then is that I handle this by investing in my own future.  This comes in many forms. If I have uncertainty about my career in music, then I invest in my ability to make music. If I have uncertainty about my financial prospects after my career in music, then I speak to my accountant and map out a plan for a more positive outcome.  If I have uncertainty about my health in my later years, then I invest in my future by exercising and eating properly right now.  It seems so simple now, but it took taking alcohol off the table for me to develop the discipline to handle things this way.  It’s ok to be uncertain and have anxiety about the future, but it’s not ok to ignore the future and think that it will mysteriously figure itself out without my participation.  I’ve learned that I have to take a proactive role in doing things today that shape my tomorrow.  If I don’t invest, then all the feelings that used to make me want to drink will start to appear again.

Dating Changes
When I first got sober I felt that it was important to be upfront about my sobriety with any women that I went out with. Five years later I’m not 100% sure if thats always the right choice.  Although most women are relieved to know that I don’t drink (and therefore won’t ever drunk dial or text them ha!), there here some women who get weirded-out by this.  They may start to form opinions about me and make judgements about me just because I don’t drink. They may assume that I am judgmental, a prude, straight-edge, super religious, or just plain old boring–all because I don’t drink. Sometimes they may even assume that I will refuse to go out to a bar with them (or that I somehow hate bars because I don’t drink), when the truth is that I’m a touring artist who’s in bars nightly and never had a problem with anybody else drinking…just himself.

I had a situation about a couple years ago where a girl I really liked kept pressuring me to drink with her.  Over and over, she kept asking me, “You won’t even have just one drink for me? Not even with me?” When I told her I was four year sober, she she told me that her ideal man had to be able to drink wine with her.  I told her that while I thought she was being a little short-sighted she should find a guy who can do that with her because obviously I’m not that guy.  I respected her decision and feelings even though it felt a little extreme to me.

I’m not bringing that story up to pass judgment on her, but more to illustrate that sometimes telling somebody that I am sober might not be the best move at first because they may make assumptions about the kind of person I am. Maybe in the future I will just feel out the situation and simply say “no thanks” when offered a drink, then explain only if pressed about it. The last thing I want to do is make those who drink uncomfortable with their choice. Although I am very comfortable with my life and my decision, I do realize that being sober has the ability to make some people who drink self-conscious, and that’s the last thing I want.

The oddest part of this thing to me was that I never had a problem with dating somebody who still drank, but some of them definitely wouldn’t date anybody sober. I get it though; I’m not sure I would have been able to date somebody sober when I was drinking either.

I wish I had all the answers for this one, but I’m still working on it.  The best solution going forward might be to get to know people first and feel things out. Tell them more if they specifically ask, but don’t feel pressured to tell them everything until you have both established trust with each other.  That way, they don’t fell self-conscious about their thing and you don’t have to feel self-conscious about yours.

Changing Social Circles
One last thing I’ve noticed about being sober for six years is how my social circle has changed.  There are people who I was friends with when I was drinking that, after six years, I start to feel a bit distant from. I hoped to maintain that relationship, but if drinking was the main thing we did together then we have to find other ways to define that friendship without alcohol.  And that takes work on both sides.

On the flip side, there are people who I was only acquaintances with in my drinking days that I have become super tight with. As I started to spend more time on my interests outside the bar, I started to see my social circle shift around those interests.  Its only natural, I guess. The good thing is that meeting new people who share my interests helps ease the anxiety associated with quitting and feeling that none of my friends could relate to what I was going through.  Meeting new people and making new friends was so much more difficult when I first stopped drinking, but it’s gotten easier every year. I had no idea finding a different group of friends who was just as interesting was possible, but I’m glad it is.

Ok…that’s about it for now.  I could probably write another few pages on this topic,  but I’ll wrap this one up for now.  Maybe I’ll write a book about all of this one day

p.s. To everybody that has offered me encouragement on this journey, thank you.  And to anybody who would like to speak to me about this offline, feel free to e-mail me at info@printmatic.net. 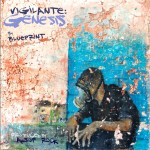