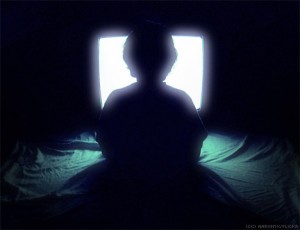 I’ve noticed quite a few changes in myself in the three months that I’ve went without alcohol.  Increased productivity, considerable weight loss, and better eating habits to name a few.  But one additional side-effect I’ve noticed is that I’ve started to watch less and less television as the weeks go by.  At first I assumed it was because I was reading and working out more and just didn’t have time for it, but as the days have passed I’ve started to feel that maybe it’s got more to do with an increased respect for how my own time on earth is spent and my current desire to learn more. I guess it goes without saying that television isn’t the greatest teacher.  Truth be told, I’ve actually started to feel like I might be getting dumber just by watching television–if that’s humanly possible. So as a result, I’ve become more and more disconnected from it as of late.

While i can still watch a good sporting event, documentary, or movie, I’m finding it increasingly difficult to watch almost anything else.  My television has started to routinely go 3-4 days at a time without being turned on.
Earlier this week I had a conversation with somebody and they mentioned that they didn’t even have a television in their house.  Then last night I was speaking to my good friend Brother Ali and he said the same thing.  I knew there were people who did it, but I would be lying if I said I knew any of them personally. It made me wonder whether I could live without television as well.  I still like to watch movies, particularly when I’m working on music, but outside of that it almost feels like I’m starting to go down that path anyways.  I don’t know if I can do it or not, but knowing that there are plenty of people out there doing it is very encouraging.

So I’d like to hear what everybody else feels on this topic.

Also, feel free to hit up the comments section to describe your relationship with television.  I’m really curious about other people’s story.