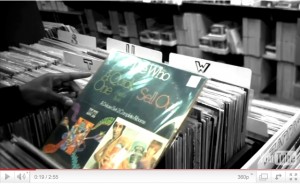 First of all, I want to thank everybody for the positive feedback on the music video for “Dream Big”.  I realized I didn’t really write a lot of notes in the youtube description area; mostly because I’m not sure if people ever read those notes, but also because I was afraid of it being too long, so I went back and did some:

It was directed, shot, and edited Daniel Gillespie of Purple Films.  He is a young director from Cleveland, OH.  I actually met him via myspace a couple years back.  We had plans to shoot a completely different video that was for a song from my full-length album Adventures in Counter-Culture, but it was an outdoor shoot involving a lot of kids, and we ran out of good weather and time.  Also, as my album started to change and the final version was being made, it became clear that the song we had originally planned on shooting a video for probably wasn’t going to make the album. I came up with the story-line for the video and originally wanted to try it when I put out Blueprint vs Funkadelic a couple years prior, but didn’t have the resources or time to do a video.

A couple months later, I described to him the Blueprint Who project and video concept and asked if he would be interested in doing something for it and he was down.  We shot it the following weekend, which happened to be the weekend before we shot the “Cold Out Here” video for Greenhouse. Each video shares a scene from Used Kids Records in them.

The video was shot in Columbus, OH at a lot of familiar places; Magnolia Thunderpussy Records, Lost Weekend Records, and Used Kids Records.  These are all record stores that people in Columbus who collect vinyl will immediately recognize.  All the employees and owners of the store were extremely supportive in letting us shoot in their stores.  I picked all the locations ahead of time and sent him some pics just so he could get a feel for the places before we shot–he hadn’t seen any of them before we started shooting.

The opening long dolly shot is in Used Kids Records.  Its actually Daniel sitting in a chair with wheels and his partner slowly pulling him backwards down the record isle.

It was extremely cold out that day.  No more than 10-20 degrees out, and our hands were freezing.  Everybody was a trooper and we knocked most of it out in about 4 hours.  Daniel did an edit of the initial footage and we decided to add a second day of shooting that would include only the performance footage.

The performance part of the video where I’m rhyming in front of that mural of a woman is shot in the stairwell of Bernies.  There were no power outlets to plug up our lights so we had to buy one of those battery powered lights from Lowes, sit it on the stairwell near where i was shooting and hope it came out ok.

If you look closely you can see a Blueprint vs Funkadelic poster highlighted when Rare Groove is at the register with his records.

The entire video was lit with a couple of those orange contractor work lights, and shot w/ one camera.  I wish I could remember the kind of camera, although its not one of those newer small, ultra powerful, consumer/semi-pro cameras.

Raregroove got that hat specifically for the shoot. He asked me how he should dress and I told him to keep it “grown man”.  The hat is fresh.