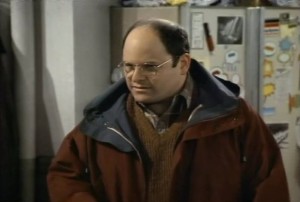 I hate when I’m in an almost empty restaurant and somebody sits at a table that’s not at least two tables away from me.

Even worse is when they sit at a table that’s one table away from me and sit in a direction facing me. It makes me feel like they’re watching me eat, or that every-time I look up I look like I’m watching them eat.

If I go to see a movie at a time when its not busy it bugs me when people sit anywhere near me. I’m a firm believer that if there are less people in the movie than rows in the theater, everybody should have their own row, and one row apart preferably so nobody has to hear anybody Else’s dumb ass comments or have somebody kicking the back of
their chair in an empty ass movie.

The above theory also applies to any form of public transit.

It bothers me when there’s a long ass line and somebody just gives up and doesn’t want to move up when the line moves, leaving 5-10 foot gaps in the line.

The other day I was in kroger at the self check out lane, and the woman in front of me didn’t seem to want to stand in front so it was clear she was in line (she was off to the right kind of leaning against a display rack or something like that).  I tried to move up ever so slightly to hint that she should move up but she didn’t, and then some jackass moved up to the side of me looking like he was prepared to go around both of us because she wasn’t in the right spot.  I kind of give him a don’t-even-think-about-it look, and he falls back a little.  A lane opens up and this chick finally goes for it.  Then as another lane is opening up this elderly woman asks me to show her where to put dollars into the machine, so I look over there to help and dude takes my spot.  I was pissed.  That dude was the illest.

It bugs me when I’m in a spot and there are a lot of women around, and some dudes start talking about guns and real depressing hood shit, like how they’re all fucked up, or how broke they are, or how so-and-so tried to play them out and how they’re not having it.  If i wanted to think about that shit i wouldn’t be in this place to begin with. I try my hardest to rid myself of these types of people at the first opportunity; whether that be slipping off to the bathroom, pretending to see somebody else i know, or ordering a drink from a different area of the bar.

It bugs me when i rent a movie and the person working there has to comment on my movie choices, saying shit like “yeah this is great“, or “interesting“.  Even worse is when they dont say shit and just let out a sigh or a grunt, or make a “humph” sound.  It’s almost like they’re judging you based on the movies you watch, and knowing that pretty much anybody that works at Blockbuster is a movie-snob they’re definitely judging you.  I try to avoid eye contact with these people so maybe they think i’m weird, or angry, or antisocial and shut the hell up about my movie choices.

It bugs me when people call you, don’t leave a message, and then say shit like “ive been tryin to get ahold of you man“, knowing they didn’t leave a message.  Even worse is when they do actually leave a message and say “yo, call me back i gotta talk to you“, yet they never even hint as to what it is they want.  Experience as taught me that these situations should be avoided at all costs.  Right or wrong, I think I learned that from dating.  I’m sure men can attest that it’s never good when your girlfriend leaves you a message and just says “we need to talk“, yet ironically we do the same shit to eachother.  Nah bro, leave a message, you’re making me uncomfortable.

It bugs me when people tell me that i should be unhappy about something that I’m not even trippin about.  Like “yeah man i know you’re probably pretty unhappy about such-and-such!“, but you weren’t even thinking about that shit, and if you were thinking about it it wasn’t bothering you.  This situation has a pretty wide scope; it can go anywhere from “yeah man you heard that blah blah blah album? i know you hate that shit dont you!” all the way up to “so you and ole girl broke up? i know you’re pretty upset about that“.  Actually, I’m not upset because i was trying to break up with her for months. I’m relieved actually but thanks for asking.  I wonder what the stats are on people who assume people are upset when they’re not.  I bet people who always assume somebody else is pissed off are probably pissed off a lot and think everybody else should be pissed off too.