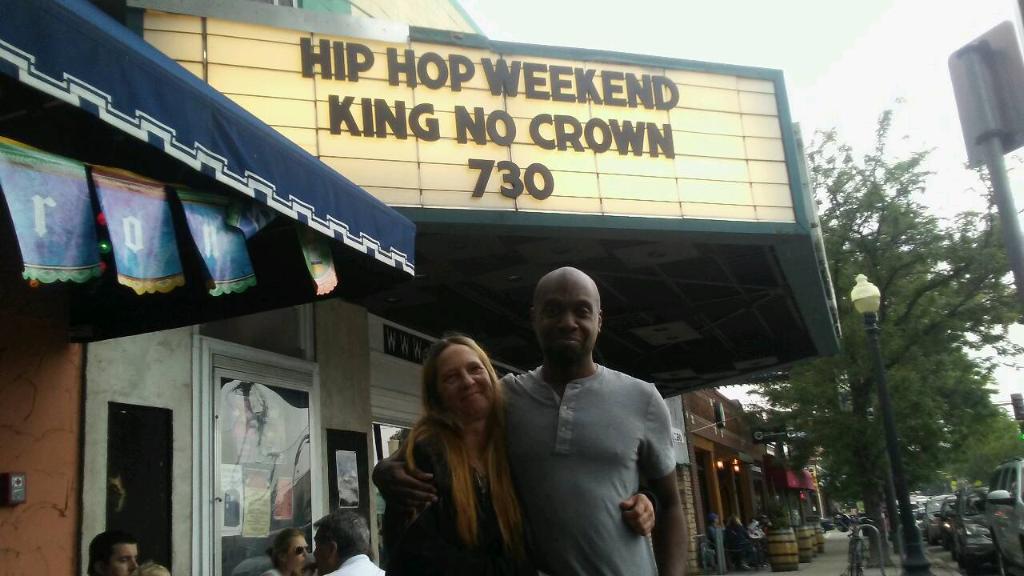 If there were an American city I’ve played in during my music career more than my hometown of Columbus, OH it would have to be Minneapolis, MN. My first time here was when my group Greenhouse Effect and Illogic made the drive out to play at Brother Ali’s Rites of Passage cassette tape release, which was back in the year 2000, if I remember correctly. Since that time, I’ve been here more than I can remember. From playing shows, to starting and ending tours here, to visiting friends and even dating women here–it’s been like a home away from home. So it should come as no surprise that I was very much looking forward to screening my King No Crown movie in Minneapolis and felt it was one of the cities I had to bring it to.

While the King No Crown movie screenings in Fargo and Sioux Falls showed me the potential of what this thing could be, Minneapolis showed me the actuality of it.

There are times when I’ve been on tour where we feel like, even though there are a lot of dope moments, the best nights are the nights when all the factors and variables come together. There are nights when you have a great performance, but the crowd isn’t very receptive; nights when the crowd is great, but your performance sucks; nights when your performance and the crowd are both great, but the sound is terrible. So many variables have to come together to make anything work and doing this screening tour is no exception. The Minneapolis screening was the screening where I felt like all the variables came together. Great room (the Parkway Theater is an older majestic theater with a great staff), great crowd, great sound, etc. all finally in sync. They even had your boy up on the marquee! It really opened my eyes to what this looks like when everything comes together and how fulfilling it can be.

Obviously getting to share my film with so many people was great, but my favorite part if this screening was the Q&A session afterwards. In my previous Q&A sessions the questions have been largely about the movie or filmmaking, but this one centered more about artistry and productivity, two topics I’m pretty passionate about. We spoke about writer’s block, organization, making projects that don’t sound the same, and everything in between. It was great. Looking back now, it would have been a great thing to live stream or record so more people could see it but there’s so much going on that it’s hard to remember sometimes.

Huge thank you to everybody that made it out. From my fans, to some movie-goers who were new to my art, to Eyedea’s mother Kathy, to my friends Mankwe, Brother Ali and his son Faheem. Shout out to Brandon Crowson for taking a chance on my movie and setting up the screening. I appreciate the chance you took on it and your hard work to promote it.

For those of you who missed it, you missed a really special night, but I hope to see you next time.

p.s. the screenings will pick up again next month in Dayton, Pittsburgh, Buffalo, Philly, and Detroit. Preorder your copy HERE. All preorders come with a bag of microwave popcorn!