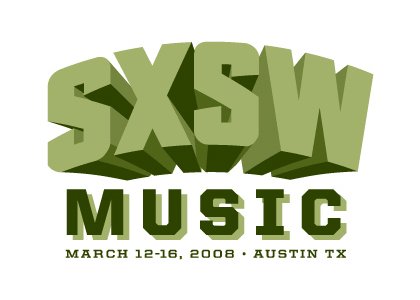 i was in limbo, and was like nah brah, i’mma chill at the crib. what i look like the guy who’s last record is 4 years old and whose new record doesnt have a release date, hoppin on stage feeling optimistic about shit like he unsigned hype from when the source meant something, feel me?

but i do have fond memories of it. first time i ever went was the 2nd or 3rd soul position show ever. we opened up for mr. len. remember when mr len and big jess had props from company flow? now none of yall fuck with them dudes. well me and rj’s first time at sxsw we played a showcase with them in front of maybe 50 people max…this was long before i really knew how to rock a fucking show. i was a youngin. me and lif were walking around downtown austin with Prefuse 73. I didnt know who he was at the time or what he would turn into…nobody did, safe to say. Me and RJ didn’t even have a room, so we slept on Mr. Lif’s floor. He had a room and looked out. Real rap. Never say print didn’t pay dues or was always on some “i made it” type shit. i dont even understand the concept of made it because the struggle stay kickin my ass every year or two.

but yeah, sxsw is a cool conference. but now, there’s WAY TOO MUCH RAP. no novelty. i would be one of 200 people spittin bars at you this weekend.

but i dont wanna sound negative, because AUSTIN TEXAS is the shit.

6th STREET is the shit.

TEXAS WOMEN are the shit. jonny baker feels me on this.

So i dont want this to come off like I’m too good for south by southwest because i’m not. i’m at the crib drinkin pbr wil dudes are out there goin for the gusto. I just need to get my shit together, so that when i do get on my grizzly and go for the gusto it means more and resonates more. i figure if i’m excited then maybe everybody else will be…who knows. its only life. dont take yourself so seriously.

I dont know where i was going with this other than to say that i miss my rse dudes; young max (abilities), mikey (eyedea), sean (he posts here so he dont count but miss him too), ali, ab rude (shhhhhh), bk one, toki wright, etc. comraderie is hella important. stay motivated. dont surround yourself with people who aint about the fuckin art. if they aint about the art then fuck them. dudes be about bitches, props, free drinks, and stupid ass shit like that more than the art nowadays. but if you’re about the art, the craft, then all that shit will come your way anyways, feel me?

so i’m on vacation now. really its a “staycation” as they say because i aint went nowhere. i’m chillin but i’m not. i’m not doing shit but i really am. i’m on it mi amigo. dont front on su hermano.

(This shit aint even slightly blog worthy but i might just post it over there too when i wake up and read this shit i’m about to forget about. Until then, never forget that Printnificence is a mutha fuckin boss, whether the tide is for or against him)