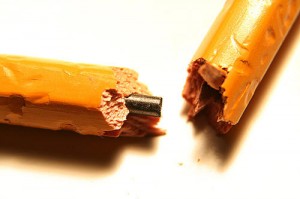 For those who write, writer’s block is the antithesis of expression.  As unseen as the common cold and as paralyzing to our creativity as any sickness that attacks our bodies. Those unfortunate enough to catch it are forced to carry on their lives voiceless in a world that barely gave them a voice to begin with.

As writers, we tend to beat ourselves up over it.  The longer it lasts the more we start to question everything that made us unique, how we got this far, and if we’re really cut out for this field of work.  We worry that maybe we just ran out of “stuff” to write about.  Maybe our lives are just boring and we have nothing to offer.  But following that line of thinking only leads to the most obvious solution, which is to go do something interesting so we’ll have interesting things to write about.  This sounds good on the surface but don’t be fooled.

I’ve been reflecting on the past few years of my artistic career lately – but not in terms of significance – in terms of productivity (i.e. how much music I’ve done).  I remember many bouts of writer’s block, lasting anywhere from one month to a year, and I remember trying to jump-start my writing by doing a bunch of different stuff.  I would always change a couple things in my life, like where I was hanging out and who I was hanging out with, figuring that if I did something new and had some new experiences I would have interesting stuff to write about and the writing would flow.  So I did more stuff, and waited, and then did more stuff, and waited some more…but nothing came out.  I was just as blocked as I was before, except now I was tired from adding all those extra activities to my life.  At the time, I thought I was fixing my writers’ block, but looking back now I can see that I wasn’t fixing it, I was actually making it worse.

We need time to reflect.

Life is intense, so it’s natural to get caught up in the details.  Many times we’re so busy living life that we haven’t taken the necessary time to process what we’ve been through.  It’s not easy, but it’s necessary.

It’s no different than soldiers suffering from Post Traumatic Stress Disorder (PTSD) after they return from combat.  When they were living in the middle of the war zone their only thought was survival, not reflection.  But once taken out of that environment they were finally given the time and space to reflect on the experience, and what they saw was horrifying and deeply traumatic.  Living is the easy part; putting what you have lived into perspective is not.

This explains why writer’s block affected me for such long periods of time.  Instead of giving myself time to reflect, I kept adding onto the experiences, and giving myself more and more to process.  The more stuff I did, the less artistic output I had.

The cure for writer’s block is to do less, not more.  Give yourself the time to process what you’ve already been through so you can express the lessons you’ve learned and the perspective you’ve gained.