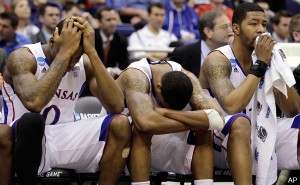 About six weeks ago, I was contacted about teaching two workshops on writing to a group of High School kids. The person who contacted me had originally reached out to me a couple years ago, but for whatever reason we weren’t able to make it happen.  It looked more likely this time around since my schedule was clear; I had been at home writing my book for several months straight and had no plans to be on the road for a while.

After giving it some careful thought, I confirmed the date and started to prepare.  Admittedly, I was nervous about teaching, but since I had more time to prepare I felt confident I could put something together that the students and I would be happy with.

I got really excited while preparing the material and decided to talk to some friends about this great opportunity to teach some high school students on “the last Saturday in April.”  I’ve always wanted to share the things I know and inspire others, so this would finally be a chance to do both.  I was on vacation two weeks before my scheduled appearance and brought along some books on lesson planning to assist in writing up my agenda for the two workshops I would be facilitating (spoken word and recitation).  A week before the workshop I had completely written out my entire presentation for both workshops and was very comfortable with what I had.  I began the process of memorizing and practicing it for at least two to three hours every day.

On the Thursday before I was scheduled to appear, I exchanged a few emails with the teacher who coordinated the event to iron out some final details and answer some last-minute questions.  Then I ran through my entire presentation three times with hardly any errors.  I felt extremely confident.  I went to bed around 4am thinking “If I’ve got it this solid with all day Friday to prepare, I’m going to nail it Saturday.”  I planned on waking up around 10:30 to practice again, and then scheduling two more rehearsals: one in the afternoon and one at night.

On Friday morning, I received a phone call around 10:30 am from the teacher asking where I was at and if I was going to be late.  I was confused and disoriented because I had just woken up.  Then, to my horror, I realized the workshops I had been telling myself for the past month were happening on the last Saturday of April, were actually happening the last Friday of April.  They were happening at that moment and I wasn’t there because I wrote down the wrong date.

I had totally blew it.

Now, this wouldn’t be the end of the world if the workshops were taking place right across town.  If they were, I could have hustled over there in 30 minutes.  Unfortunately, these workshops were taking place in Toledo, Ohio which is about two and a half hours from Columbus.  This is when the weight of my error really hit me.  I felt sick to my stomach.  I told them I would head out the door in the next ten minutes.

I took the fastest shower known to man, got dressed, packed my notes, and left the house in about ten minutes.  I knew I had let down the teacher and those students who had been bussed in from area charter schools and it was extremely upsetting.  I pushed as hard as I could and got there in about two hours.

The students had just started giving their presentations when I got there.  This is when it really hit me just how much I had dropped the ball because I was supposed to help them prepare for their presentations.  There were about 80 total kids presenting and competing in different categories: persuasive presentation, original spoken word, and recitation.

I hadn’t been around that many high school kids since graduating, but hearing their presentations was one of the most inspiring things I have ever seen.  Some of those kids were truly amazing.  They were so positive and supportive of eachother.  During the moments where one of them would struggle at remembering their words, the entire crowd would rally behind them in support, telling them it was ok, while cheering them on.  There were about five or six kids that were talking about things so personal that it would almost bring tears to my eyes.  It reminded me of how jaded and guarded we become as we get older, and how important it is to keep our inner-child alive.

I was able to judge their competition, but I could only present about 5-10 minutes of the talk that I had prepared all month for, and had to do it right before they announced the finalists of the competition because everything was running behind schedule and the students had already been there all day.  I felt so embarrassed for ruining this great opportunity to reach so many bright kids.  I gave away a few copies of my book away to the finalists but it seemed like no consolation for what I was supposed to have done.

To make matters worse, the teacher who brought me in insisted on paying me for making it out there.  So not only do I have the guilt of being late, I’ve also got this check that I feel too guilty to cash that’s haunting me.

Needless to say, I did a lot of soul-searching during that 3 hour drive home.

How did I let this happen?

How do I make sure this never happens again?

How can I improve my organizational skills?

But the most important question that I asked myself was, “How do you respond to this failure?”

See, the technical parts of failure are easy to identify and fix, but the emotional part of failure is probably the most important to address.  If you don’t address the emotional part, you will have a hard time bouncing back.  How we respond to failure determines whether that failure brings us down even more, or whether we will use it as an opportunity for growth.

I knew this one was going to be tough for me.  I had already beat myself up over it quite a bit and I hadn’t even got home yet.

I decided that my first response to this failure would be to try to make up for it.  There was a teacher there from Columbus that mentioned she would like to get me in to speak to her kids and I would like to do it no questions asked.  I have to follow-up and make it right.  Otherwise, this situation will haunt me and emotionally drag me down.

Second, I have decided that instead of looking at this as a one-time opportunity to speak and teach, that I should continue working on the material I had prepared and make it something that I can offer at any time.  That way I won’t feel like my work was in vein and there will be no anxiety if I’m ever offered another chance to present.

The third thing I have decided to do in response to this failure is to make teaching kids more of a priority.  This was not the first time I have done workshops or taught, but this was the biggest one.  I have been offered many opportunities in the past, but have had to pass because I have either been on the road or didn’t have enough time to prepare.  No more of that.  I need to empty my head of all this information and knowledge in a way that allows me to always be prepared.  From beat-making, to DJing, to creative writing, to performances–I have learned a lot and have a lot of things in my head. I need to make a conscious effort to write these things down and get them out of my head because they can help others.

I’ve realized that if I don’t take action on these things, this failure will haunt me, and I might feel so discouraged that I may never try to teach kids again.  I’m determined to not let that happen.

Everybody experiences failure.  It is how we respond to it that determines our strength of character.

p.s. please feel free to share your experiences of failure and how you bounced back in the comments section.