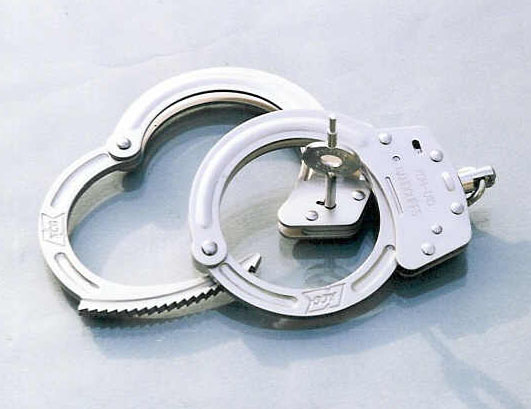 I remember the first time i heard the term “handcuffin”. It was definitely a west coast rap record. I can’t remember who it was but they were talkin about cats “handcuffin hoes” (i.e. trying to stop girls from talking to other dudes by any means necessary). I used to think that shit was restricted to insecure hip-hop dudes, but trust me that shit is universal.

Black, white, asian, latin–all these dudes be handcuffin’ their bitches, and ain’t shit you can say about it. They do all do it differently though.

Here’s why i feel that way. So tonight I’m at this metal show. Don’t ask why i was there. I didnt know what it was until i walked in there. Not that i dont dig some metal but I went there for the $1 grilled cheese sandwiches and beer, but when i walked in it was on some other shit. I’m not trippin. My dude introduces me to this chick (goth looking white chick w/ black hair of course), who was kind of socially weird and not interested (of course). I don’t think this chick smiled the entire time she was talkin to us. Everything about her said “leave me the fuck alone” so i did. I’m like cool, go back to my grilled-cheese, red beans & rice. Metal bands keep playin, they go smoke some weed, then I see her down at the other end of the bar 10-minutes later talking to some other cat, but this time she was different–smiling and giggling and actually looking like she had some personality, God forbid.

So here’s when it gets strange. I’m talking to another chick and i see this very same girl who was cold earlier say to me “HELP ME! GET ME OUTTA HERE” while the dude she’s talking to is hollerin at her. She said this shit when his back was turned and he couldn’t see her. I think to myself, fuck it i dont give a shit, then motion to her to come here and get the chick i’m with to do the same so it looks cool. She comes down there and says thanks. Me and her start talking, but every 5 minutes dude from the other side of the bar walks down and walks up behind her like I’m violating his territory…handcuffin. Old boy was clearly not trying to let me live. I laugh about the whole shit shit and so does she. We ignore him but this goes on for another 30 minutes to an hour.

Then it occurs to me, why is this cat handcuffin this broad? Granted when I’m drunk I’m known to be on some funny shit when it comes to chicks, but if a chick a) walks away from me, b) sits down next to another dude, and c) buys a drink with that other dude I would be inclined to believe that it was a wrap for me and her. But what does dude do? He continues handcuffin! Real strong. Dude was on a steak out like he was po-po or somethin. It got to the point where he was making other DUDES uncomfortable with his actions and they were askin me “who is this wierd ass dude standing over my shoulder making me uncomfortable?” I’m like “I dont know that cat, he’s just here handcuffin this chick because he don’t want me to talk to her.“

So my conclusion is this: handcuffin girls is not some hip-hop shit at all. We ain’t the only suckas out there. There are sucka ass suckas in every race and economic background. We gotta be fair with that shit. They some haters, but lets be real here, haters never prosper like that. But the most important thing to recognize here is that handcuffin girls is universal. Young people get they handcuff on. Old muthafuckas be handcuffin they old ass companions from other old ass dudes in the nursing home, you know? They don’t wanna see nobody shine! Every culture and creed got some player-hater in em. Shit’s natural i guess. I’m not sayin it’s right, I’m just saying its natural.

Hell, I might even believe that other cultures handcuff worse because they don’t even have a term like “handcuffin” to make them feel guilty about shit.

Ok…time to pass out. Word is blog.