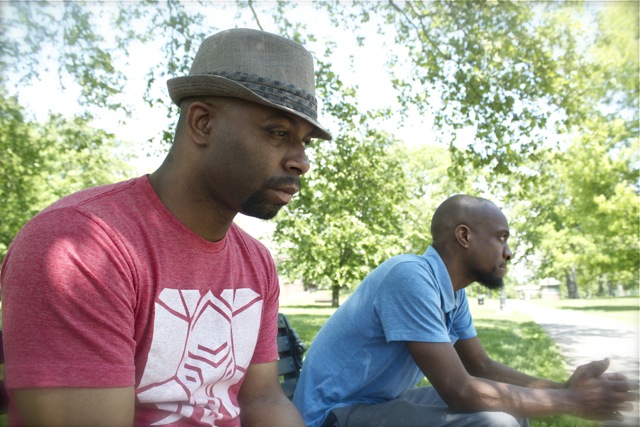 Although my podcast, Super Duty Tough Work, technically debuted in 2015, this year was our first full year of doing it every week. Since it’s a brand new year, I wanted tot take a second to look back and share five lessons I’ve learned from the experience:

LESSON ONE – GETTING STARTING IS THE HARDEST PART

I was a fan of podcasts for many years. As a listener, I understood the power of podcasting, but as a creator I had my doubts.  Oddly enough, many of my friends and fans saw my potential as a podcaster long before I did; routinely telling me that I should start a podcast. I would always reply that I wasn’t sure if I had anything worth talking about.  Looking back now, I realize that feeling was just my inner-fear manifesting itself as outward self-doubt.  It’s ok to be concerned about creating a quality product, but my fear was only giving me an excuse to not try something that I really wanted to do.

I realized that, as with almost anything, getting started is always the hardest part.  My solution to reduce the fear of failing was to record demos or “practice episodes” as I called them. Once I had removed the pressure of creating something perfect from the beginning, I was able to relax and get into the process more.  The practice and repetition helped build my confidence and at no point did I feel pressure to release anything that wasn’t up to my standards. From that point forward we had a momentum that made creating it so much easier.

While it’s perfectly fine to plan things out in our heads, confidence is built through doing; from putting what we have learned into action.  The sooner we get started, the sooner we will gain the confidence we need to be successful. We just have to take the first step.

One of the main things people fear about podcasting–and what I believe is a big reason many podcasts either die early or don’t start at all–is the process.  From the scheduling, to the gear, to the recording, to the editing, there are many ways the process can go wrong and take the fun out of doing it.

What I learned early on was that the more streamlined my process was, the easier it was to create our podcast every week. As long as it was easy I was more likely to do it.  From the beginning, I focused on choosing easy to use gear that I already understood. I also chose a show format that was easy to create and duplicate every week. Every element of creating Super Duty Tough Work has been streamlined and simplified to be as easy as possible. That simplified process has allowed us to focus on more important things like having fun and creating good show.  It also makes it easier to make small changes anytime we want to add something new to the show.

I can’t stress this enough.  Being talented is important. Having good content is important as well.  But none of those things matter if you’re inconsistent at what you do.  We’re not perfect, but we try our best to drop our podcast every week on the same day and at the same time.  There are times when we have to reschedule or skip a week but we have seen the most success when we are consistent with it.  Even if we end up doing something that may not be our absolute best work, we still show up every week and put our best foot forward.  And from what I’ve seen, people value that consistency.

There will be times when you don’t feel like doing it; times when you have a perfectly good reason for not doing it. That’s perfectly understandable. But don’t think you can build anything significant without being consistent with the work you are putting in.  Great things happen when you just show up.  There are so many people who fail simply because they don’t show up consistently. You will automatically be ahead of them just by being on your post.

One of the first things some people ask me about podcasting is, “how do you get paid?” and “who pays you to do it?”  Some people are curious fans who wonder if there’s any money in it at all and others are prospective podcasters who believe the path to making money has to be crystal clear for them to justify starting it. One of the biggest differences between podcasting and other forms of media is that the path to making money is not always clear. There are paths and models, but if you don’t have an established following and a consistent podcast you won’t be able to take advantage of any of them.

Now, I’m not saying anything is wrong with considering how a podcast can make money–I just don’t believe compensation should be the determining factor in whether or not you do it.  Since I find podcasting to be very fulfilling and fun to do, I would probably do it regardless of whether I found a way to monetize it or not.  However, that doesn’t mean it shouldn’t be a consideration.  It just shouldn’t be the primary consideration. I tell people their primary focus should be on creating a quality product that others find value in–whether that be educational or entertainment. That’s hard enough. If you’re able to create something people really like, you will build a following. Once you have a following, you have options for monetization, whether that be through advertising or selling your own products & services.  The key is to make sure you aren’t letting the money part get in the way of your creativity.  At the beginning, you should be focused primarily on creating something good–not making money.  If what you do is good, the money will come.

LESSON FIVE – IMPROVE AS YOU GO

As a producer, I will admit that I can sometimes get obsessed with the technical aspects of podcasting.  In many ways, the editing process is like editing a song or an album to me, and that gets me caught up in the idea of perfection. But recording, editing, and releasing a podcast almost every week for the last year has helped me let go of a lot of that pressure.  It’s reasonable to strive for excellence, but nothing positive comes out of being obsessed with perfection.  All you end up with is more disappointment than joy. We don’t have to be perfect, say the perfect things, or have perfect sound quality.  All we have to do is start with a solid foundation, do our best, and work to improve every week.  Even if we improve just 1-2% every week, our sound quality and execution will be significantly better than it was the previous year.

Every week I ask myself, “how can I make this better?” or “is there any way I can improve on this idea?” Sometimes ideas for improvement immediately pop into my head and sometimes they don’t. The most important thing is to ask the questions.  Put yourself in the position to improve your product.  Don’t beat yourself up over not being perfect or not sounding like something you may admire–work to improve your work little by little and you will eventually become the best version of yourself.  And that’s all you could ever be anyway.

I hope this has been helpful.  Let me know what you think in the comments below.

p.s. To all those who have supported Super Duty Tough Work this year, thank you. If you haven’t listened or followed us yet, please check us out on Soundcloud, iTunes, or Stitcher.