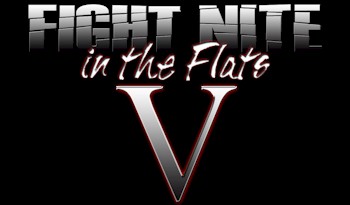 About a month ago, me and my buddy Nate were at the bar doing our usual; him drinking shots, me drinking pitchers of beer.  It was one of those nights where you hit up 2-3 different bars over the course of 4-5 hours, so i’m pretty confident we were drunk.  The tv in the bar was turned on Spike, and then some MMA fights came on.  While nate & I do go catch the UFC fights every month or two, the fights that were aired were from a smaller promotion, a fact that was obvious by their lack of UFC-level polish.  But aside from the deficiencies in production quality, the fights were amazing.  Pretty much every fight ended with somebody getting knocked-out or submitted, and I don’t think any of these fights went the distance.  I remember more oh shit moments in that brief hour-long contest than at any other UFC fight we’ve watched.   At the end of the broadcast they flash the organizations name, the NAAFS (North American Allied Fight Series) and an advertisement for their next show, which was going to be in Cleveland, about two and a half hrs north of Columbus.  We close our tabs and head home for the night.

Couple days later, i get a text from Nate that says that he woke up, got online, and immediately bought us VIP tickets to see their next show in Cleveland.  It’s on!

Now, let me first say that I’m very well aware of the stereotypes of the demographic that watches MMA (mixed-martial arts); 18-30 years old, white male, buffed meathead, rockin affliction t-shirts–but over the last year or two since i haven’t been touring as much and watching as much tv, I’ve grown to become fascinated with MMA.  At first i was saying all the typical stuff everybody says like “it’s too violent“, “it’s just dudes laying on top of dudes“, and “wrestling is boring” until i saw a couple of amazing fights (and fighters) that changed my view.   So i began viewing as many old fights as i could and educating myself on it.  I say that to say that while Nate buying us VIP tickets to this regional promotions event was pretty out of the blue, our interest in MMA is not.  We’re really into it and love to see a good scrap.   So spending a Saturday watching people fight, as opposed to sitting at home seemed like a pretty good way to spend the weekend.

And to be completely honest, i’m glad he bought those tickets because the entire experience was amazing.

There was so much to take in that I’m going to attempt to summarize and then hit y’all with a video after the jump, but here’s the highlights:

– Doug “Ants in my Pants” Sparks – This dude may have been my favorite person all night.  First, lets start with his moniker.  We heard nicknames that ranged from “the predator”, to “the contract killer’, to “the assassin” all night long.   Then my man comes in there with “ants in my pants”?  Come on son, you know that’s hilarious.  Second, all night long fighters were entering the cage with their whole fighting school and entourage behind them, pumping them up.  Many times these people behind them were fighting that night as well, so you would have one big dude being following by like 20 other big dudes.  But what does my man Doug Sparks do?  He walks to the ring with a man that looked like his grandfather–and that was it.  His opponent, Big John Hawk, was from the area, was the undefeated champion, and was the only fighter that night to have his own theme song play before he hit the cage.  Everything about Big John Hawk was intimidating and scary, whereas “Ants in the Pants” was the complete opposite; he was smiling, waving, and looking very calm almost totally unaware that he was fighting the undefeated champion in their backyard and was a huge underdog.  He almost has a Will Farell thing going on.  Well long story short, Ants in the Pants pulled the upset and the crowd was in shock–except me because i picked him to win it!  The announcer lets Doug “Ants in the pants” Sparks give his thank you’s and this is where we heard what would be the quote of the night:

He dropped it and the of the crowd who didnt even catch this reference to the classic 1980s dominoes pizza add campaign featuring The Noid and the slogan “avoid the noid” where silent and confused.  Those of us who did catch it were cracking up.  It was amazing.

– A marriage proposal – This came out of nowhere in between two fights.  While i can’t say i would propose to a girl inside a cage at an MMA event, I had to give dude props because there were a couple thousand people there and he didn’t show any fear.  The crowd got pretty amped after this.

In summary, Fight Night in the Flats 6 was one of the best nights I can remember, and far more entertaining than going to BW3s and watching the UFC on pay-per-view every couple months.  The fighters fought like their lives depended on it, the event was well put together and professional, the matchups were all great.  If you’re a fan of MMA I and live in the Ohio area I would strongly suggest checking out any events the NAAFS puts on.  I know I will.

Here’s some video for yall to check out: