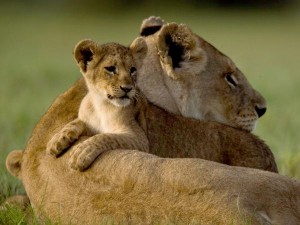 A couple of weeks ago, I was speaking with a good friend about his son, who was having a hard time in middle school.  Apparently his son had started to lose focus in class and school in general. He was also completing less homework and getting into trouble more frequently.  For my friend, his son’s behavior seemed to appear almost out of thin air.

We talked about how important it was that kids nowadays understand the necessity of education, especially in an economy like this where jobs are becoming increasingly difficult to find, even for those with skills and degrees.  Growing up, my friend and I both had our troubles in school. From cutting class, to fighting, to being suspended – we had done it all in our day and were far from model students.  I was a smart kid, but thought it was cooler to only do just enough to graduate high school and get into college.  In the meantime, I was constantly in and out of the principle’s office for discipline problems.  My friend, on the other hand, was usually in a lot more trouble than I was.  So much so that he had to transfer schools and couldn’t graduate with the rest of his class.

If there’s one thing we learn from getting in trouble a lot as children – it’s what not to do as adults. Not only as it applies to ourselves, but also in the realm of parenthood.  We tell ourselves that our kids will do better because they will be armed with the knowledge of everything we went through, and that knowledge will ensure they don’t make the same mistakes. Unfortunately, it’s this belief that makes it extremely discomforting when parents, who were troubled-children themselves, see their children following the same path.

As my friend and I talked about this situation, I thought about my niece Savannah who seems to be the complete opposite of his son.  To be completely honest, my niece is a self-proclaimed nerd.  She’s about as smart and witty as a fourteen-year old kid can get – just not cool.  Fortunately, she knows this and embraces it.  Not only has she already decided that she’s going to college, she’s also decided what she wants to study in college – computer science, like her uncle!

Everything that she has achieved academically has been the result of her love for reading, which has always been at least two to three grade levels above her classmates.  Her mother, my sister, was also an avid reader and passed this influence down to her very early on.  She grew up as one of those kids that couldn’t wait until the next Harry Potter or Twilight book was released, usually reading them in less than a week.  But reading wasn’t just an individual activity for her; as she got older, she and her mother routinely shared books and read together. It became a shared passion and family activity.

Then an idea hit me.

Maybe the problem isn’t that the kids aren’t listening to what we’re telling them, the problem is that the children are doing what we’re doing.  In other words, what we do has much more of an impact on children than what we say.  Telling children to go to school, make education a priority, and stay out of trouble sounds good, but I’m not sure if it’s the best way to ensure they follow that path.

We have to be the change we would like to see.

My niece’s love for reading (and thus academia), was a direct result of watching her mother read, and growing up in an environment that embraced that behavior. She was never forced or pressured to read. She saw her parent exhibiting a behavior and adopted it.  Fortunately, it was a positive behavior that continues to  serve her well in academia and life.

My love for art and music didn’t come from it being pushed on me, but from watching my mother’s heavy involvement in arts and crafts.  She told me a lot of things about integrity, honesty, and achievement, but nothing impacted me more than what I saw her do.  While what she said was important, it was what she did that inspired me the most.  I work hard because I saw my pops work hard, and I’m creative because I saw my mother be creative.  I loved art because I was surrounded by it.  I had the courage to become an entrepreneur because both of my parents dabbled in it for certain periods of their lives.  There were many times when my mother was able to provide for our family strictly through her art. That had a deep impact on me, even though I had no idea I would follow in her footsteps.

This realization makes me wonder if maybe we don’t give children enough credit.  We like to tell them to “do as I say, not as I do,” yet we are shocked when they do as we do, but not as we say.  We often ask why children bully eachother, but never ask where they might be seeing that behavior on display.  It appears to me that children are able to discern talk from action, consistency from inconsistency, and integrity from hypocrisy much earlier than we adults think they can.

So as this hit me, I told my friend that maybe the answer to his child’s lack of enthusiasm for school wasn’t to punish him or reprimand him anymore than he already had – maybe the answer was to embrace learning more himself.  If the child lives in a household where his parents are students and prioritize learning themselves, then the child will be more likely to embrace it.  Coming home from school and seeing their parents reading a book on the couch will have a completely different effect than seeing them watching Sportcenter on the couch.

Understanding that the children will prioritize whatever behaviors their parents prioritize, the parents must be the change they would like to see.

I realize that it’s a lot easier to tell someone what to do than it is to live as an example of what to do, but I truly believe that example is better than talk in all areas of life.