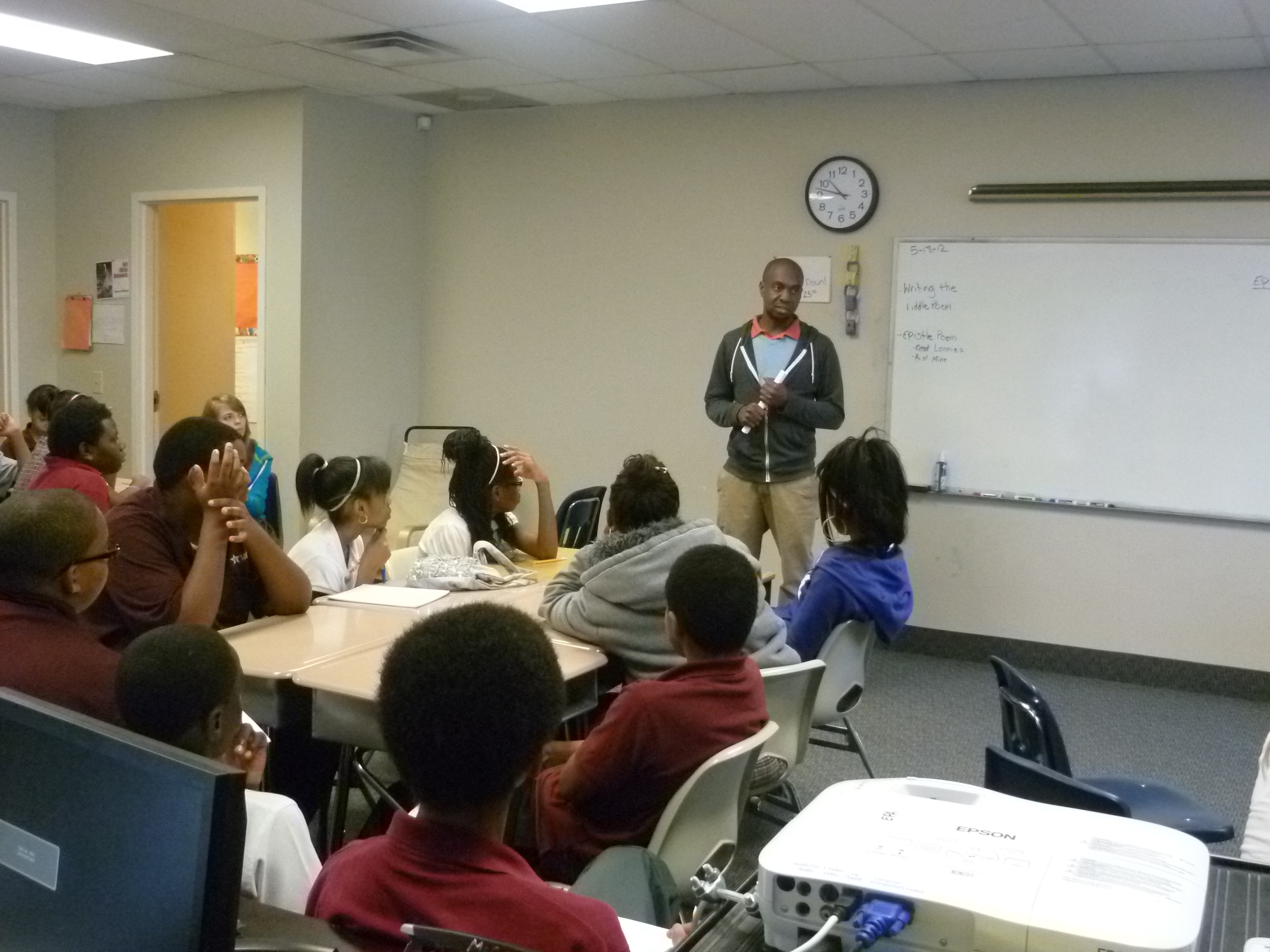 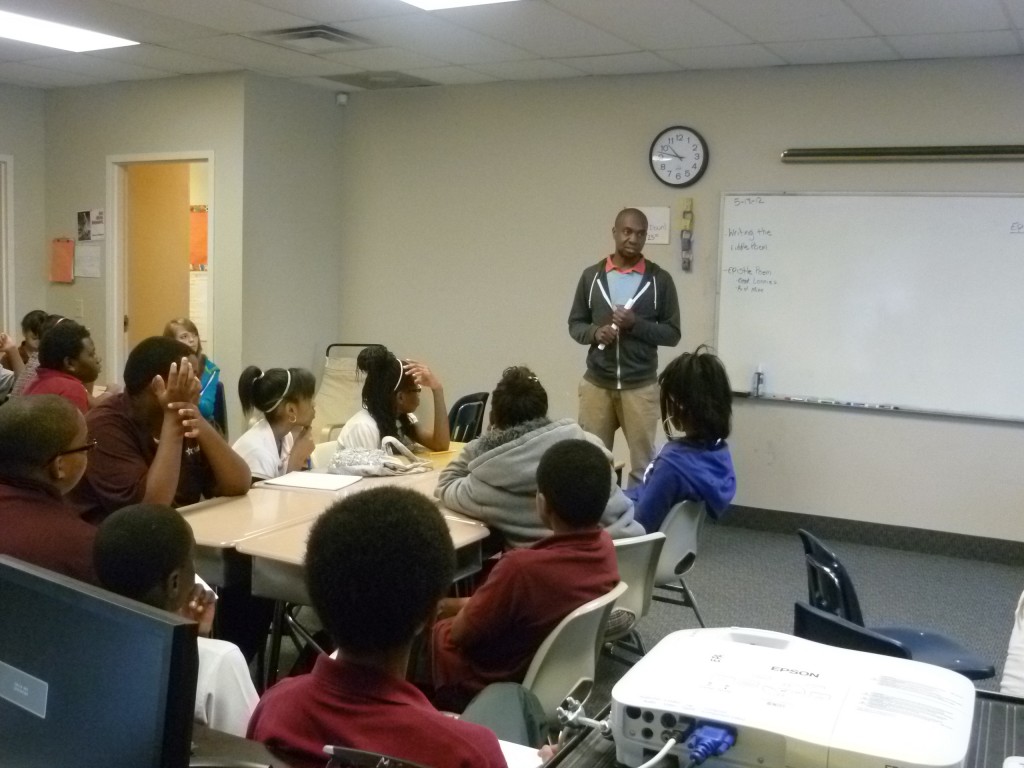 For those that have read this blog for a while, a few weeks ago I wrote a blog titled “How Do You Respond to Failure” that was about how I had messed up my first opportunity to teach kids because of a date mix-up.  I beat myself up over it, but promised myself that I would try to make up for it by making it a priority and trying it again in the future.

Well, early last week I got contacted by a friend who teaches at a charter school here in Columbus about coming in to speak to his kids about poetry.  Excited about the opportunity, I said yes pretty much immediately.

There were some small differences between this workshop and the one I was scheduled to facilitate a few weeks back. The first difference was that the kids were significantly younger this time around. Last time around I was working with a lot of upper-class high school students, but this time it was middle-school kids that ranged from the 5th through the 8th grade. This meant I had to start from scratch and couldn’t use the presentation I used before. The second difference was that I had a little less time to prepare this time around, so I started preparing immediately. I tried to have my entire talk memorized a couple days ahead of schedule.

I admit that I had a bit of anxiety about doing this.  Most of it centered around the fear of oversleeping or mixing up the date again.  I wasn’t going for it this time.  I had the date written down everywhere and all types of alarms set in my house.  Basically, any device that had an alarm on it in my house was set!  I wasn’t gonna to get caught slippin’ this time around.  Oddly enough, I didn’t even need the alarms because I was so worked up that I could barely sleep! I was awake long before my wake-up alarm actually sounded.  I was also comforted by the fact that the school was only six miles from my house, so even if I would have overslept I could’ve made it there on time.

Since becoming a full-time artist, I have always been curious about teaching and working with kids.  My curiosity has only increased as I’ve learned more about the state of the education system in this country and the dire need for role-models in our classrooms and communities.   I had been offered opportunities to teach in the past but declined because I wasn’t sure if I had anything meaningful to offer. I also wasn’t sure that I was living the kind of lifestyle that I could tell kids about.  It’s funny how things change.  Shout out to my dude Cameron for inviting me into his classroom and allowing me to have this experience. 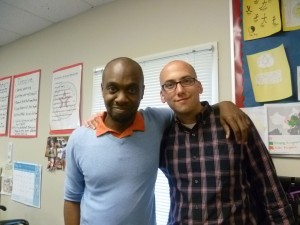 If I were to summarize my first teaching experience I would have to say that it was extremely rewarding and eye-opening.  I led two different hour-long sessions on poetry to classes that had about 20-30 kids in each of them.  I introduced myself, talked about poetry and writing, gave them some tips and a writing assignment, then had them write and share their own poetry.  It was awesome to see kids so excited about learning.  Seeing them so into writing poetry and sharing their thoughts inspired me immensely.

Overall, I’m so glad that I didn’t let the bad experience I had during my first attempt at teaching discourage me from doing this.  I was nervous but it got increasingly easier as it went on.   I walked away feeling like I had finally done something that was long overdue, and would gladly do it again.