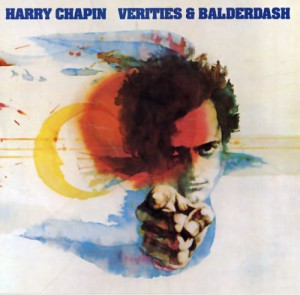 As a person that makes beats, part of the job involves spending hours listening to old albums for things that are interesting enough to sample. I have thousands of vinyl albums at my house that range from rock, to classical, to soul, and everything in between. But i will keep it completely honest with you–I find that sitting and listening to records for hours on end to be the worst part of making beats. Its also kind of tiring because you have to pay attention all the time, because if you don’t you could miss one really amazing sample.

At any rate, I was listening to an artist named Harry Chapin today. I was actually in another room letting the record play, not even paying attention when the most amazing and rediculous song I’ve heard in a long time came on. The song is called “30,000 pounds of bananas”, and yes, the song is actually about 30,000 pounds of bannanas. The song is so bugged out that i had to record it and upload it so you can hear it. Its basically about the adventures of a dude driving around with 30,000 pounds of bananas in his truck, and its completely bizarre. It’s one of those songs that leave you shaking your head in amazement and confusion at the same time.

The record came out in 1974 so I’m sure my man was on some sort of psychedelic drug when he wrote it, and everybody around him must have been just as high to let him actually put it out. So my friends, here is Harry Chapin “30,000 Pounds of Bananas”. Please do yourself and listen to this song immediately, especially if you’re having a bad day.