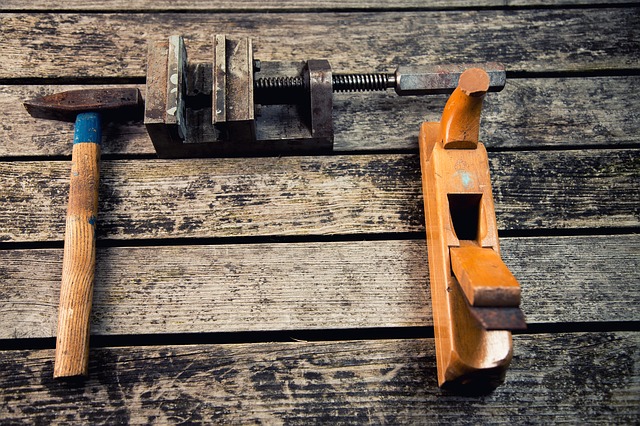 The first time I ever messed with real estate was in 2006. After saving up some money, I decided to buy a distressed property. My plan was to take a few months while I wasn’t touring to have it rehabbed, then rent it out for some future passive income.

The plan seemed simple enough but there was one major flaw: I had never rehabbed a property before in my life. I had completed several smaller remodeling jobs in my own house, but nothing on the level of what would be necessary to finish this project alone. Thankfully a friend of mine, who had mentored me through the purchasing process to that point, had a contractor that he worked with and recommended me. This contractor had helped him with his previous property and was said to have been a good guy.

Unfortunately, the experience I had with that contractor was nothing like his.

The first thing thing I noticed about this contractor was that he wasn’t that good of a contractor. He wasn’t terrible, but he certainly wasn’t as professional as he could have been. It wasn’t uncommon for him to create huge messes and never clean them up, take entirely too long to finish simple tasks, or to create more work by rushing into fixing something without properly diagnosing the problem.

The second thing I noticed about this contractor was his attitude. No matter what the job was, from the largest to the smallest, he always had a doom and gloom attitude about it. Any question about something being fixed would usually be met with a deep breath and a long sigh. For example, if I said, “I noticed there’s a hole in the drywall in the bathroom, can you take a look at it and let me know what’s going on?” he would take a deep breath, a long sigh, and then say something like, “sure…but man…are you sure you wanna get into that right now? It can be done, but it’s gonna take some work.” No matter what I asked him about, his attitude about it would be very negative, almost as if I was asking him to work for free or to do me a favor when that wasn’t the case.

There was a point where I left town for a month and left him three or four things that needed done. When I returned almost none of it was done. He would start things, reach some obstacle, and then just not finish it. It got to the point where he only seemed to follow-thru with his work and complete it if I was there. As a result, I started having to go up there almost everyday to work and to make sure that he was doing his work. This just made things more difficult for me because I wasn’t experienced enough to supervise him that consistently, plus I hired him under the assumption that I wouldn’t have to.

The turning point in this situation came a few months later after I had hired some guys from my neighborhood to do some landscaping work on the spot. After finishing some work one day, they came indoors to talk for a bit. After looking at the place they asked me who was doing the work inside. Thinking they were going to compliment me on it, I told them my contractor’s name. Thats when they took me to the side and started pointing out many things he was doing that weren’t up to code. They told me that certain work he did was going to have to be ripped out and redone. It was a little unsettling, but I thanked them for the heads up. Then I took some pictures, bought some books, and did some research on my own to try to confirm what they had told me. I found out they were 100% right and it was going to cost me. I was sick to my stomach.

I confronted the contractor about these things and told him that I felt he was ripping me off. This led to me firing him. For a couple of months, I went to the spot every day by myself, learning and trying to do as much as possible on my own. I was running out of money and couldn’t afford to hire another bad contractor.

That spring, a guy that used to do odd jobs for my mother stopped by and asked me how things were going. I told him everything that had happened and he told me that I did the right thing and that he would help me if I needed somebody. So I hired him to help with one job to see how things would go.

I immediately noticed a big difference in his attitude and work. Where the previous contractor always framed things in the negative and told me how hard something would be to do, my new guy would frame things in the positive and tell me what was possible. Instead of trying to put off simple jobs and avoid harder jobs, he let me know what all my options were and was prompt. Even better, he would explain jobs to me and let me know which ones I might be able to do myself to save money. He never did any work without investigating the entire situation and causing me to pay for something twice. It was completely night and day as far as his work was concerned and, more importantly, his attitude.

He was not about negativity or doom and gloom–he was about positivity and possibility.

Ever since then, I have noticed that trait in all of the successful people that I’ve encountered and done business with. Successful people, while they do evaluate situations carefully, operate in the realm of possibility–not difficulty. Meanwhile, the unsuccessful people I’ve come in contact with tend to frame everything in terms of how difficult it is. It gives the impression that they don’t want to do the work or are making excuses to avoid it. Their negative perspective not only makes it difficult for them to get things done, it makes others very hesitant to work with them.

What I have also noticed is that, in many instances, these people frame things negatively because they are either trying to get out of putting in work or they are insecure about their skills. They hope that by framing things in terms of their difficulty, everybody around them will lower their expectations of them. Once you lower your expectations for somebody or something, you will accept anything. In my case, my original contractor was able to get me to lower my expectations to the point where he could do the bare minimum and still get paid. By telling me everything was difficult, I started to see all molehills as mountains. To him, this justified the delays in completing tasks and his extreme prices. This guy literally had me waiting months to do things that he could have finished in a weekend.

Looking back now, I know that he did this on purpose to take advantage of my inexperience. Trust me, this was a very expensive mistake that I have never forgotten.

That is why I say, never trust people who push doom and gloom.

Do not trust people who only tell you how difficult something is.

Do not trust people who operate in the realm of difficulty, and not possibility.

They are either insecure or incompetent. And neither of those traits will have a good outcome in life or business.

Instead, surround yourself with people who see the possibility in everything. Do business with people who can explain things simply and aren’t trying to mystify what they do to make it seem more difficult than it really is. Whether it’s your relationship, friendships, or business–surround yourself with positive-minded people. Everything takes work, but nothing is possible without the right attitude.