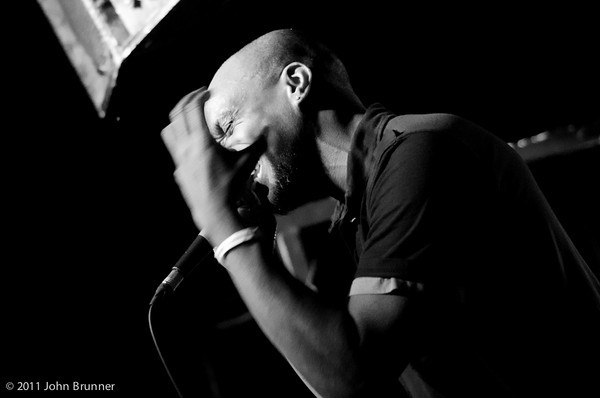 One of the questions I get asked the most often is, “What’s the most difficult thing about being an entrepreneur?“

Whenever I hear this question, it brings me back to when I first made the transition from a full-time corporate employee to a self-employed artist.  While there were many things that were legitimate causes for anxiety – like healthcare, steady paychecks, and the idea of job security – none of those things bothered me too much at the time.

What I found to be the most difficult wasn’t the work itself, but the relationships between those that did the work. In other words, I could deal with the extensive touring, the unpredictable pay, and the uncertainty of the music industry itself.  In fact, I expected those things to be unstable.  But the most difficult thing for me was understanding the way in which my working relationships had completely changed.

In the corporate world, there is a crystal clear chain of command. People don’t have arbitrary titles; their titles actually define their function inside of their respective company.  More importantly, not only is it clear what their responsibility is, it’s also clear who their superior is. Even though these formulaic categorizations can often be the most boring aspect of the corporate environment, at least you knew what you were up against.  People are who they say they are.  And, in most instances, if they were unable to resolve a problem for you, their superior surely could.

Things don’t work quite like that in the world of the self-employed.  For the most part, there is no chain of command out here.  Hell, even when there is one, it doesn’t operate with the same level of accountability that the corporate world operates with.  People might do what they’re supposed to do for you, but then again they might not. Who’s to say? And if they didn’t, who were you going to tell?  Nobody really.  You just had to deal with it.  There are obviously business consequences to this kind of freedom, but I wasn’t confident many of the people I was dealing with looked at it that way. And even if they did, I wasn’t sure if they cared.

It was a night and day difference that impacted not only whether people were going to do what they said they were going to do at all, but also when they were going to do it. I was used to working in situations where you had the ability to “light a fire under somebody’s ass” who was dragging their feet just by talking to their superior. There were many ways this came about. Sometimes during a casual conversation with another member of their team.  Other times it was during meetings where employees in the same department who were working on interdependent projects would discuss the status of their projects.  You didn’t have to rat on anybody because once everybody saw who was holding up the process, they would be exposed and have to get it together. That level of accountability ensured that employees cared about doing their work in a timely manner.

That dynamic rarely exists in a world where everybody is their own boss, which is where you spend a great deal of time if you’re an an entrepreneur. Early in my career, I felt like  even when I was on the same team with somebody we weren’t necessarily on the same page or working toward the same goal.  I had no way of getting what I wanted out of them, and they had no incentive to give it to me.  There were times when I felt really stagnated by this change of dynamics.

However, I don’t want to portray this situation as a complete negative because there is a brighter side to it.  The truth is that since nobody has any incentive to do anything for you unless they want to creates a situation where you can only be successful if you create situations that are beneficial to all parties.  For example, a booking agent isn’t going to book shows for you because their boss tells them to–they’re going to do it because they think you can blow up and because it makes them money.  A club isn’t going to book your band because of pressure from their coworkers–they’re going to do it because a packed room brings them money and makes them look good.

As pessimistic as it sounds, understanding this made me look at my past working relationships with a completely different understanding. I had to admit that nobody in corporate america did anything for me because it was the right thing to do or because they really wanted to–they did it because they wanted to stay in the good graces of their boss.  Their primary concern was maintaining their reputation as a team player.  Being an entrepreneur works in the opposite way. People work with you because there is an incentive to do so.  There is something they get out of it that is as important to them as what you want to get out of it for yourself.

At first, it seemed like such a foreign concept to me, but then I started to really embrace it. Over the years I’ve had to admit that the working relationships I’ve had as an entrepreneur have been much more rewarding because of this reality. On the whole, the people I’ve worked with in the music industry have been much more excited and positive than those I met in the corporate world.  I guess when you remove fear from the equation, people tend to only enter into situations they’re excited about and see some reward from.  And really, that makes perfect sense.  On my end, I no longer feel like I have to just “put up with people” like I did when I was in the corporate environment.  Of course, there are plenty of people who I may never do business with because we have nothing to offer eachother, but that’s a reasonable tradeoff as far as I’m concerned.

To anybody out there that’s having a hard time creating and maintaining healthy working relationships, don’t be afraid to take a step back and look internally first.  Instead of asking yourself “Why isn’t such-and-such working with me?” ask yourself “Why should such-and-such want to work with me?”  If you can’t immediately think of something that is beneficial to them, then you may need to evaluate the service you provide.  If you’re providing value then you will have no problem creating great working relationships.  It’s a tough line of questions to ask yourself (and sometimes the answers aren’t flattering), but your success may depend on it.