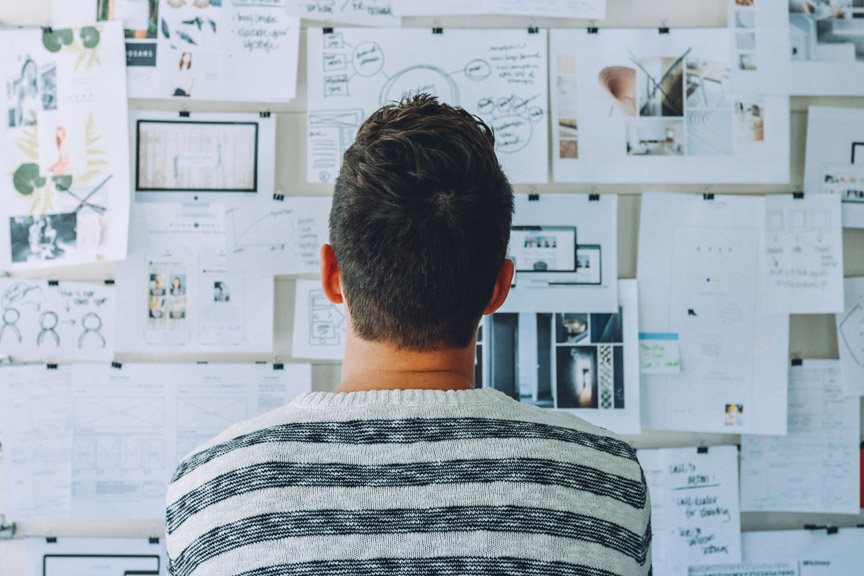 For several months in a row, I have had a feeing of uneasiness as it relates to my life. It wasn’t a constant feeling–I only felt it every now and then when I slowed down my work–but it was definitely there.

The main reason I didn’t notice it was that I was busier than I had ever been in my career. Not only was my schedule full, but it was full of meaningful projects that I had an emotional connection to and was excited about working on.

But something wasn’t right.

So I did what I normally do when something doesn’t feel right–I took a long drive. Once I was on the open road I started thinking about my goals, short term and long term.

On this long drive, I realized the following:

Realizing and admitting these things, hit me pretty hard.  But what hit me even harder was the answer I got when I asked myself how I let things get this way.

Why would I take on so many projects?

What made me so unable to see that taking on all these projects would inevitably come back to haunt me?

The answer is simple. My ego.

I’m a very confident person; confident in my abilities to do exactly what it is I say I’m going to do. I may never say it out loud, but I have a great deal of confidence that anything I commit to will come to fruition.

But along the way, my confidence–which grew as I completed more and more projects–began to get the best of me.  It went from confidence to overconfidence. And that’s what led me to where I am right now.

Furthering the problem was my level of commitment.  I consider my word my bond. Meaning, if I say I’m going to do something for somebody by a certain date I do everything within my power to make it happen. If I can’t get it done, I take it as a personal failure and betrayal to my relationship with that person.

These two factors only dug the hole deeper, because not only had I taken on too many projects, I was too overconfident to admit it was too much. I was too committed to back down from anything I had taken on.

The end result, is a year of lost productivity. I had a plate full of amazing projects, none of which received the proper attention they deserved. My days were spent running from project to project, doing a little bit of work on each, but not spending the sustained amount of time necessary to finish any of them. Along the way, the feeling of confidence I once had started sinking lower and lower. It got so bad that I started to question whether I was really talented in the first place or if I just got lucky with my past successes.

When I looked back at all the great things I had accomplished over the last five years, I realized that I had been viewing things wrong.  My mistake was to view all those accomplishments together, not as individual projects that I spent dedicated time finishing. I had finished all of those projects one-by-one, not en masse. I didn’t choose ten goals at once and finish all ten–I chose one project at a time, finished it, then moved on to the next more challenging project.  The completion of each project gave me more confidence heading into the next project, which was always slightly more challenging.

But during the last couple of years my strategy had changed; I took on several challenging projects at the exact same time, under the assumption that I could get them all done. Huge mistake!  All I got was frustrated because I was trying to do too much.

Plain and simple, less is more. The year I spent taking on seven different projects and spinning my wheels on all of them could have been spent taking on one project every three months and finishing it.  I feel awful that I let my overconfidence trick me into thinking that taking on more projects meant finishing more projects. I was dead wrong. Taking on more projects than you have time for simply means you will be spreading yourself thin across all of those projects and none of them will be getting your dedicated time. This is the high price of doing too much.

The solution then is to simplify.  I have had to revisit everything that I said I was going to do and be honest with myself; stop evaluating things with ego and bias and start evaluating them with honesty.  It hurts my pride a little bit to admit that couldn’t do it all, but I have confidence that I can get everything done if I take a more honest and focused approach to my work.

It’s going to take me a minute to reprioritize everything, but I feel confident that things are going to start flowing again, which will make 2017 a great year.  For anyone else who has felt this way lately, I woud love to hear about it in the comments.