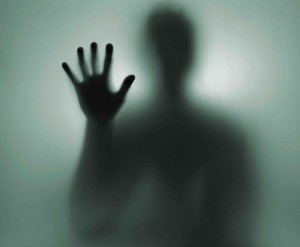 Several years ago I used to live in Cincinnati, OH. At the time I was working as a computer programmer and was just starting to get my feet wet in the local hip-hop scene.  There were some one-of-a-kind characters in the hip-hop scene then, and while most of them never made it out of the Cincinnati hip-hop scene, they contributed in a big way to what made the scene special at that time.  There was a weekly hip-hop night at Topcats that was the spot that pretty much the entire scene congregated to back then, and battling was how you earned your stripes and respect, so I was there pretty much every Wednesday night.  I didn’t battle as often as other cats but I definitely did my part to hold it down.

Well, one of the cats that was the most popular was a cat named Unseen.  Unseen was from Dayton but moved to Cincy right around the time i moved there and was a part of the crew that hosted the night, the Animal Crackers.  He would host the battles and battle pretty frequently, especially when new heads would come there from out of town and think they could run thru everybody; it was customary for one of the regulars to show them what time it was.  At any rate, Unseen was a great host and a pretty dope rapper that pretty much everybody loved.  He was a sweetheart that as far as I could tell was probably incapable of having enemies.

Unfortunately, Unseen was a troubled kid.  His problems with drugs and depression were well known among those that knew him, but he always seemed to manage it and keep his head up.  There would be periods where you saw him all the time for several months, and then he would kind of disappear for a couple months.  But he was such an honest and good-hearted dude that you would always be happy to see him again.

Well, in 2006 while I was on the road I got word that in Unseen had died.  I remember it feeling kind of fake, like most deaths do when you first hear them, particularly because dude had disappeared many times but always managed to come back.  Then after you accepted he was gone, I think most people assumed it was from drug related overdose.  At least I thought as much.  Then I remember talking to a mutual friend on the phone and they told me that Unseen hadn’t died of an overdose, he had actually committed suicide.

It kind of blew my mind at first but then I remember saying something like “damn well, i guess if he wasn’t happy here, that’s his choice i guess.” My friend, on the other hand, wasn’t as forgiving about it and said “no fuck that. i’m pissed. he’s a coward for that. he’s got a kid”

It kind of fucked me up then.

See, back then my perspective on suicide was way different.  I felt like if somebody wanted to end a life that they consider to be not worth living then that’s their right, and who am I to stop them?  I felt like it was silly how people saved people from Jumping off bridges and buildings, and that in many instances the people doing the saving are doing it more for their self-interest and need to become a hero than the interest of the person being saved.  This was the first time that my philosphy was challenged and it kind of fucked me up, because for the first time I had to admit that there’s a real downside to giving up on yourself that’s often overlooked, and maybe my view was shortsighted.

Once I took a step back and admitted that Unseen’s suicide wasn’t just about him, i then had to admit that while committing suicide seems like an act that only hurts the person doing it, the damage is just as bad if not worse to those left behind, with nothing but unanswered questions and pain in their hearts.  In this case, a daughter without a father, but it’s different for every case.

The problem is that while you may give up on yourself, the people around you haven’t, and because they haven’t given up on you, they will automatically be brought along to the depths of your depression and self-destruction.

I remember thinking this in 2006 but kind of putting it to the back of my mind, as I hadn’t really encountered anything like it until recently.

One of the scariest thoughts when I was drinking and driving home drunk, wasn’t the thought of getting caught for a DUI or going to jail.  At the time i had assessed the risk, and was ok with the consequences.  The scariest thought for me was having to tell my mother about it, and have her throw herself at the situation to fix it, even if i didn’t want any help or felt like I didn’t need any help.  That was the scariest thought, because at that point it’s beyond your control.  You may have given up, but your loved ones haven’t.

The whole thing made me realize that giving up on yourself isn’t just about giving up on your dreams, ambitions, and your potential to do something great with your life; it’s really about shitting on the love and investment that others have made into those dreams and ambitions, and in that way it seems to be way more selfish that I originally thought.

That situation was far from my last reminder of this reality.  This past spring my older brother suffered a stroke, and has been living with me the past couple months.  I try not to speak about it too much because as anybody who has a sick or disabled loved one in their family knows, it’s a very trying situation that requires sacrifice on everybody’s part.  To that effect, me and my family are still knee-deep in picking up the pieces.  But I only mention this up to bring up a conversation that me and my brother had shortly after he suffered the stroke in which he said something to the effect of “i was doing fine on my own” and my reply was “No you weren’t. if you were then I wouldn’t be here right now. you need to understand that whether you choose it or not, we’re a part of this now because we’re your family and we’re who the hospital calls when this happens”

My brother later admitted to neglecting his health and medicine because he was depressed about other things going on in his life.  I don’t know if he had given up or not, but by his own admission he certainly hadn’t done the things he was supposed to do about his health–things that fall under the umbrella of “giving a fuck”.   When he admitted this to me, the first thing I thought about was Unseen, and his child that will never see her father again.  How they had both given up at some point, even if it was just a momentary weakness, and failed to understand that just because you’ve given up on yourself–others around you haven’t, and you can’t make your loved ones let go of you just because you’ve let go of you.

It’s the price of admission for the love we receive.

And truthfully, that’s how it should be.  Think of the heights we soar when the winds of our family and friends is beneath our wings.  Think about how much we can accomplish when we know people expect excellence from us.  Think about how just knowing somebody cares about them is enough to give a sick person a reason to fight for their life.  It’s amazing, and should never be taken lightly.

Just something to think about the next time you’re thinking about giving up.  I know I will.

(NOTE: I have since learned from talking to Unseen’s mother that he in fact does not have a child.  my apologies for the confusion.  I was told this by a person that was a good friend of his and assumed it to be true.  I did not mean to be disrespectful about Unseen or hurt his loved ones.)