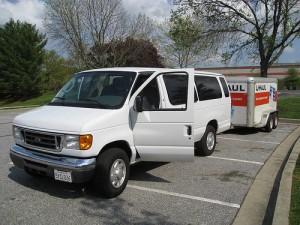 1. There are people who have to tour all year long, just so they can afford to live where they do for a few months out the year.  Obviously, this depends on where you live and how expensive it is, but the irony can’t be ignored.  Having to be gone all the time just to be able to be home a little bit of the time is a fucked up situation.

2. The best time for touring is the Fall and the Spring. In general, summer (except big festivals) and winter are to be avoided.  The holiday season isn’t that great either.  But the fall and spring are where it’s at.

3. When tours don’t come to your city it’s not the artists fault.  Most people assume an artist looks at a map, thinks about what cities would like to see him play (based on how many facebook or myspace messages he gets) and puts the tour together.  The truth is that the artists have very little say, and usually make no decisions about where their tour goes.  Booking agents and local show promoters actually decide.

4. Some venues take a cut of artist merch sales.  If it were up to the artists most of them would probably charge a lot less, but there are instances where venues charge 10%-25% markup on everything, which in turn forces the artist to raise their prices. If you’ve ever wondered why some CDs are like 20 bucks at oneconcerts and only $10 at another, that’s why.  The bigger (i.e. the more corporate) the venue, the more they take out.  For no other reason than they can.

5. It’s very difficult to eat well on the road.  That being said, if you don’t eat particularly well at home you’re gonna be even worse when you’re on the road.  If you eat well at home then you’ll be better off, even though your options for eating well wont be as good and they’ll always be more expensive.